Know when you're too drunk to drive... and then who's taking you home 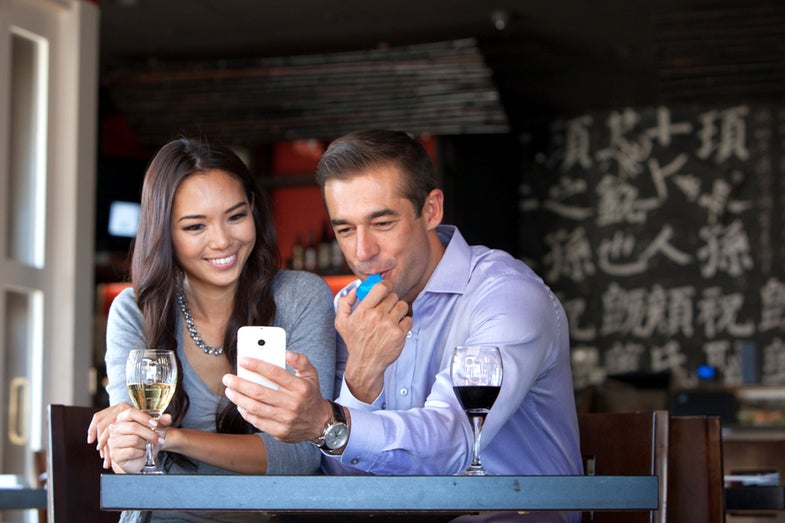 Sometimes taking a cab is convenient–and sometimes it’s necessary. If you go out celebrating and perhaps have a few too many cocktails, then you should look for a safe ride home. Ride-sharing service Uber has already helped reduce drunk driving crashes in California, according to a recent report from Mothers Against Drunk Driving. Now, thanks to a collaboration between Uber and portable breath analysis device maker Breathometer, it’s even easier to know when you should be looking for a ride.

Breathometer is one of several makers of breath analysis hardware that connects to your smartphone. The device works in conjunction with an app to calculate your blood alcohol content (BAC), just like a breathalyzer that police might use at a traffic stop. The company’s taken advantage of Uber’s application programming interface (API) to build support for the livery service into its own app. Now, when you blow a 0.04 BAC or more, the Breathometer app will prompt you with a Get Home Safe feature, which lets you not only request an Uber but also call a traditional cab or a designated driver.

Over the last nine weeks, Breathometer has been piloting the Uber integration, and found that 42 percent of those users who registered a 0.04 BAC or higher visited the Get Home Safe screen, with 54 percent of those users–more than 1,700 people–eventually choosing the Uber option. It also doesn’t hurt that Breathometer has seen a 40 percent spike in people using its products since adding the ride-sharing integration.

Granted, the biggest challenge is actually convincing people to invest in a portable breath-tester–and then to use it. Some companies have gone further, trying to develop technology that would actively stop people from driving drunk, such as identifying drunk speech patterns when people get behind the wheel, but that requires more buy-in from auto makers.

To appeal to the wallet as well as common sense, Uber and Breathometer have teamed up for a couple promotions. The first 100 people to use Uber through the Breathometer app will get a free ride up to $20 with the code BREATHOMETER20. And Breathometer is also offering 10 percent off both its Original Breathometer and new wireless model, the Breeze, through March 7.