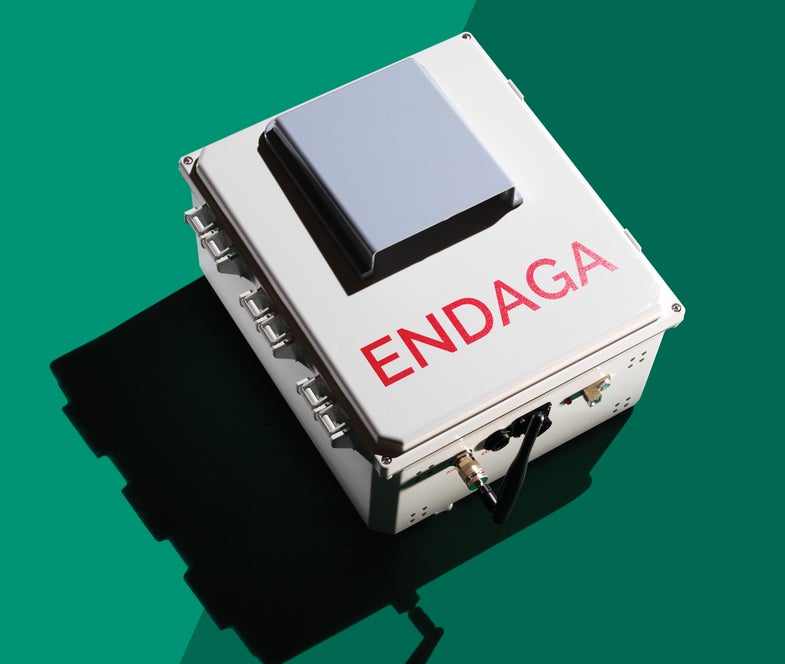 If you live in or near a city, it’s hard to imagine not finding a cell signal. Telecommunication companies spend hundreds of millions of dollars on cell towers and bulky base stations. The trouble is, they’ll only install them in places where the network will get ample use. Sparsely populated areas usually don’t qualify, and that means more than an estimated one billion people worldwide lack access to reliable phone and Internet service.

Kurtis Heimerl enables entrepreneurs to build their own wireless net­works. A postdoctoral student at the University of California at Berkeley, Heimerl packed a Linux computer, a 900 MHz power amplifier, and a 2G cellular-network antenna into a microwave-size box called Endaga CCN1. It costs a relatively modest sum of $6,000 and is simple to set up: Plug in power and Internet, mount the unit to a tree or pole, and voilà: connection. Endaga can connect up to 1,000 people within a six-mile radius.

This article was originally published in the February 2015 issue of Popular Science, under the title “A Cell Network That Targets Dead Zones.”