Let’s leave aside for the moment the question of whether powdered alcoholic drinks are a good idea, and think about... 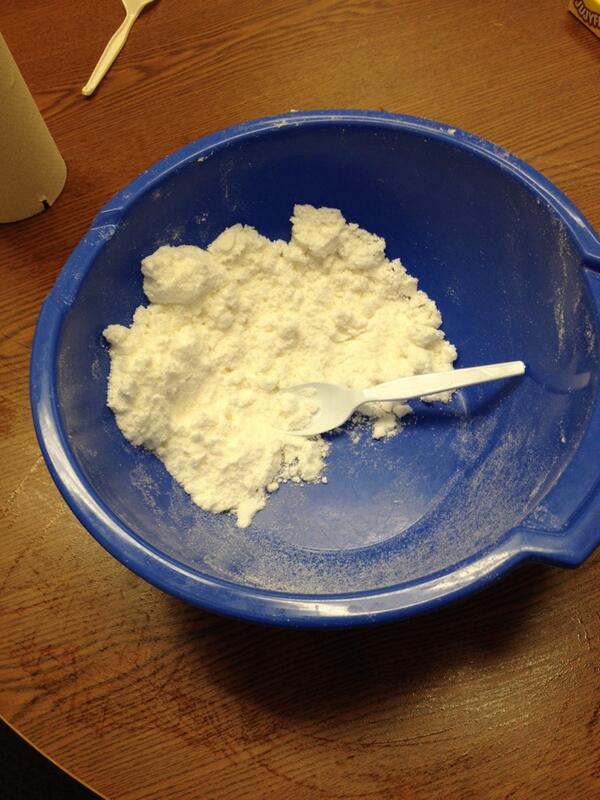 About a 50:50 mixture of Everclear and cyclodextrins. Matt Hartings, American University
SHARE

Let’s leave aside for the moment the question of whether powdered alcoholic drinks are a good idea, and think about how you might actually make them (see also here). There are lots of technologies to dry foods, but the trouble is raising the temperature or lowering the pressure to evaporate off the water is going to evaporate off the alcohol too. The recent product announcement from Palcohol gave few details, but a similar idea was described in this 1974 General Foods patent.

General Foods claimed to be able to make a powdered alcohol by absorbing ethanol onto a carbohydrate powder. They were looking for powder that disperses easily in water to make a clear, low viscosity solution without any strong tastes and settled on dextrins – short chain linear polymers of glucose made by hydrolyzing starch. In their case chains about 10 glucose residues long were considered optimal; too short and they start to taste sweet, too long and the solutions become viscous. In the patent they describe how the powdered dextrin can be “expanded” to increase its affinity for ethanol usually by mixing it with water and then running through a roller dryer then grinding it into a loose powder. The powder can then be mixed with liquid ethanol and flavorings forms a dry, free-flowing product, containing up to 60% ethanol by mass, and stable for many months. They claim all sorts of wonderful applications of their invention, but it never seemed to make it to an actual product.

It could be Palcohol is based on a completely different technology. On their website they say the inventor Mark Phillips “…searched for powdered alcohol and it wasn’t available. So he began his quest to create it. After years of research, experimentation and consultation with scientists around the world, he finally came up with powdered alcohol and called it Palcohol” and that they are currently in the process of patenting it. It will be interesting to learn more.

(Pictured is a micture of about 50:50 Everclear and cyclodextrins made by Matt Hartings at American University. According to Matt it didn’t smell very alcoholic and was very “fluffy” to the touch).