A milestone in polio eradication 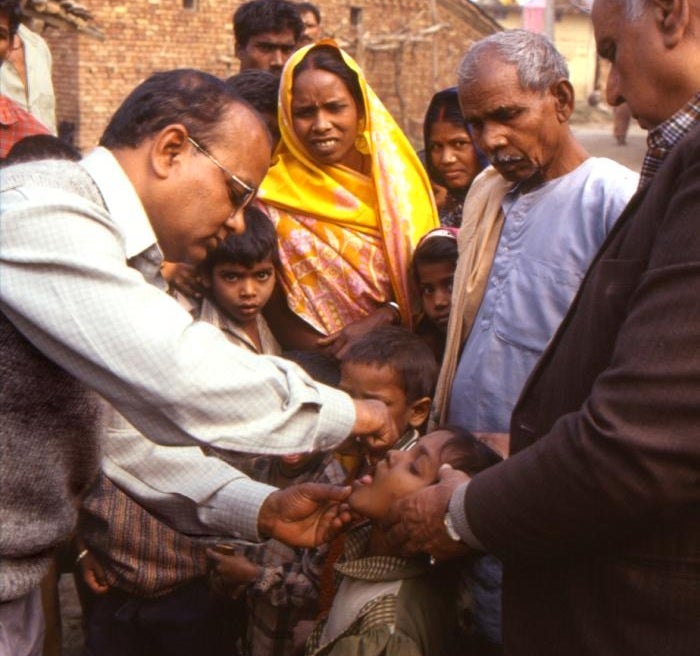 The World Health Organization is officially declaring today that its South-East Asia Region, comprising 11 countries, is polio-free. That means poliovirus—which can cripple or kill infected babies—is no longer endemic there. However, any unvaccinated South-East Asia Region residents may still get sick from polio transferred from other countries.

Among other things, the World Health Organization is having high tea to celebrate. You can see the schedule for the day at the regional office’s website. You can also watch a livestream of the official declaration starting at 9:00 am Eastern, or 2:00 pm in India, where the celebration will be held.

Just a few years ago, clearing polio from India was considered a nearly impossible hurdle, as Popular Science reported in January. India was the last country in the South-East Asia Region to eradicate polio.

Now, the challenges lie in the Middle East. In Iraq and Syria, violence and the dislocation of refugees make it hard for vaccination campaigns to stay strong and reach all the kids they need to. Earlier this week, international officials confirmed Iraq has one case of polio, its first in 14 years, IRIN reports. Syria is also sustaining a polio outbreak, as the war there has stalled vaccination efforts. Before the war, 99 percent of Syrian kids were vaccinated against polio, NBC News reports. In 2012, only 52 percent of eligible children got the vaccine. Officials are especially worried that Syrian refugees will bring more polio into Iraq.