The Weird Way Captain Crunch Makes You Love Him

The Captain and other cereal mascots make eye contact until you accept their brand goodness into your heart. 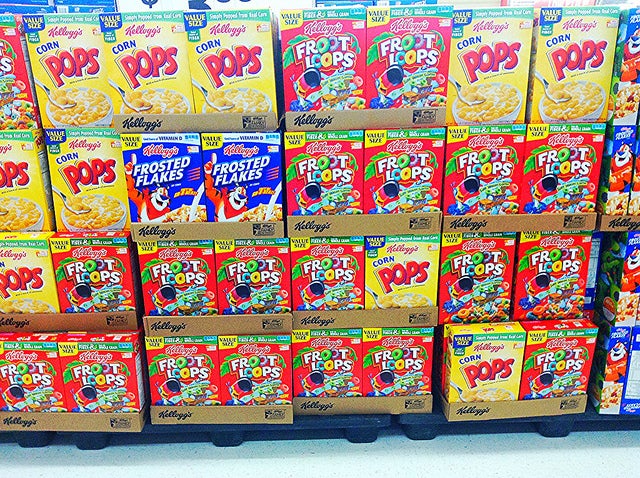 No surprise: The Brands want you to want them. What’s odd are the lengths—often subliminal—they’ll go to make you a repeat customer.

Researchers at Cornell’s Food and Brand Lab recently studied the cereal aisle. It’s already been established that boxes are placed to maximize the chances of being bought; the kid cereals are on the lower shelves, for example, while the adult cereals are higher up. The Cornell team went even more granular. They examined the mascots on each box, and measured the angle of their gazes. Go figure, this was a real thing: In 65 cereals from 10 grocery stores, kids’ cereals consistently featured mascots with eyes pointing about 9.6 degrees downward, while adult cereal mascots faced at a (negligible) 0.43-degree upward angle. Like a gothic painting, the eyes of the Trix rabbit seem to be following you everywhere.

The next question, of course, was: Does that matter? The answer is: Yeah, sure, a little.

The team enlisted 65 university students and had them look at two versions of a Trix box. In one, the rabbit made eye contact; in the other, it faced too far down. The researchers then asked the participants to rate their feelings about Trix. On average, the students who looked at the eye-contact version had a 16 percent higher “connection” and 10 percent higher level of “trust” for the brand. They liked Trix more in general, too.

A little creepy, yes, although the effect was small and it’s not clear how deliberately The Brands are using this effect. From now on, to stay unbiased, shop for cereal using only your sense of touch.