Why Do We Blame The Obese For Their Obesity?

Last month I attended a talk given by biologist Dr. Jeffrey Friedman at the much beloved NYC-based lecture series, Secret... 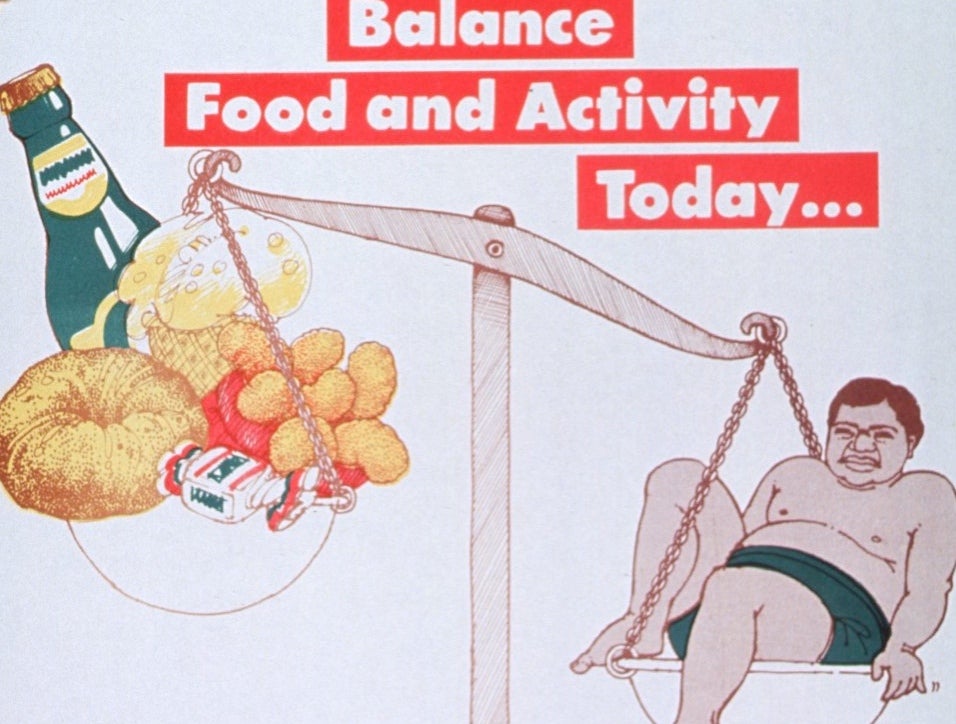 Last month I attended a talk given by biologist Dr. Jeffrey Friedman at the much beloved NYC-based lecture series, Secret Science Club. Friedman, a 2010 Lasker Award recipient, was there to discuss the research that culminated in that prestigious award—his discovery of the hormone leptin and its relationship to the genetic underpinnings of obesity. There was also a themed cocktail, appropriately named “The Love Handler.” Punny cocktails and rat models of food and dopaminergic reward systems? Sold.

Friedman posed a question early on in the evening: What did we believe underlies the obesity epidemic? Is it self-control, genetics, or environment? Of course, most people would likely answer that it’s a complex combination of the three; typically, no one factor entirely determines our health destinies. But it’s the relative importance we ascribe each factor that translates into the moral judgments we sometimes hold regarding the overweight. In his talk, Friedman addressed a few aspects of his research, which made me wonder just what we know about obesity and genetics. Sure, we might say, genetics plays a role in health. But it’s far beneath lifestyle, environment, and willpower, right?

Friedman presented an overview of the hormone leptin and its role in maintaining weight. His research showed that fat itself is an endocrine tissue that secretes leptin, which, in turn, affects appetite and metabolism. Simply put, when fat is lost, levels of leptin fall, and appetite is increased. Your body is attempting to replace fat and restore the “balance” of leptin. When levels of leptin rise above a certain point, appetite is suppressed. In this way, our bodies seek out some homeostasis, and it’s likely that we have some genetic predisposition to fat, and therefore leptin, levels.

Unsurprisingly, overweight individuals show higher levels of leptin than slim people. So, why doesn’t that leptin “kick in” to suppress their appetites? It’s not entirely clear, though the most simple options would be that either their bodies simply seek a higher level of leptin in the bloodstream to feel sated or they’ve become leptin resistant. Leptin resistance can be thought of in similar terms to type 2 diabetes; in many cases the body produces sufficient insulin but has become resistant to its effects.

A minority of obese people and animals show genetic anomalies that vastly reduce their leptin levels or leave them completely unable to produce the hormone. This can lead to insatiable hunger and weight gain. In some of these cases, leptin therapies help substantially. But obesity also has many other genetic and environmental factors. For instance, though the exact reasons a so-called leptin resistance might develop (or be present all along) have yet to be discovered, a study in rats did find that those fed a high fructose diet were less reactive to leptin. It isn’t as if the foods we eat have nothing to do with weight gain.

And Friedman doesn’t make this assertion. Rather, it’s the relative weight we give to these factors. But, perhaps, the larger point here is that Friedman’s groundbreaking research came out in the ’90s, and new discoveries around the biological nature of appetite, metabolism, and obesity occur all the time. Yet the belief that those who are obese choose obesity persists.

As a culture, we know the clickbait headlines claiming that our genes “make us” love, cheat, or prefer the color blue are too simple, too distilled, but we oddly accept the underlying premise—that we somehow both are and are not making our own choices. Our genetics quietly tick away in the background, we feel, directing without distorting our perception of the self and its will.

But when the issue of weight gain and the obesity “epidemic” are discussed, this affection we have for genetic predispositions begins to recede. Though it’s mostly acknowledged that obesity is the result of diet, environment, and genetics, we often ascribe relatively less importance to the genetic part of the equation. As the diet industry—whose advertising dollars are principally directed at women—can attest, we deeply believe in the archetype of the woman who, through willpower and hard work, transforms herself. Try harder, we tell her. But it’s more complicated than that.