A staple. Lint. Wooden blocks. A penny. A plastic spoon. Pine needles. Sand. A Sock. Two remote controls. A board... 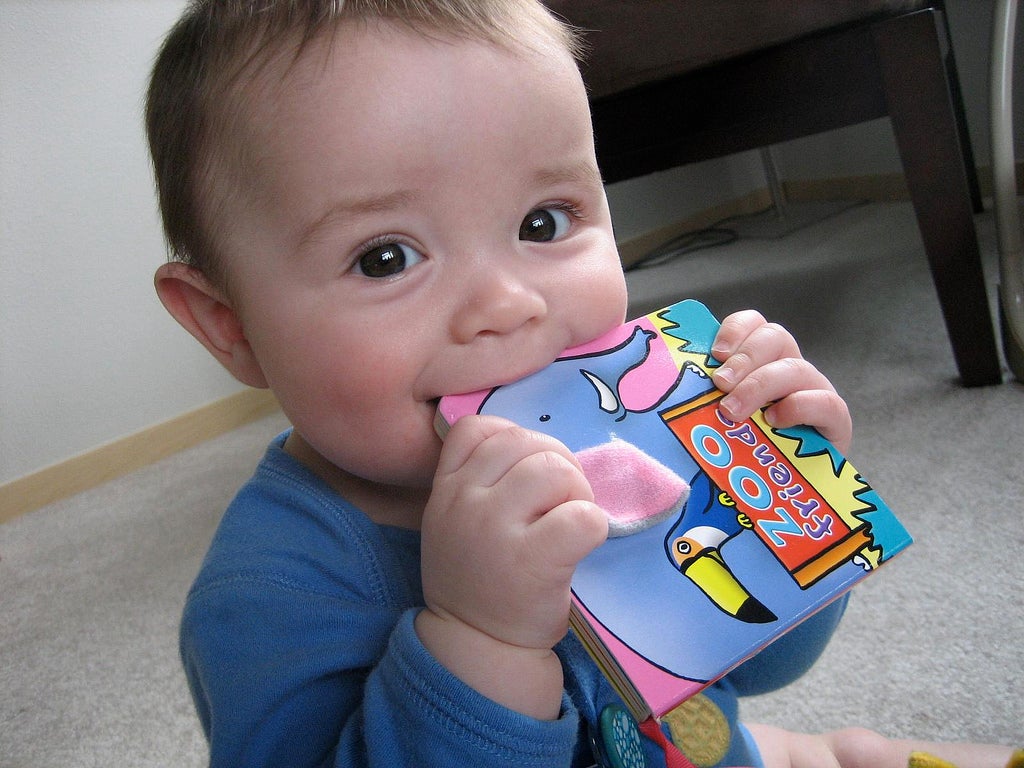 A staple. Lint. Wooden blocks. A penny. A plastic spoon. Pine needles. Sand. A Sock. Two remote controls. A board book. A computer cord (oops). A flip-flop. A jar lid. A wooden coat hanger. This is a list of the non-food items that my baby has put in his mouth in the past four hours.

The topic of why babies put everything in their mouths is a popular one with parents.

The question has intrigued scientists as well. In a 2000 study, psychologist Philippe Rochat gave newborn babies pacifiers of different shapes, sizes and textures. He noticed something: the babies could recognize shapes they had sucked on but not seen. They were seeing the world with their mouths. (I have to wonder what kind of exquisite mouthfeel a computer cord must have.)

This all makes sense in a timeline. At two months, babies aren’t able to reach for things, but they are able to transport objects to their mouths and explore the outside world within their own bodies. By seven months, they’re able to grasp objects – but not to prod or poke or manipulate them. So into the mouth everything goes. 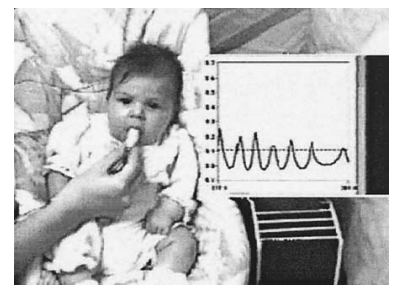 The machine captured variable pressure as the baby sucked.

Rochat also analyzed the pressure babies put on the objects in their mouths using a nifty polygraph machine that created a readout of pressure over time. He saw that the infants were using “nonrhythmical, disorganized movements of the tongue, lips and jaw.” Those movements when the shape of the object in their mouths was less like a biological nipple, so Rochat surmised that the babies weren’t sucking in a feeding way.

He went on to say that by putting things (including fingers) in their mouths, babies gained important information about their own bodies: “that they have an inside as well as an outside, and that the inside is enveloping and wet, and the outside open and dry with a different temperature and texture.” The tongue and lips contain loads of nerve endings, making the sensory experience of mouthing something one that contains lots of important information.

Babies’ mouths also guide their food preferences. They are born with far more taste buds than adults (more taste buds than at any other time in life, in fact). Sensitivity to sweet and bitter tastes is present at birth, but reactions to salty foods don’t come until about 5 months.

So when does all this mouth-craziness end? Most pediatricians estimate that the mouthiness continues until kids are 3 to 4 years old – so they may be many more days of trying to make sure that only safe things pass my boy’s lips.