Big Idea: The Rise Of Supermaterials

The 2D revolution is here 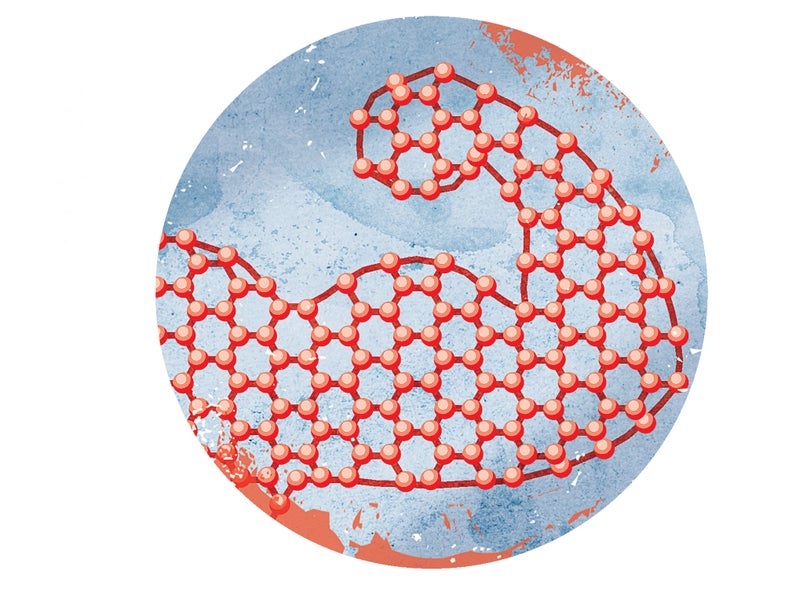 Engineers are taking materials into a whole new dimension: the second dimension. By transforming 3D clumps of atoms into 2D sheets, researchers are finding amazing untapped potential in ordinary-­seeming elements.

The 2D revolution began more than a decade ago with the discovery of graphene, a mesh of carbon atoms linked together like the wires in a chain-link fence. It’s transparent but more than 200 times stronger than steel, nearly impermeable, and an excellent conductor. Turning graphene into practical devices has been a challenge, but teams are now closing in on a few: ultra-high-density computer flash memory, a broadband radiation detector, and a tool for precision medical imaging.

The goal for 2016 is to mix and stack flat materials to combine their best qualities. A team at Lawrence Berkeley National Lab has started building 2D sheets that function as a laser, with applications that range from quantum computing to—ironically—­3D displays.