It's a single-atom-thick array of germanium atoms that could make for super fast transistors. 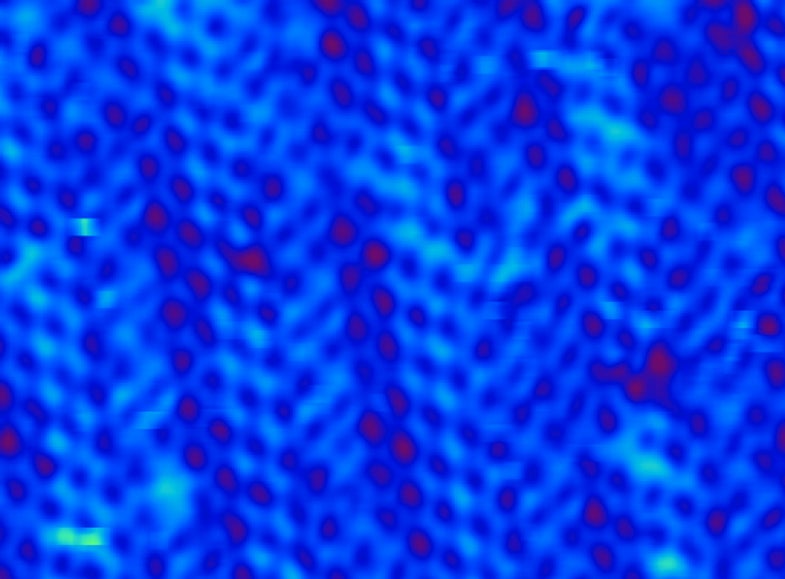 Guy Le Lay says he’s working his way down the periodic table. In 2012, he was the senior scientist on a research team that was the first to prove it had created silicene, a one-atom-thick array of silicon atoms. Silicene is the silicon equivalent of graphene, which is a flat array of carbon atoms with a number of potential applications in super fast computing. Silicon also happens to be just below carbon on the periodic table. Now, Le Lay and his colleagues are publishing evidence that they’ve made germanene, a material made of a single layer of atoms of germanium, the next element down the list.

The report from Le Lay, a professor emeritus of nanotechnology at the Aix-Marseilles University in France, comes just a month after a Chinese team became the first to create germanene. The coincidental publishing highlights the work scientists have put into making two-dimensional materials.

Researchers who study 2-D materials hope that they can one day be incorporated into next-generation transistors or even quantum computers, both of which have promise to overcome silicon’s physical limits and make future computers faster. Silicene and germanene are expected to have unusual electrical properties, the way graphene does. For example, electrons are expected to move across their surfaces at extraordinary speeds, the way they do across graphene. 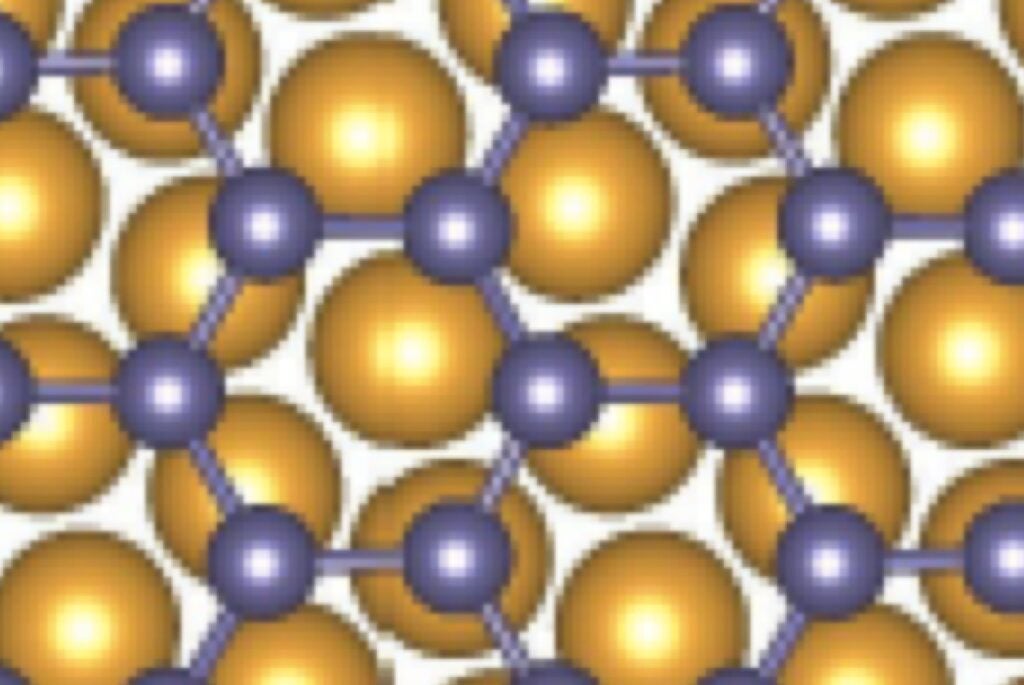 This illustration shows the arrangement of germanium atoms (purple) in germanene. The golden atoms in the background represent germanene’s gold substrate.

It’s hard to know which material will win out in the computers of our future. Graphene? Germanene? Tinene, a 2-D array of tin atoms, which Le Lay wants to make next? (Yes, tin is the next element underneath germanium.) Every 2-D material has its own strengths and weaknesses. Germanene and silicene have natural bandgaps, a quality necessary for transistors, while graphene does not. Graphene has been studied far longer, however, so engineers are better at manufacturing it. They’ve already tried making transistors with graphene, using workarounds to deal with its lack of bandgaps.

Meanwhile, simply making germanene and silicene is a feat. The discovery and characterization of graphene was an exciting and important piece of science, but at least graphene was easy to create. Carbon atoms often naturally take on the hexagonal, “honeycomb” arrangements that characterize graphene, silicene and germanene. On the other hand, atoms of silicon and germanium don’t like arranging themselves in this way. Before some recent theoretical work, chemists thought silicene and germanene couldn’t exist, Le Lay says.

To force atoms of silicon and germanium to bind to each other in flattish hexagons, engineers heat the elements into a vapor, then condense the vapor onto a metallic surface. For germanene, the Chinese group condensed their germanium vapor onto a platinum substrate, while Le Lay’s group used a gold substrate. After that, for the materials to be useful, researchers need to be able to take the materials off their substrates—just like a sticker isn’t useful unless you’re able to peel it off its backing. That step is still a subject of study, so you can imagine it will be many years yet before these graphene cousins show up in anything practical.

“I don’t want to hype this too much,” Le Lay says several times in our conversation. But it is really something, he thinks, that research groups have made a material that does not form in nature. “This material doesn’t exist—not on Earth; not in the universe; not, probably, in the multiverse,” he jokes. “God forgot to create it.”