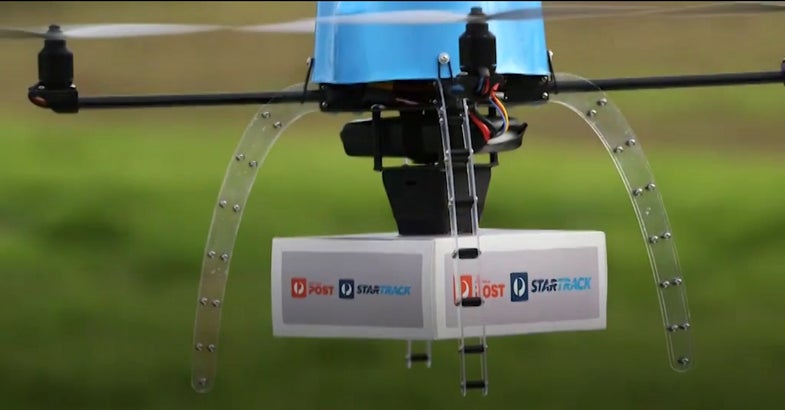 Quietly, Australian postal engineers are building the future. Delivery drones were born first as whimsy and then as marketing, lofty ambitions placed on clumsy, flying toys. We saw them in commercials as gimmicks and on 60 Minutes as a promise of the future. And then, slowly, the flash faded. Amazon’s multirotor machine gained a bulky, plane-like body. Google’s Wing changed from a skyhook to a lander. And now, the technology is in the hands of engineers, figuring out how, exactly, to make small flying machines into useful postmen.

Australia’s postal service is trying out drone delivery as a way to get packages to the doors of people in rural areas whose mailboxes are far from their houses. That might not be world-changing, but it’s great news for older Australians and people with disabilities, as deliveries arrive where they’re needed, instead of requiring an arduous trip to pick them up.

From the Sydney Morning Herald:

It will be years, if not decades, before drones live up to their delivery promise, but in small ways, at places on the edge of need, people are starting to figure out drone delivery. Flirtey tested its drone on an “urban delivery” site in a Nevada town of 3,000. Switzerland is testing mail drones for especially rural and inaccessible areas. And in Australia, they’re trying drones not as a whole network, but as the last step in an existing postal system, which can help those most in need. However it goes, it’s in the hands of the engineers and regulators now. Success alone should be marketing enough.