Artificial Molecules Could Be Tailor-Made To Stamp Out Smelly Pits

They prevent odor from forming in the first place 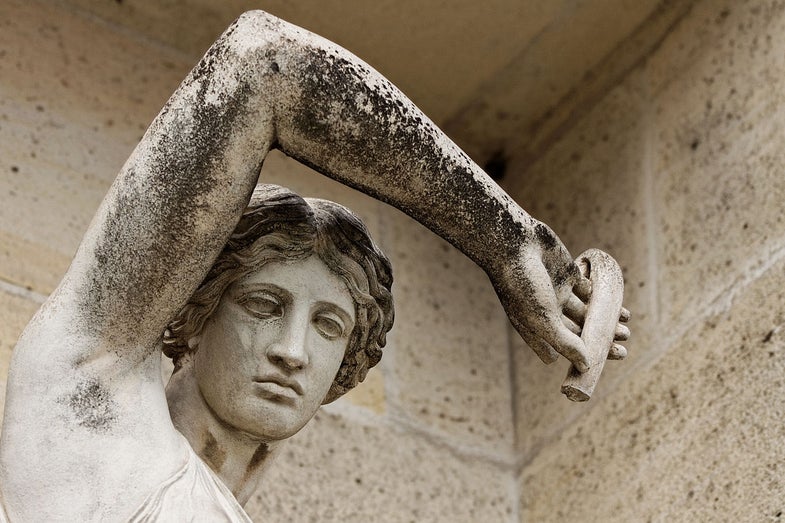 To varying degrees, we all have a bit of that natural funk. Our body odor stems from a friendly batch of bacteria that takes up residence in our armpits. Typically, deodorant will stop the smell by killing the bacteria. But, researchers at the Compiègne University of Technology and L’Oreal developed specialized molecules called molecularly imprinted polymers, or MIPS, which work by preventing the odor molecules from forming in the first place.

The MIPS, also known as plastic antibodies, are synthetic antibodies. Like their organic counterparts, they are able to target a particular molecule. Unlike their organic counterparts, they are relatively cheap. So far, MIPs have been explored as a helpful tool for biosensing and medical treatments. In a paper published in Angewandte Chemie International Edition, and patent application, the researchers describe a method for incorporating them into cosmetics, specifically deodorants.

The key here, is that unlike other deodorants, which as you remember, kill the smell-causing bacteria, these MIPs would keep the microbial environment on your skin safe, and at the same time stop body odors before they form. They do this by first trapping the precursors to the bad odors, and then preventing them from undergoing hydrolysis. This kept the odor molecules from forming. Then the added challenge was to create an MIP that could also be used on the skin.

While these MIPs are still under development, they could lead to healthier (and less smelly) armpits for us all in the future.