Video: Automatic Pastry Identifier Can Tell a Croissant From a Baguette in One Second

“I will have that curly thing,” as I once put it to the pastry-selling woman across the counter. There was... 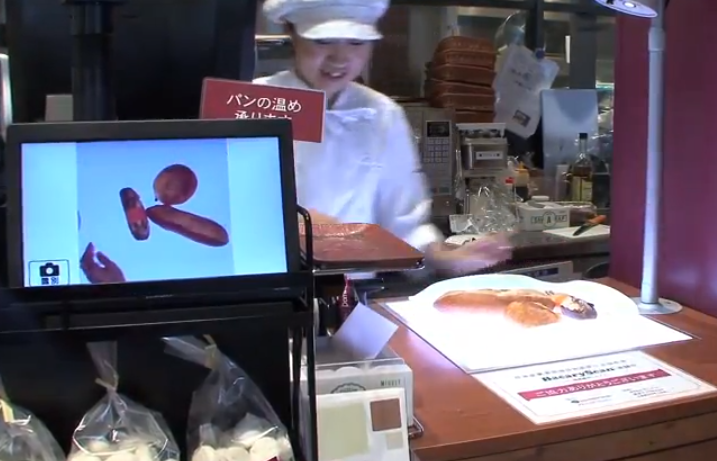 “I will have that curly thing,” as I once put it to the pastry-selling woman across the counter. There was no sign, so how was I supposed to know it was called a pecan braid? This new food recognizer could have helped!

For whatever reason, Japanese image-recognition systems are particularly tuned to examining food, picking an avocado from a mango and so on. A new system brings this capability to the bakery aisle, figuring out what is a croissant versus a strudel versus a pig-in-a-blanket. It would help part-time staffers know the various names of the things they’re selling, or customers like me who think something looks tasty but have no idea what it is.

Place an item on a light table, and an internal scanner will capture an image of the pastry in question. Brain Corporation, in cooperation with the University of Hyogo, tested the software at a Tokyo bakery and found it can identify baked goods on a tray in one second.

The system has to learn various food patterns to tell the goods apart, and this can be tricky with things like sandwiches, which look the same from any angle but have different contents. A green outline surrounds the food item to ensure it has been correctly identified. A yellow outline means the computer is not sure, and a baker can help it by choosing from a list of possible matches. It could also be used to detect other items, according to its designer, Kazuyoshi Tajika.

The system could conceivably detect anything you can make in the Rheon turducken pastry-encrusting machine, another feat of Japanese food-related engineering. Watch it in action below.