Test pilot and speed freak Chip Yates, already a record-holder for the world’s fastest electric motorcycle, broke another one last... 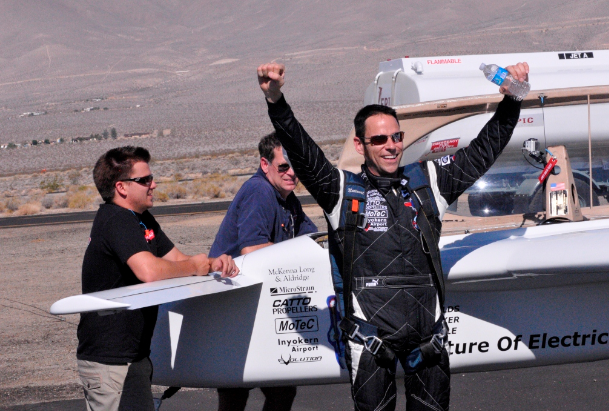 Test pilot and speed freak Chip Yates, already a record-holder for the world’s fastest electric motorcycle, broke another one last week in his all-electric airplane. In only its second flight, his Flight of the Century Long-EZ took to the skies over Inyokern Airport in California and reached a top speed of 202 MPH.

The 16-minute flight was not without drama, after the aircraft lost power and forced a dead-stick landing. Yates earned his pilot’s license in two months, and had logged just 58 hours of flight time before this trip — a dead-stick landing, flying without power, is a heady test for an inexperienced aviator.

The Long-EZ is a modified version of a plane designed by aviation god Burt Rutan, with a front canard design that makes it highly aerodynamically efficient. 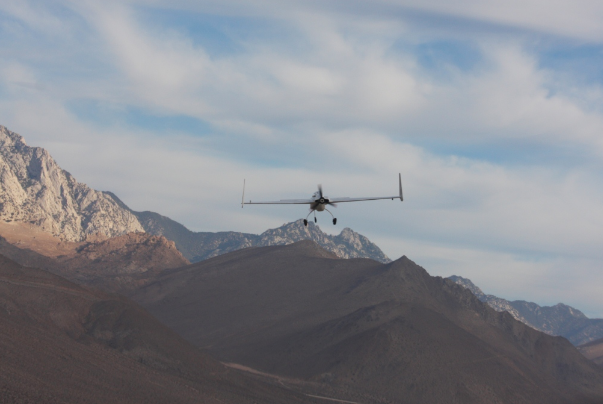 Flight of the Century’s goal is to prove battery-powered aircraft can be practical and safe, so many more tests are likely to come. Yates’ eventual goal is to fly across the Atlantic Ocean, emulating Charles Lindbergh’s historic flight. Meanwhile, check out the dramatic video from the Long-EZ’s record-setting flight.