This year is the 140th annual Kentucky Derby. Here's how the sport is changing. 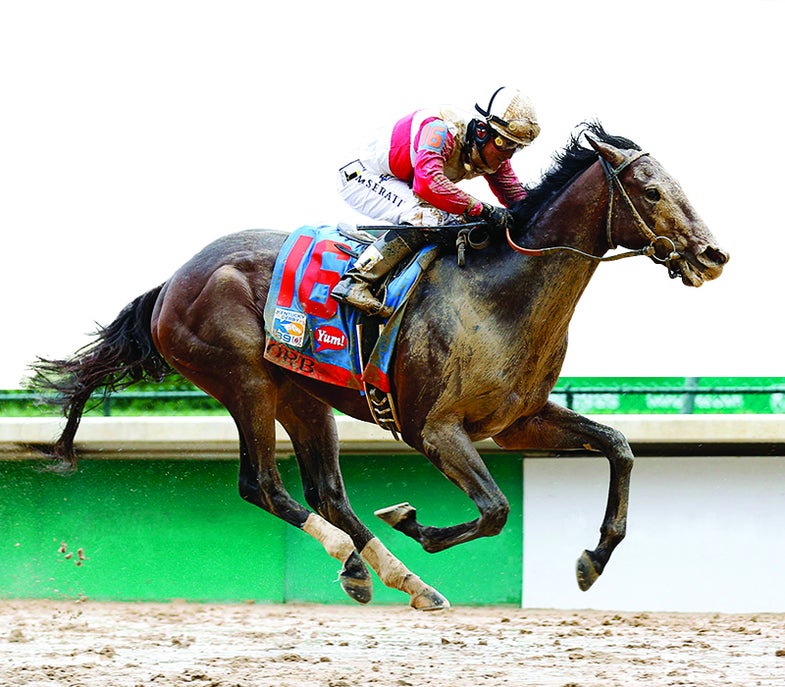 Orb, with Joel Rosario up, captures the 139th running of the Kentucky Derby at Churchill Downs in Louisville, Kentucky, on Saturday, May 4, 2013. (Ron Garrison/Lexington Herald-Leader/MCT). Ron Garrison
SHARE

This month, thoroughbred horses will race down the one-mile-long Churchill Downs track in Louisville, Kentucky, for the 140th year. Although the Kentucky Derby is steeped in tradition, horseracing embraces new science and technology.

While Churchill Downs is dirt, synthetic tracks are becoming popular. One study found that fatal horse injuries dropped by 37 percent on such tracks. Other experts think they may cause more minor injuries, leaving horses open to catastrophic
ones later.

The world’s largest 4K screen—roughly the size of three NBA basketball courts—debuts at the Kentucky Derby this year.

Last fall, Australian scientists shod a racehorse with the first pair of 3-D printed horseshoes. Made from titanium, they’re up to half as light as traditional aluminum shoes and could provide a much better fit. Before 3-D printers take over, though, they’ll need to get faster. The shape of a hoof can change within an hour; printing a shoe currently takes several hours.

Horses born earlier in the year have the advantage of maturity when racing against others in their age bracket. Irish company Equilume designed a new mask to trigger earlier breeding times. The mask shines blue light into a mare’s eye, which tricks her body into thinking it’s already summer. As a result, she produces less melatonin and so prepares for breeding.