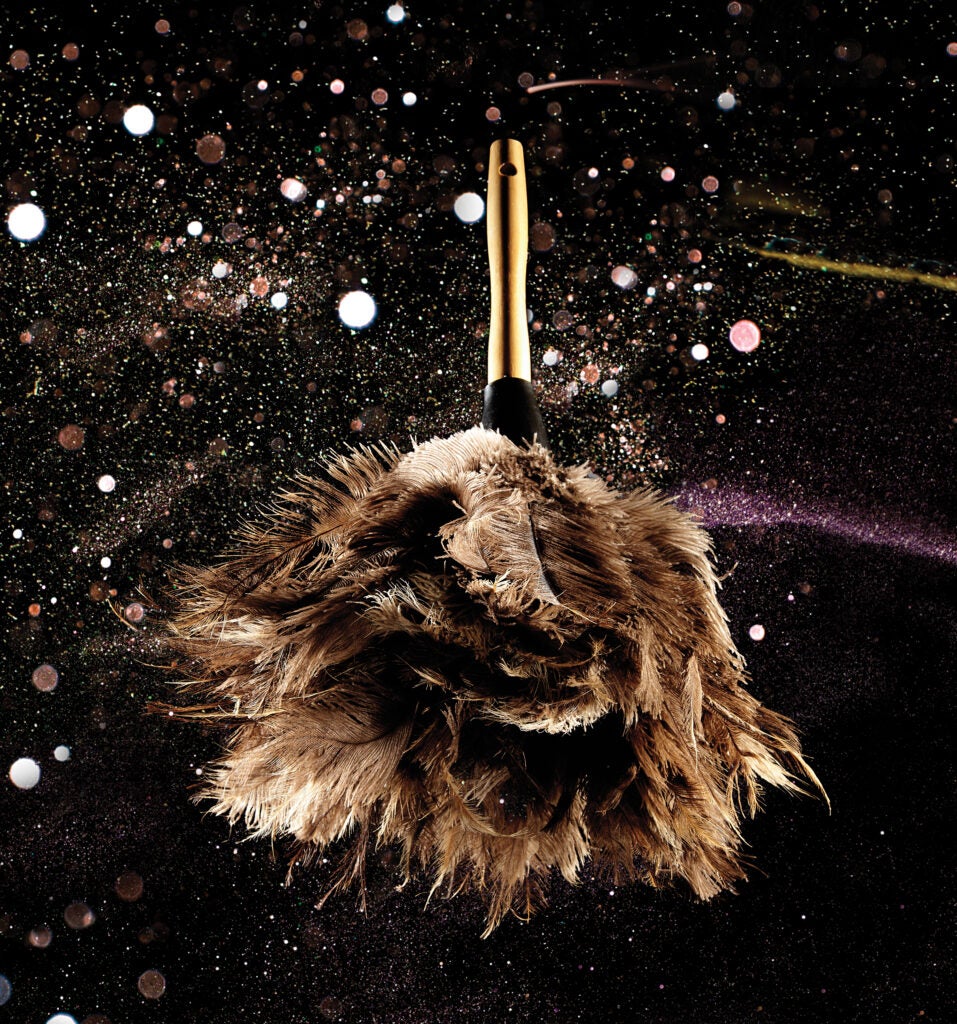 Moon dust is dangerous. Each mote is like a tiny shard of glass—there’s no wind or rain to soften the edges of lunar soil. During the Apollo missions, it jammed equipment and got stuck in the seals of space suits, causing a serious loss of pressure. Martian dust poses its own hazards. On the Red Planet, swirling dust storms have covered rovers’ solar panels, significantly reducing their power while they waited for a favorable gust of wind. And if these kinds of space dust get into an airlock, forget it: It can be toxic or irritating to the lungs and could endanger astronauts’ health on long missions.

An electric charge can zap the stuff right off. NASA scientists proposed the idea in a 1967 paper, but the space agency didn’t return to it until 2003, when Carlos Calle and colleagues at NASA’s Kennedy Space Center in Florida considered building the technology into Mars rovers. Running mere milliwatts of power through thin wires creates electric fields that cleared away 99 percent of dust in simulated lunar and Martian conditions. The team tested wires of different materials embedded in various surfaces. Transparent indium-tin-oxide wires protected solar panels; aluminum or silver wires worked for reflective films that shield rovers and landers from excess heat and sunlight; copper wires were effective beneath white, heat-reflecting thermal paint. They’ve also tested conductive carbon-nanotube inks on cotton and will try them on space-suit fabrics. In 2016, NASA will finally begin testing the dust shields in space.