Where Will The World’s Water Conflicts Erupt? [Infographic]

A heatmap of war over water 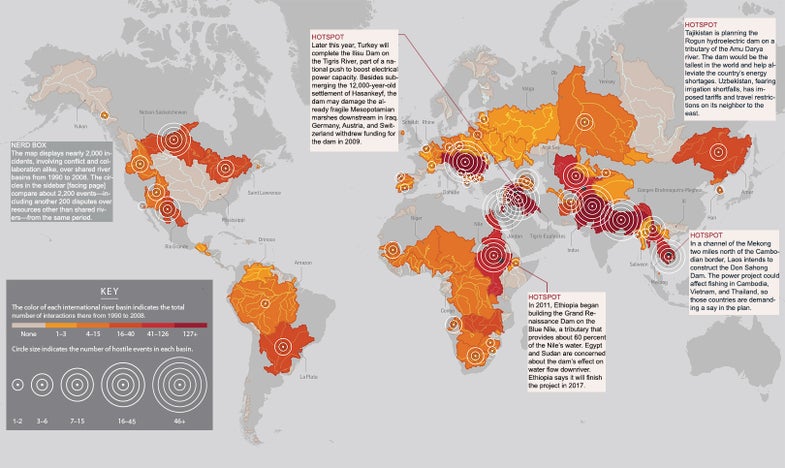 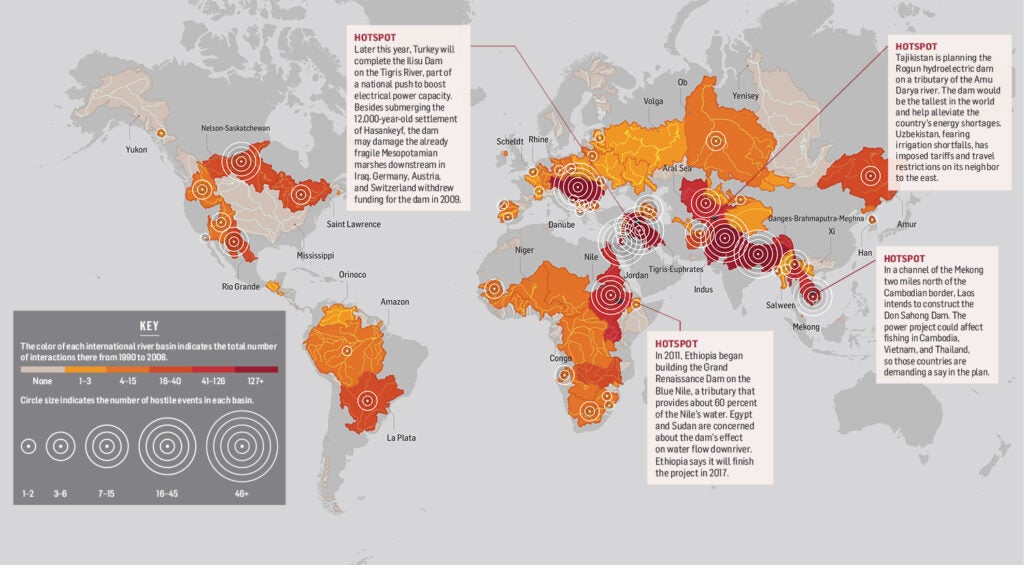 Where will the world’s water conflicts erupt?

The map displays nearly 2,000 incidents, involving conflict and collaboration alike, over shared river basins from 1990 to 2008. The circles in the sidebar compare about 2,200 events—including another 200 disputes over resources other than shared rivers—from the same period.

Click here to see a larger version of this infographic.

As the climate shifts, rivers will both flood and dry up more often, according to the latest report from the Intergovernmental Panel on Climate Change. Shortages are especially likely in parts of the world already strapped for water, so political scientists expect feuds will become even more intense. To track disputes worldwide, researchers at Oregon State University spent a decade building a comprehensive database of international exchanges—-both conflicts and alliances—over shared water resources. They found that countries often begin disputes belligerently but ultimately reach peaceful agreements. Says Aaron Wolf, the geographer who leads the project, “For me the really interesting part is how even Arabs and Israelis, Indians and Pakistanis, are able to resolve their differences and find a solution.”