Researchers had assumed all humans were just bad at describing odors, but it turns out that's a cultural problem, not a biological one. 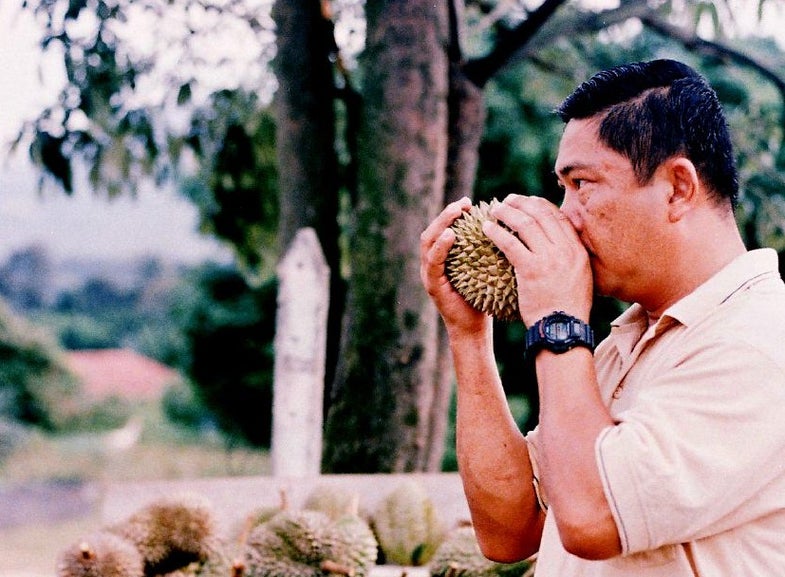 You often get a good idea of what things will taste like from a restaurant menu’s descriptions. But try doing the same with descriptions of perfumes in catalogs, and you’ll have a bit more trouble. What exactly is “steamy amber” supposed to smell like?

Things don’t have to be this way, however. Although years of studies in Western societies have found that people are really bad at describing smells, a new study of a language found in Malaysia suggests the deficiency is cultural, not biological. Speakers of Jahai and other related languages have precise words for different smells. They’re equivalent to the range of words—red, blue, pink—that English has for colors, according to a study done by two linguists from the Netherlands.

plʔεŋ is the “bloody smell that attracts tigers.”

In a series of experiments, the Dutch linguists found that Jahai speakers are able to consistently describe smells in a way that ordinary English-speakers—not smell experts, such as perfume industry people—can’t. Presumably, this means that when they’re talking to each other about smells, Jahai speakers can get an immediate, accurate idea of what their friends are describing, which is pretty cool.

Also interesting to think about: The linguists, Asifa Majid of Radboud University and Niclas Burenhult of Lund Universty in Sweden, discussed in their paper how Western researchers had assumed there was something universally ineffable about odors… when really they just hadn’t looked past the languages in their own neighborhoods.

Check out some of the words Jahai speakers have for smells. Note that these are abstract words made just for describing these odors. That contrasts with English smell descriptions, which often compare smells with things, using phrases such as “smells like bananas” or “smells like a wet dog.”

In their experiments, Majid and Burenhult asked both native Jahai speakers and native English speakers to name smells on scratch-‘n’-sniff cards and colors on chips. They compared each person’s descriptions of the smells and colors with his compatriots’.

They found that Jahai speakers were equally likely to use the same words as other Jahai speakers to describe both colors and odors. English speakers, on the other hand, usually used the same words for colors, but used wildly different words from each other for smells. How about this English speaker’s description of the smell of cinnamon? “I don’t know how to say that, I have tasted that gum like Big Red or something tastes like, what do I want to say? I can’t get the word. Jesus it’s like that gum smell like something like Big Red. Can I say that? Ok. Big Red. Big Red gum.”

English speakers also spent more words on describing smells, suggesting they were having a hard time putting things into words.

Descriptions of smells are vital to Jahai life, Majid and Burenhult report. For example, in villages in which residents forage primarily, it’s important not to bring home animals that have the smell that attracts tigers. The 10 Jahai men Majid and Burenhult recruited for their study were all foragers, although they also saw modern stuff all the time.

The study appeared in the journal Cognition.

*I changed the headline of this post January 16. The Jahai are indigenous people who live in Malaysia and their language is not a “Malaysian language.” The Malaysian language is Malay; Malaysians also commonly use English and a number of Chinese and Indian dialects. My thanks to reader Ean Hin Ooi for pointing this out.