I have no problem being a little late to a story. Drawing a comic takes a bit longer than writing... 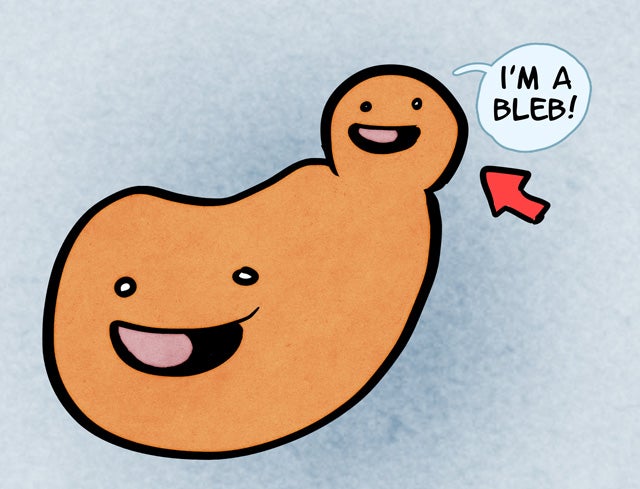 I have no problem being a little late to a story. Drawing a comic takes a bit longer than writing 300 word synopsis of a scientific concept or breakthrough, so I’m used to most outlets reporting on something before I can get a comic on the same subject out the door. Luckily, I have the advantage of being one of the very few people* doing this sort of comic journalism, and the unique angle I take on science news makes up for the less-than-breaking release dates. What I’m not used to is being beaten to a subject by another comic. Much less a comic drawn by the authors of the paper I’m reading.

Despite the impression my comics may give you, I do have a process. Every day I browse snippets and headlines of various press releases and news items that cross my desk. Most of it is very fascinating, but few have the particular catch that makes me think, “This can be a comic.” Usually, I know right away when a piece is ripe for the taking. I read a headline or an abstract, and a joke pops into my head. “I can work with this.”

A few weeks ago, I came upon a particularly compelling article in Cell. Scientists at Institute of Biochemistry in Zurich, Switzerland had discovered a mechanism in yeast cells that functioned as a memory of sorts. This is different from the way multicellular organisms with complex nervous systems store and recall events. This was a protein memory.

Saccharomyces cerevisiae, the variety of yeast that give us delicious bread and beer, come in two mating types: a and α. When yeast cells want to mate, they begin releasing pheromones that signal cells of the opposite mating type to come hither. What Dr. Fabrice Caudron and Dr. Yves Barral of the Barral Group found was that sometimes the mating doesn’t happen. Maybe the suitor is too slow or perhaps another yeast beats it to the signaling cell. In these cases of what the authors call “deceptive encounters”, proteins called Whi3, a developmental regulator of budding yeast, becomes inactive. The result of this inactivation is that with each mating failure, it takes more and more signaling pheromone to trigger a response in the suitor cell. This is the cell’s memory. Eventually, that particular cell stops trying to mate, and instead resumes reproduction via budding. What’s really cool is that the inactive Whi3 proteins are segregated to the parent cell only, which means the resulting daughter cells do not inherit their parent’s resistance to the mating pheromone. This keeps the yeast from entering a cycle where none of the cells respond to the beckoning calls of other yeast looking to mate.

Immediately I began visualizing the narrative on the page: Images of spurned suitors becoming jaded and ignoring further advances by other cells flooded my brain. It was perfect comic material. Just as I was done being proud of myself for making a human connection with single-celled fungi, I saw it: Included in the summary of the article, was a figure. It was a “graphical abstract”. It was a comic. You can see it here in “A Super-Assembly of Whi3 Encodes Memory of Deceptive Encounters by Single Cells during Yeast Courtship“

At once I was both disappointed and thrilled. There was a comic in a science journal. I had to talk to the artist.

I was put in touch with Caudron, the creator of the comic. He explained that he was a comic aficionado, and, like the scientists who studied yeast before him, was inspired by Al Capp’s Shmoo character to draw a comic about his organism of study. Caudron saw comics as an opportunity to take his research and present it in a way that made it more accessible to a lay audience. His heartbroken yeast character—wilted bouquet of flowers and all—put a human face on a rather complicated chemical process. Caudron even threw a pun in the title for good measure. You can’t beat that.

Science comics are very important to me—and not just because I draw them. Researchers can only gain by engaging the public in a way that makes their work fun and relatable. It’s for this reason that I stand at the intersection of art and science in an attempt to act as a mediator between the two. In my ideal world, there are more comics in scientific journals, and I implore creative scientists everywhere to share their passion for their work in whatever medium suits them. Caudron had this to say about his graphical abstract, which I think sums up the sentiment nicely:

At the time of writing this, I have a 3rd part which I will add when I get confirmation that it is okay to do so.

*Much to my lament. I’d love to see more science comics out there.