Although most people exposed do not get sick. 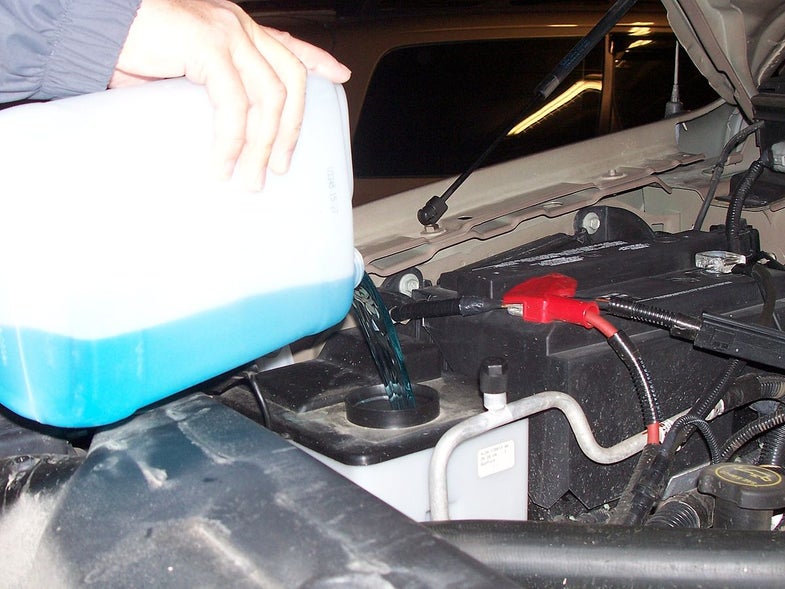 That which cleans your windshield is not exactly clean itself: A new study found that windshield washing fluid can harbor the bacteria that causes Legionnaires’ disease, a severe type of pneumonia that hospitalizes as many as 18,000 Americans every year. Scientists already knew that there was a link between Legionnaires’ and riding in automobiles, but didn’t know why–and the fluid may be the reason.

In the study, presented today (May 19) at the annual meeting of the American Society for Microbiology, scientists found that 75 percent of washing fluid from school buses in central Arizona carried a variety of the Legionella bacterium that causes the disease.

“Washer fluid has the traits a potentially dangerous source of Legionella exposure needs,” Otto Schwake, a microbiology Ph.D. student at Arizona State University in Tempe and the study’s lead author, told Bloomberg. “It is aerosolized, heated and people are regularly exposed to it. The results from this study support previously demonstrated epidemiological evidence for a link between automobiles and Legionnaires’ disease.”

_Legionella _bacteria can cause the disease when they are dispersed in the air and inhaled, and it got its named from an outbreak at a meeting of the American Legion in 1976. Most people exposed to the pathogen do not get infected, and it most commonly infects the elderly, smokers, and those with compromised immune systems.

The bacteria can be killed if the fluid is mixed with antifreeze. But Schwake said not enough research has been done to know if this is a good idea, since increased exposure to antifreeze, which can be harmful at certain levels, may cancel out any benefits of killing these microbes.