Phytoplankton is choking off natural food chains in the Arabian Sea. 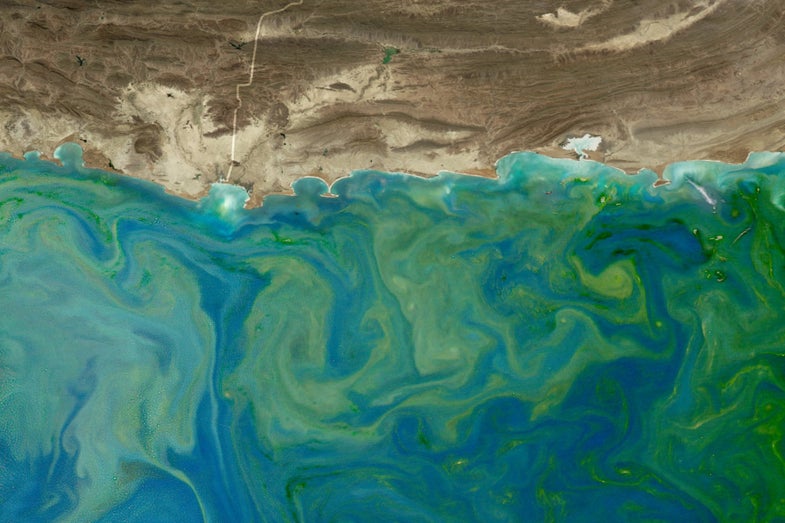 Lake Erie has gotten a lot of attention recently because of its toxic algal blooms, and all that attention seems to have made the Arabian Sea green with envy.

A paper in Nature Communications reports that a phytoplankton named Noctiluca scintillans has invaded a dead-zone off the coast of India, where it’s threatening to disrupt natural foodchains as well as the local fishing industry.

Noctiluca are tiny algae that eat other plankton and can also harness the sun’s energy. These microalgae thrive in low-oxygen conditions like the Arabian Sea’s growing dead-zone, which is roughly the size of Texas. The researchers think sewage runoff from the region’s cities is fueling the dead-zone, and thus the bloom. The press release explains why that’s a bad thing:

The problem is, not a lot of other creatures want to eat Noctiluca, apart from sea salps and jellyfish. “In 10 to 15 years’ time I wouldn’t be surprised if we see jellyfish along the coast, and people may not be able to swim in the waters,” Joachim Goes, an author on the study, told The New York Times.

future of the environment
sewage