And what that computer can teach us about modern machines 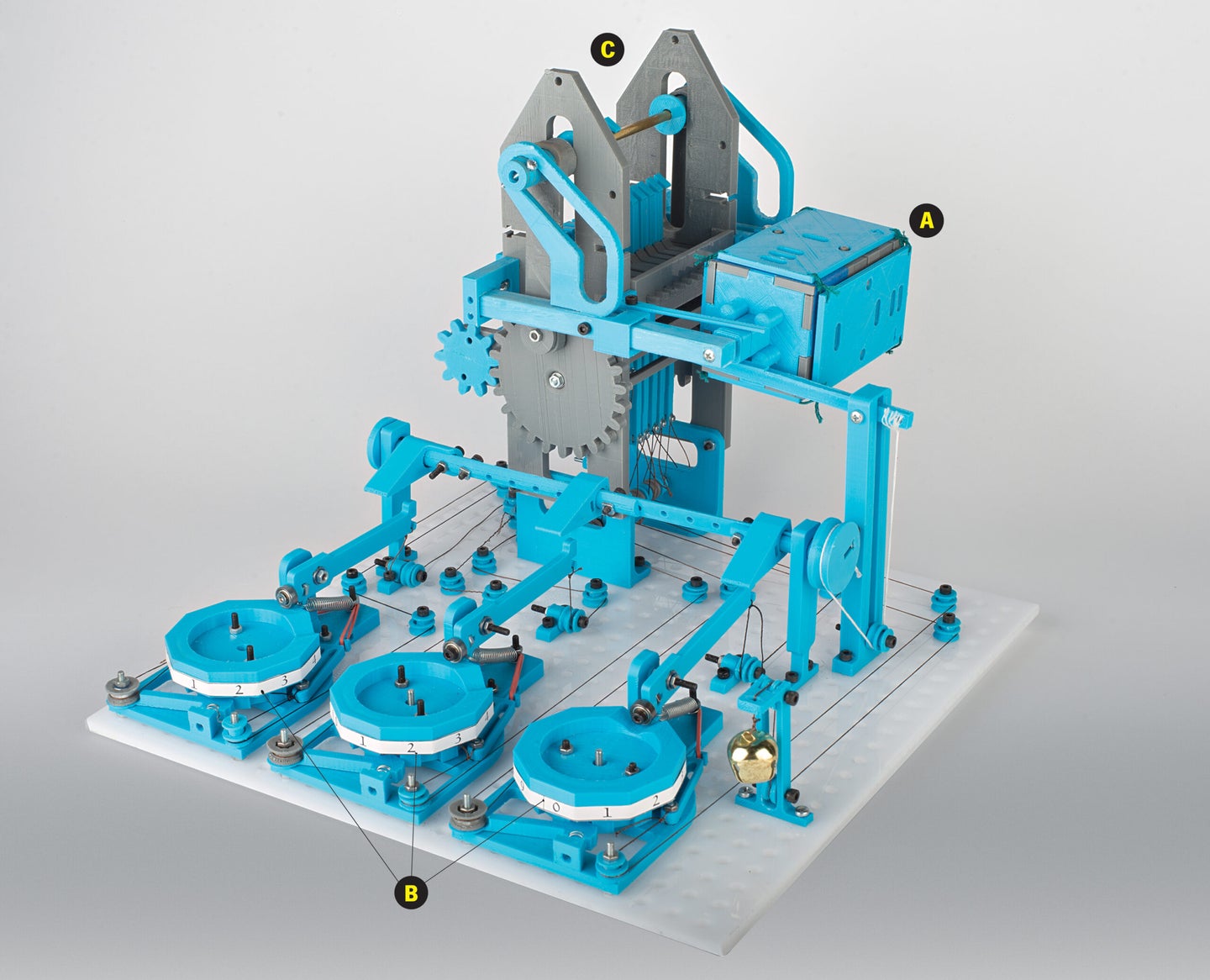 When the hackerspace NYC Resistor hosted a “digital archaeology” interactive show last spring, electrical engineer Chris Fenton built a throwback computer using modern technology. Fenton works with supercomputers all day but wanted to slow things down, so he designed the Turbo Entabulator. The 3-D–printed hand-cranked calculator relies on punch cards, string, and rubber bands to execute functions. One minute of turning produces part of the Fibonacci sequence, a numerical pattern that appears in nature. The plastic machine may be inefficient, but it’s a computer nonetheless and uses parts analogous to those in modern devices.

A. SOFTWARE:
A drum of four punch cards works like a program. Three of the cards engage a set of levers that, in turn, pull strings that increase or decrease the numbers on the counters. The cards are tied together with loops of embroidery floss to run continuously.

B. MEMORY:
Similar to RAM, three counter wheels store numbers generated by the punch-card software. Each pull of a lever steps a counter either up or down. When the right counter hits zero, a fourth card advances and a bell rings as the next Fibonacci-sequence number appears.

C. PROCESSING:
A hand crank acts like a modern CPU. It reads the punch-card instructions for which levers to pull, executes them by pulling those levers, and stores the results in memory via the strings that turn each counter. The faster it’s cranked, the quicker it computes.