Apple’s Big iPhone Announcement Will Be On September 7 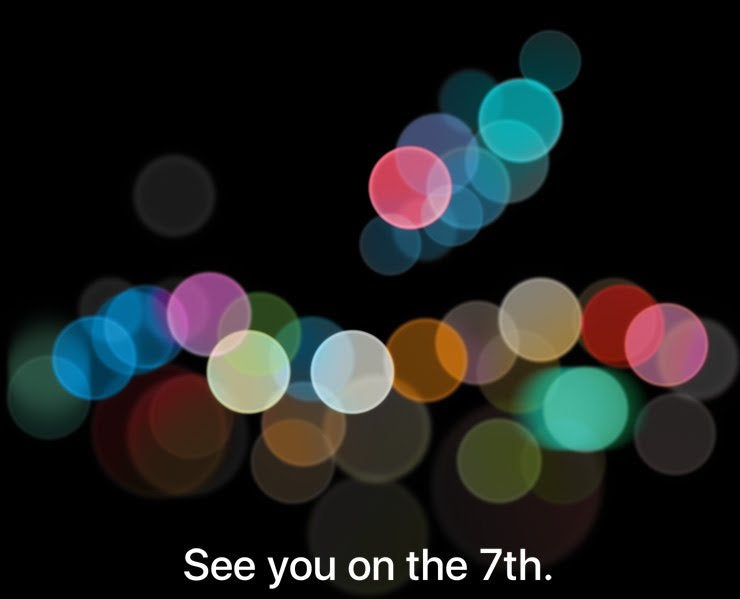 Apple will announce the iPhone 7 at its September 7 event in San Francisco. The company, known for releasing new products in the fall, has saved the biggest iPhone update of the year for next month. And, little more than a week away, iPhone users may see many of the features anticipated from factory leaks and rumors finally come to fruition.

The event will take place on September 7 at 1pm ET/10am PT.

Invites were sent out to press today with nothing else to say but “See you on the 7th,” and the Apple symbol arranged in out-of-focus points of light. Similar to a camera’s effect when focusing on a subject, this could be a hint that we’ll see substantial camera updates made to the iPhone lineup. Which align nicely with the numerous leaks of a dual camera on the back of the iPhone 7 Plus.

We may also see the newest iOS device get rid of the headphone jack. A move in this direction could signal a shift across all of Apple’s products to get rid of the 3.5mm analog headphone connector. Also rumored to come to the iPhone 7 is a 3D Touch (or Force Touch) enabled home button. Instead of physically pressing the home button inward, the fixed piece of glass would be pressure-sensitive, much like the screen on the Apple Watch or iPhone 6S.

We may also see a few updates to the Apple Watch, including GPS and a bigger battery, but nothing can be said for sure until September 7 arrives. We’ll be bringing you updates as they’re revealed on the day of the iPhone 7 event.