You can—and should—print your own surfboard fins

Who knows: maybe you'll design something no one's seen before. 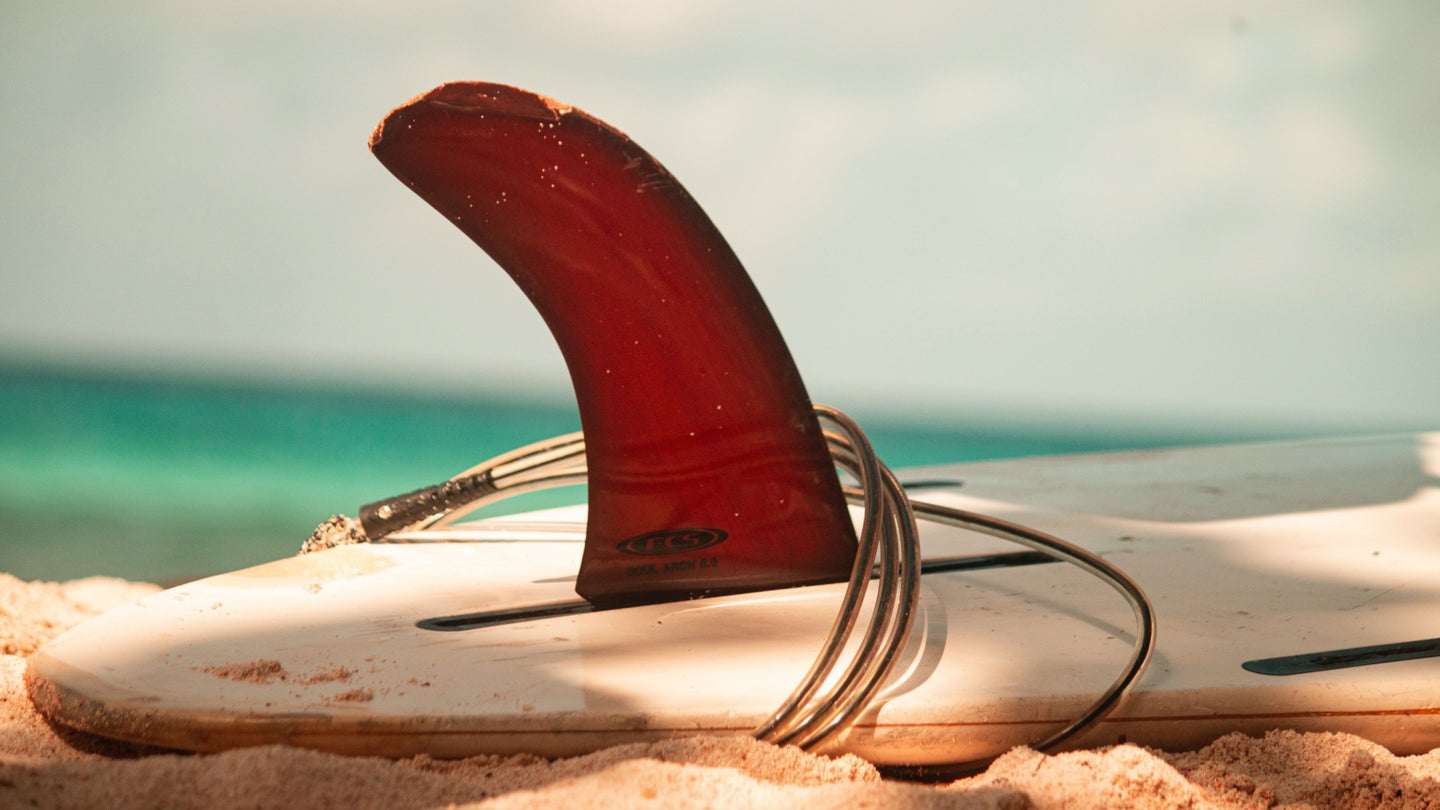 When your fins get banged up and broken, it's good to have a replacement on hand. Daniel Stanitzki / Unsplash
SHARE

Two decades ago, I was surfing in New Zealand at the northern end of the North Island. To reach the wave, I needed to jump in from a sketchy rock reef and had mistimed my entrance more than once. The first time I launched myself before enough of the ocean had covered the rocks below, I hit the rocks with my board’s fins, broke the right one, and had to paddle out to replace it. Then I did the same thing an hour later. At the time, the fin system I’d been using was unheard of in surf shops across New Zealand, so there were no replacements. For the rest of my six weeks in the country, I had to surf with two left fins—until I broke one of them against my skull.

Being able to create a fin on the spot—or at least churn out a bunch ahead of time—would have been essential then. These days, with 3D printing, surfers can produce a fin whenever necessary for just a few dollars. Missing an epic morning session because the local surf shop won’t open until 10 could soon be a thing of the past. These 3D-printed fins are also much more affordable than a pack of three skegs that can cost $100 for a set. (With the right materials, you can produce an incalculable number of athletic gear from a 3D printer, or create products and parts that have nothing to do with sports. But to look at how 3D printing can revolutionize a sport, let’s focus on surf fins.)

What it takes to print your own fins

To 3D-print fins, you essentially need three things: a 3D printer, filament, and the right plans. You can design the schematics yourself with computer-aided design (CAD) software, or pull them from websites like Thingiverse, MatterHackers, or GrabCAD. All offer free open-source code for printable surf fins.

Dave Gaylord, a surfer and a vice president at MatterHackers, a 3D printing company, has found success printing fins on their $999 Pulse XE printer. Though first came the mishaps.

“With any engineering project, you learn from failures,” says Gaylord, who has a background in mechanical engineering. He made his first fins out of polylactic acid, an inferior material for surf fins, that warped after a few months from sitting in the hot sun.

Now, with about $5 worth of carbon-fiber nylon material, he prints sturdy, robust, and heat-resistant fins, constantly messing around with design. As mentioned above, they’re available for free on the MatterHackers website.

While not everyone will own a 3D printer capable of using filament like carbon-fiber nylon, hobbyists can make fin prototypes using an inferior material, says Daniel Lazier, who’s worked as both an engineer and marketing manager for Markforged, another 3D printing company. When the prototype is tweaked to their liking they can send in their plans to a third party, like Craftcloud, and print them on better machines for about $40, which is much cheaper than the average set of fins from the major fin producers, like FCS.

How 3D printing can change the sport as we know it

Not only can users create their own fins with 3D printing, but they can do what surf fin companies won’t: experiment with design and potentially reshape the sport with relative ease.

“I played around with longboard fins,” says Gaylord, who has added perpendicular wings to one fin’s design to see if it would improve the board’s ability to noseride. While he considers himself only an average surfer, he’s an experienced engineer with a strong knowledge of 3D printing.

While Gaylord is experimenting, he isn’t looking to reshape the sport, Marc in het Panhuis, a professor at the University of Wollongong in Australia, is 3D-printing fins and gathering incredible data about the possibilities of surf fins, and how fin design can affect speed, drive, turns, and overall performance.

Since surfboard companies and fin makers don’t have the ability or funds to do extensive research and development, they stick with what works: a process that creates one-size-fits-all fins. But how much better could surf fins be if they were more customizable and we could make quick adjustments to prototypes?

To answer this question, in het Panhuis, fellow researchers, and a cadre of surfers went to Macaronis, an Indonesian reef break that produces what in het Panhuis calls “a near mechanical wave,” on account of the underwater reef, which does not shift like a sandbank. The test surfers were outfitted with GPS watches and rode boards equipped with accelerometers and gyroscopes while blind-testing a variety of fins. Using video cameras and sensors to calculate speed, power, and flow, while also obtaining qualitative feedback from the surfers, in het Panhuis’s data showed that his 3D-printed crinkle-cut fin—which has a design like a Ruffles potato chip on its bottom third—was the crowd favorite and performed best in the waves.

Prior to the Macaronis trip, however, this fin didn’t exist—3D printing may have fundamentally changed the sport. And the next big design revolution might be stashed away in your brain.