They definitely fit the bill 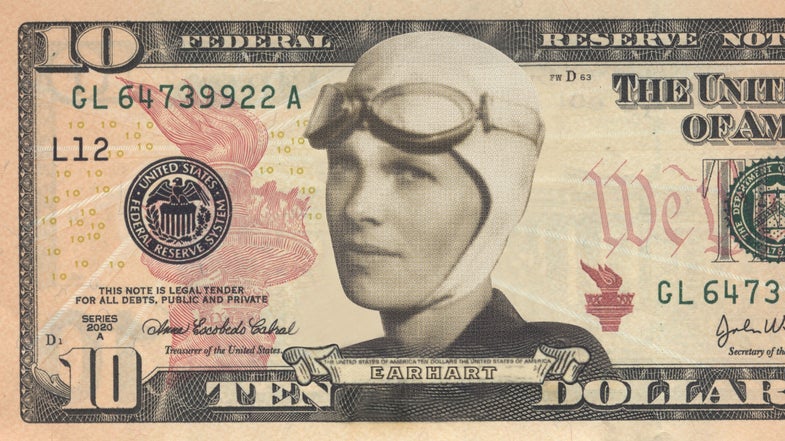 Amelia Earhart is better known for being the first woman to fly across the Atlantic and for her mysterious disappearance than for her contributions to STEM fields. But she was one of the first women to become a pilot, and she helped test different airplanes on her daredevil flights. She also flew planes containing scientific instruments that allowed scientists a look at the stratosphere as we reported back in 1936, a year before she disappeared over the Pacific. Todd Detweiler, Zachary Gilyard Popular Science
SHARE

For the first time in over a century, the U.S. Department of the Treasury will feature a woman on paper currency in the United States. Starting in 2020, the 100th anniversary of the year that the right to vote was extended to all American women, Alexander Hamilton’s portrait will either step aside or have to share the spotlight with a woman. The Treasury is asking for the public’s input as they make their decision, and you can provide your own suggestions on social media using the hashtag #TheNew10. Here at Popular Science, we figured we’d make our own list of 10 women that have contributed to the fields of Science Technology Engineering and Math (STEM) who we think fit the bill.

None of these suggestions are especially likely to be chosen, given that the theme of the Treasury’s campaign is “Democracy” not “STEM,” and the leading suggestions of Harriet Tubman, Abigail Adams, Susan B. Anthony, Eleanor Roosevelt, and many others, are pretty fantastic. But we still like the idea of giving these incredible science figures the recognition they’re overdue.

Each of these amazing women contributed something momentous to science, whether it was shattering a glass ceiling (like Amelia Earhart and Sally Ride) or performing groundbreaking research in fields important to all of our lives today. Sadly, most were overlooked in their own times because of their gender, and still lack the recognition they deserve today. Flip through our gallery to learn more about these pioneering women of science. 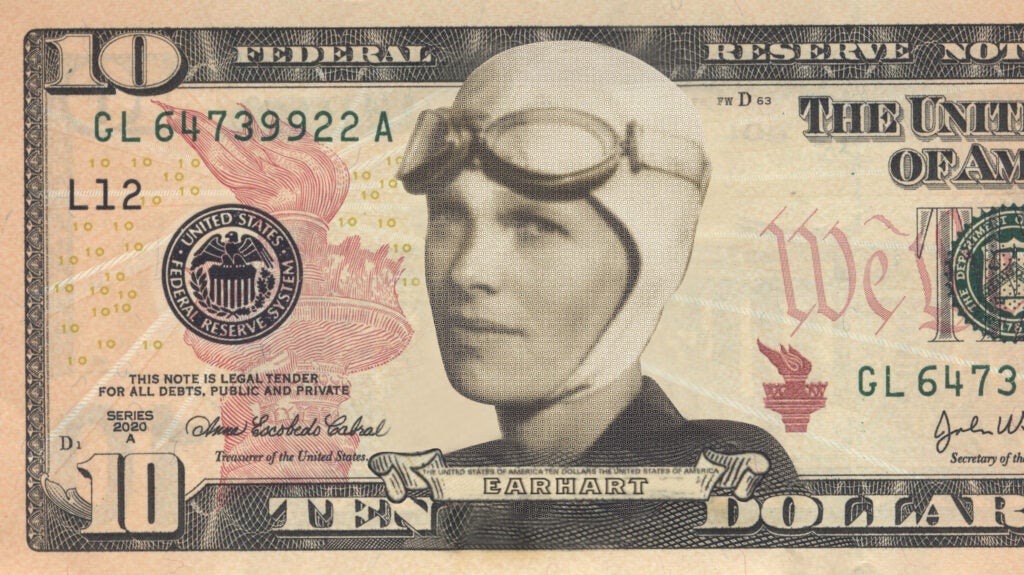 Amelia Earhart is better known for being the first woman to fly across the Atlantic and for her mysterious disappearance than for her contributions to STEM fields. But she was one of the first women to become a pilot, and she helped test different airplanes on her daredevil flights. She also flew planes containing scientific instruments that allowed scientists a look at the stratosphere as we reported back in 1936, a year before she disappeared over the Pacific. 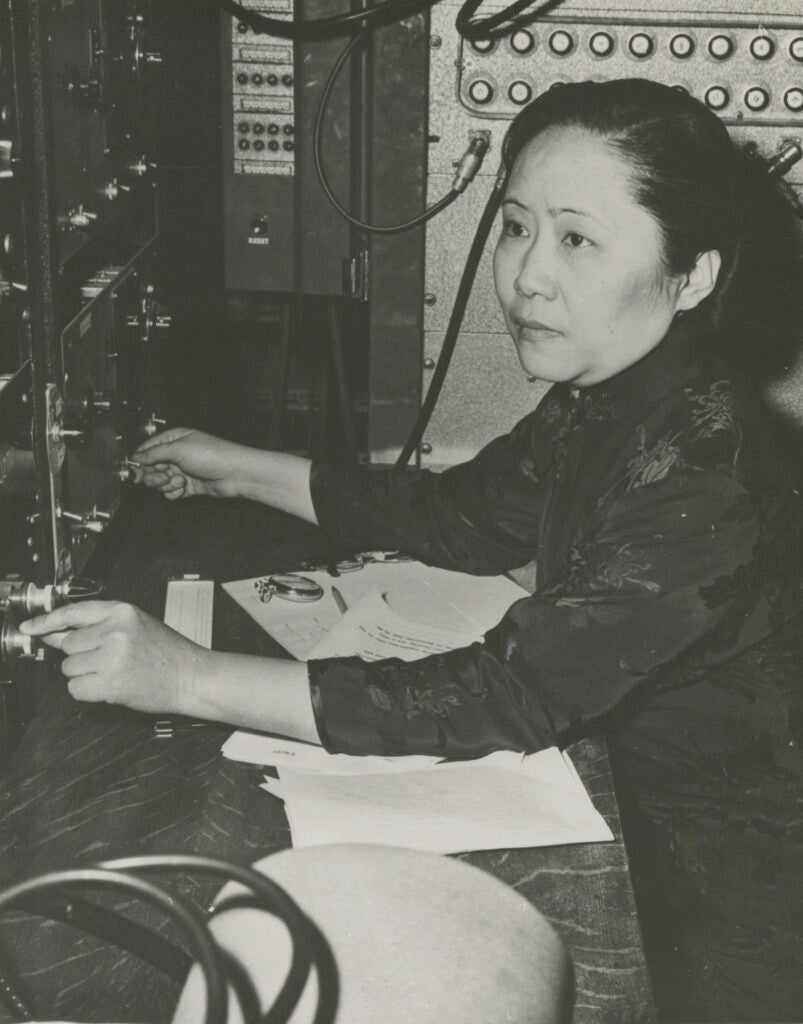 Wu was born in China, but moved to the United States in the 1930’s to study physics at U.C. Berkeley where she studied nuclear physics. During WWII she was recruited to work on urianium enrichment for the Manhattan Project. After the war, Wu continued her research, and became an American citizen in 1954. She set up an experiment that helped disprove an important physics concept called the Law of Parity, a discovery that earned her male counterparts a Nobel Prize. Wu was overlooked for the Nobel, but went on to become the first female president of the American Physical Society. 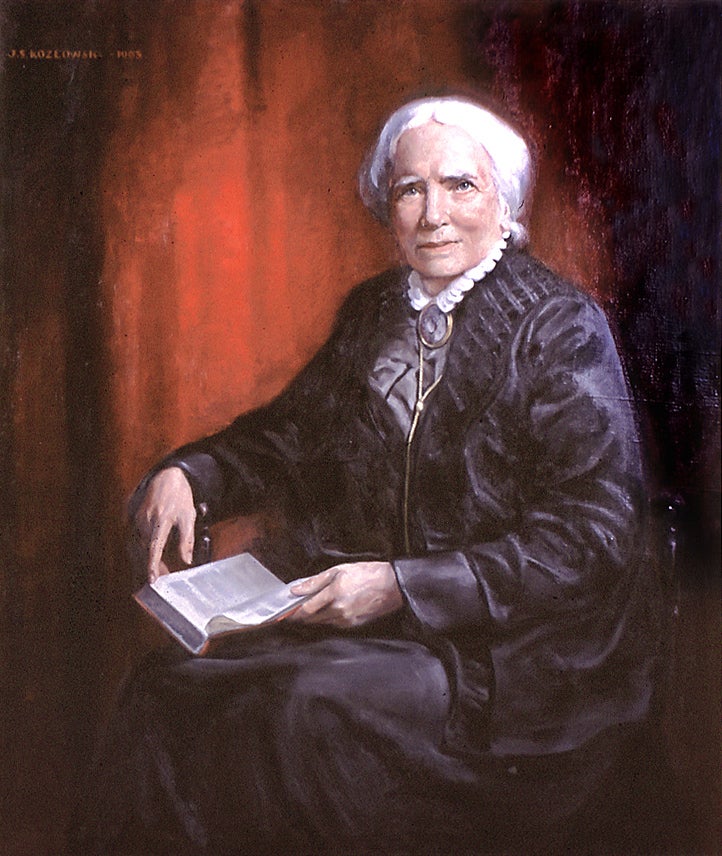 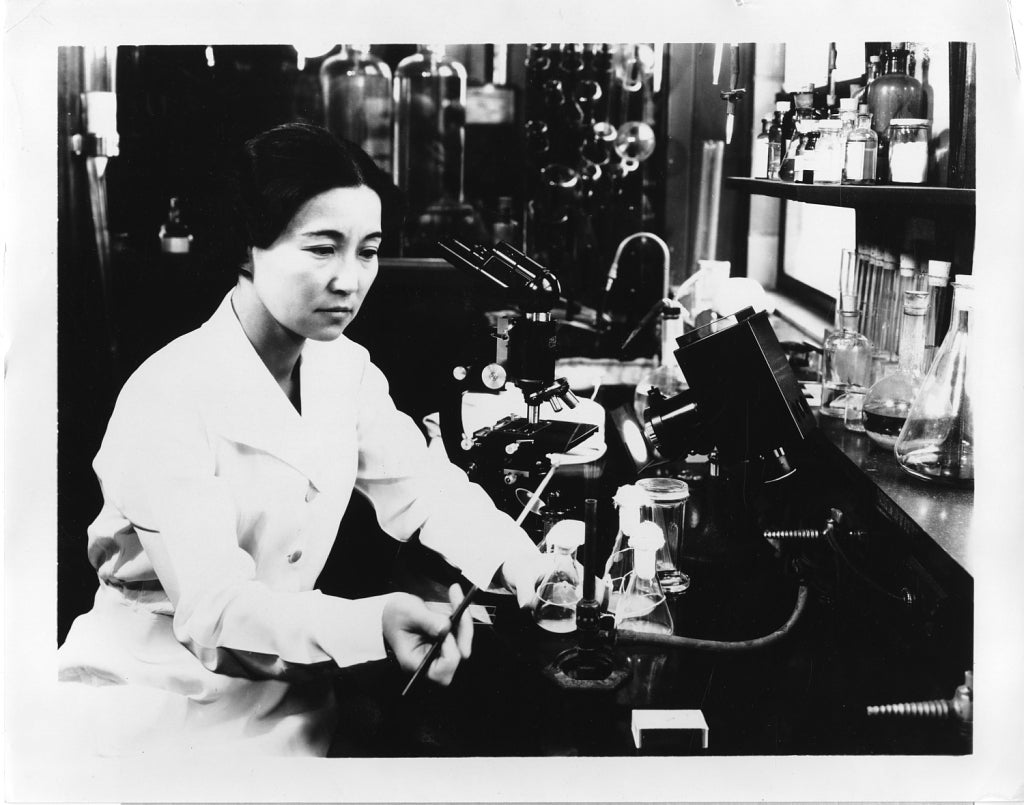 Ruby Hirose was a chemist who helped develop some of the first vaccines against polio (also known as infantile paralysis). She also worked on treatments for diphtheria and allergies. An American of Japanese descent, she was the first person in her community to graduate from high school. She went on to get a Master’s Degree in Pharmacology, and a Doctorate in Chemistry from the University of Cincinnati. In a sad twist of fate, while she spent part of her life working on a way to end polio, a cause championed by Franklin Roosevelt, it was Roosevelt’s Executive Order that sent her family to internment camps during WWII. 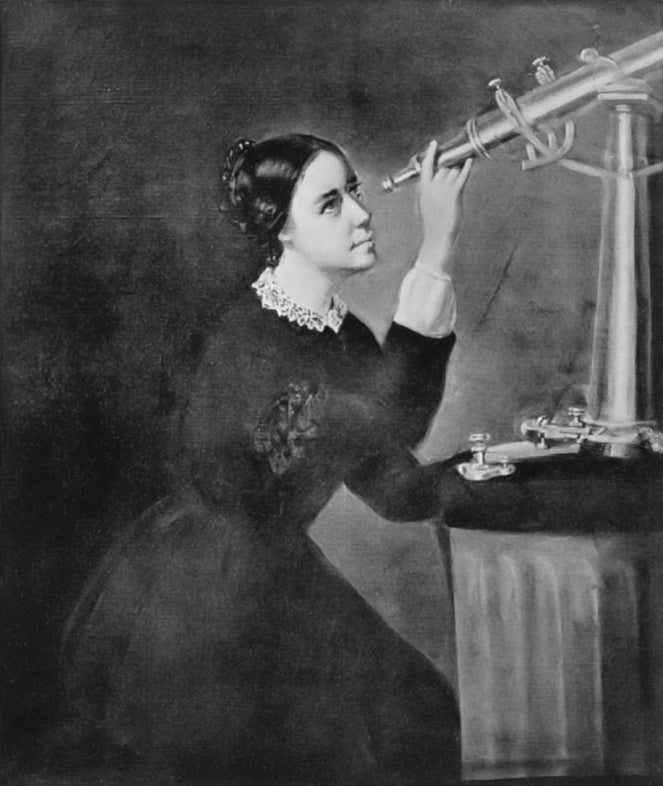 Maria Mitchell started looking at the stars at an early age. At 14, she helped sailors in her home of Nantucket, Massachusetts do navigational computations. After she discovered a comet in 1847 she quit her day job (as a librarian) and became America’s first female professional astronomer. 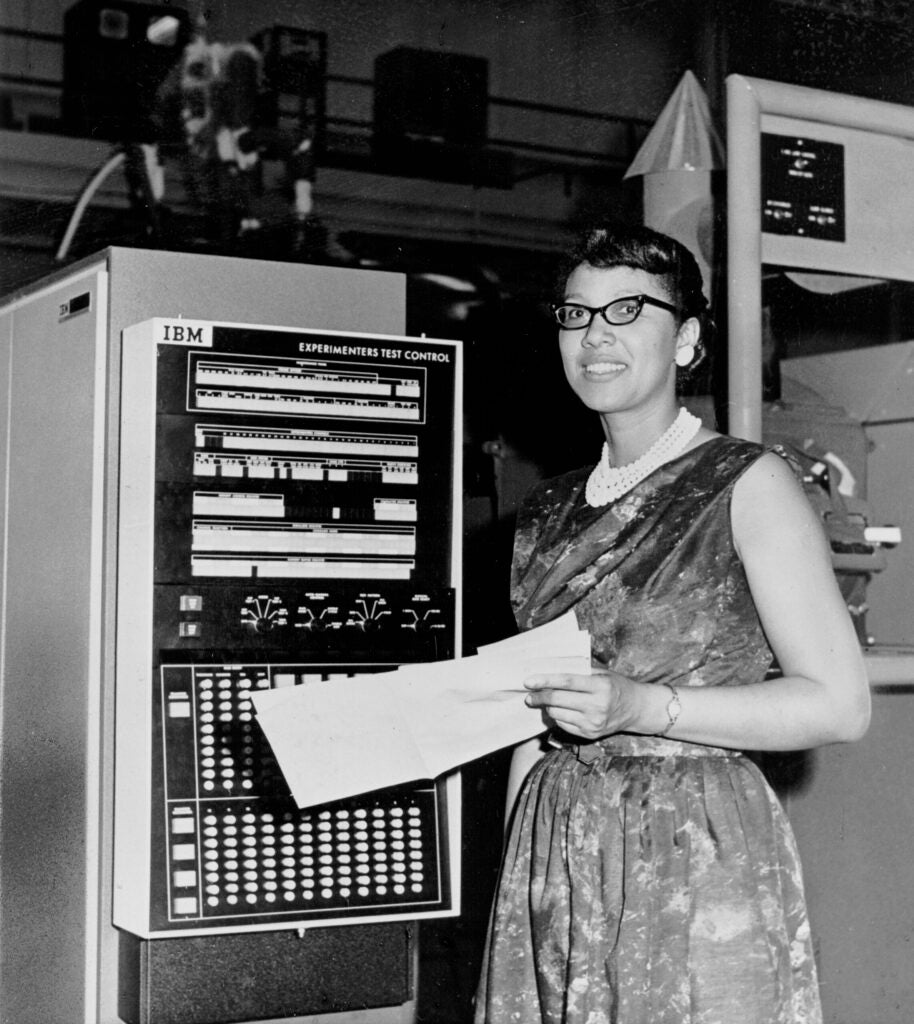 Melba Roy Mouton was a mathematician for NASA in the early days of the space program. She was a human computer keeping track of early satellites as they whizzed around the earth. 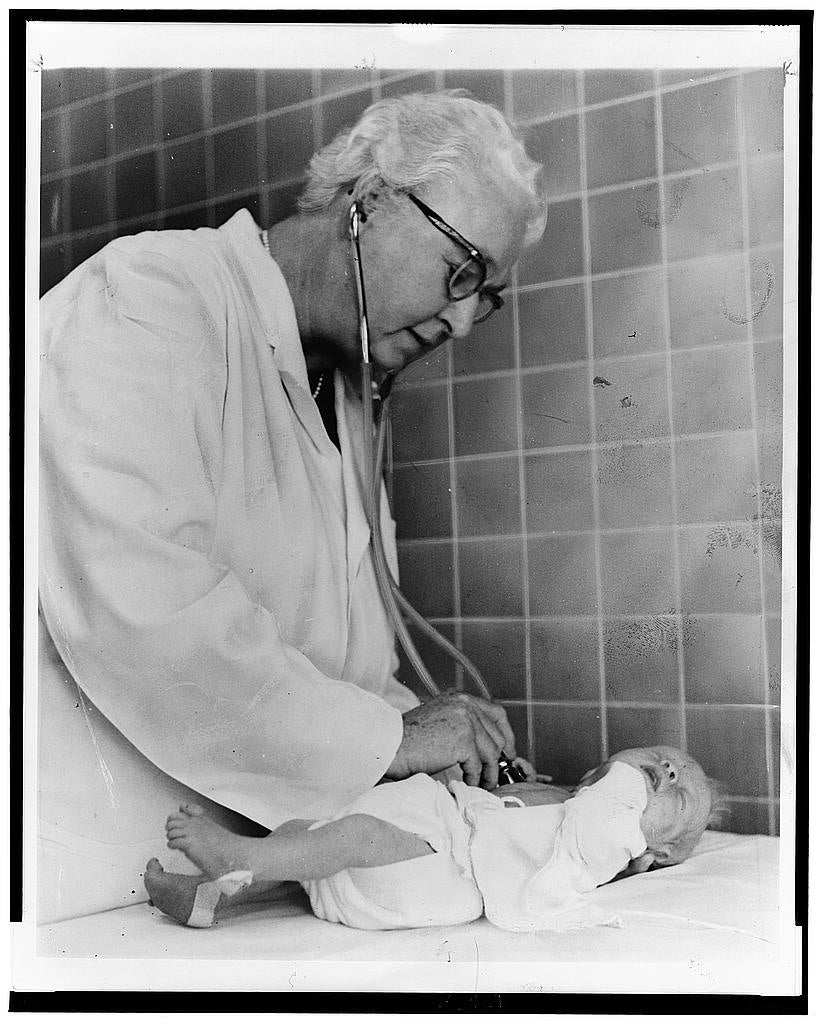 In 1952 anesthesiologist Virginia Apgar developed a test that could be used to asses the health of newborns immediately after they entered the world. By looking at the child’s breathing, heart rate, muscle tone, skin color (a blue tinge to the skin indicated a problem with the lungs), and reactions, a doctor would be able to quickly tell if a child needed medical help. The Apgar Score is still used today. Apagar was also the first woman to become a full professor at Columbia University College of Physicians and Surgeons. 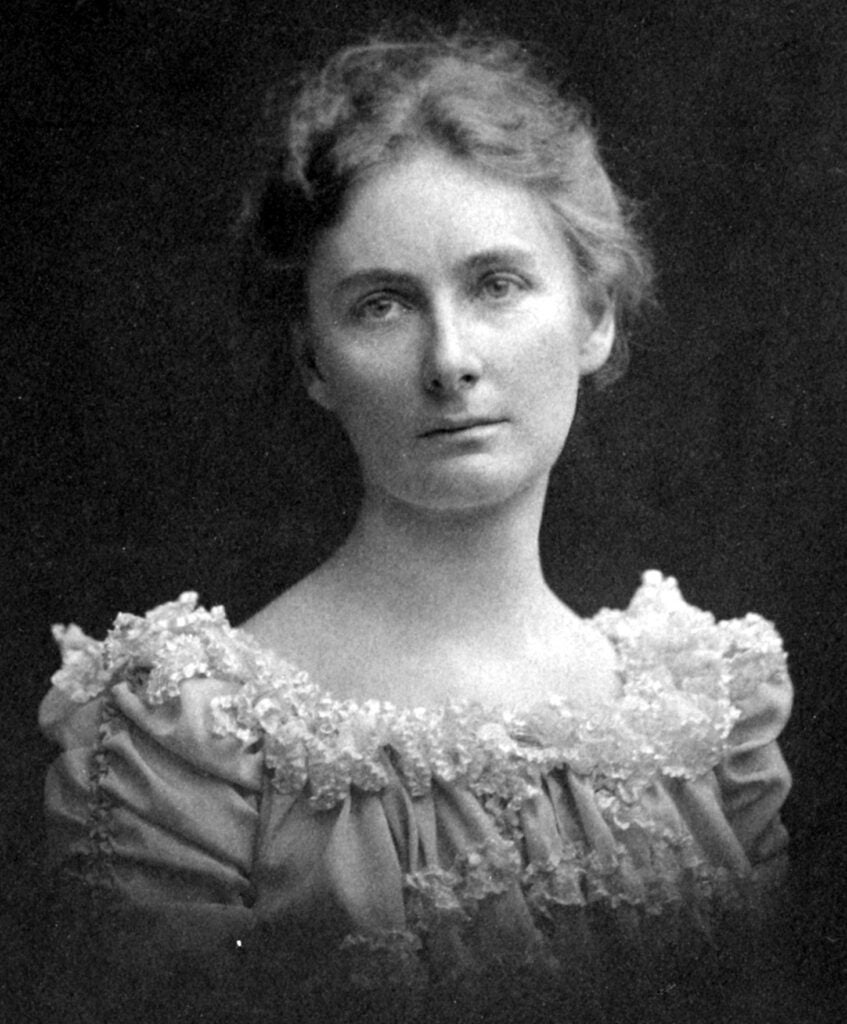 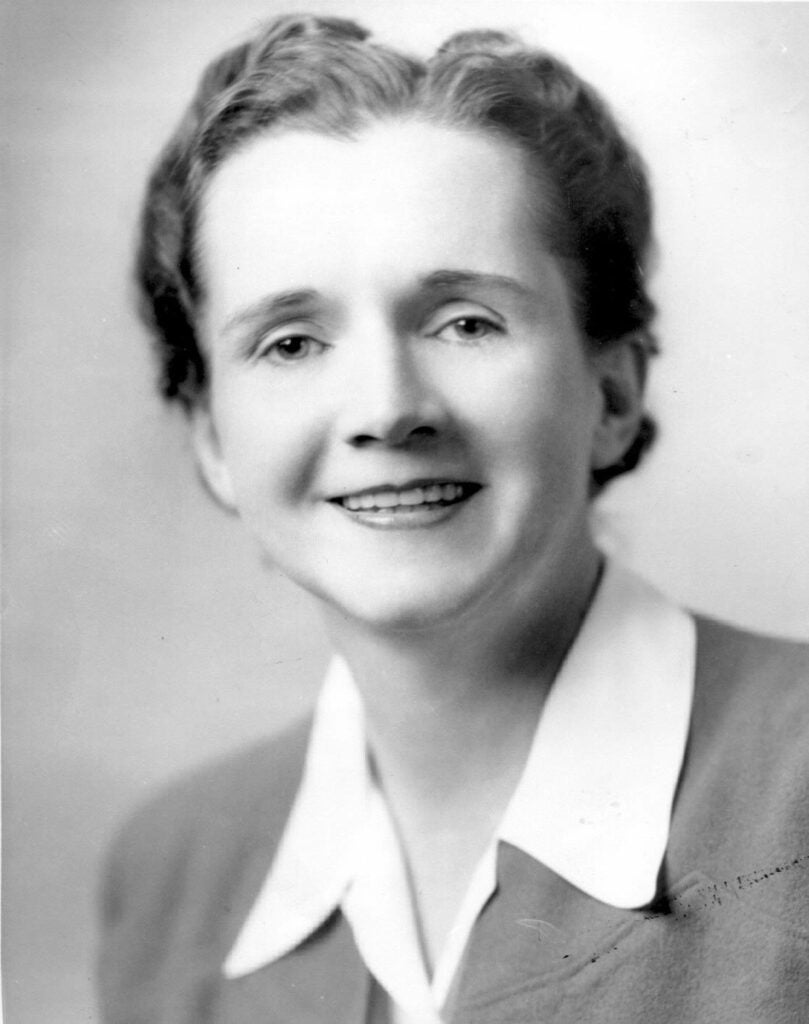 The modern environmental movement wouldn’t be what it is today without Rachel Carson’s book Silent Spring. In addition to being a passionate voice for the environment, Carson was also a working biologist with the United States Fish and Wildlife Service, who named a reserve after her after her death. 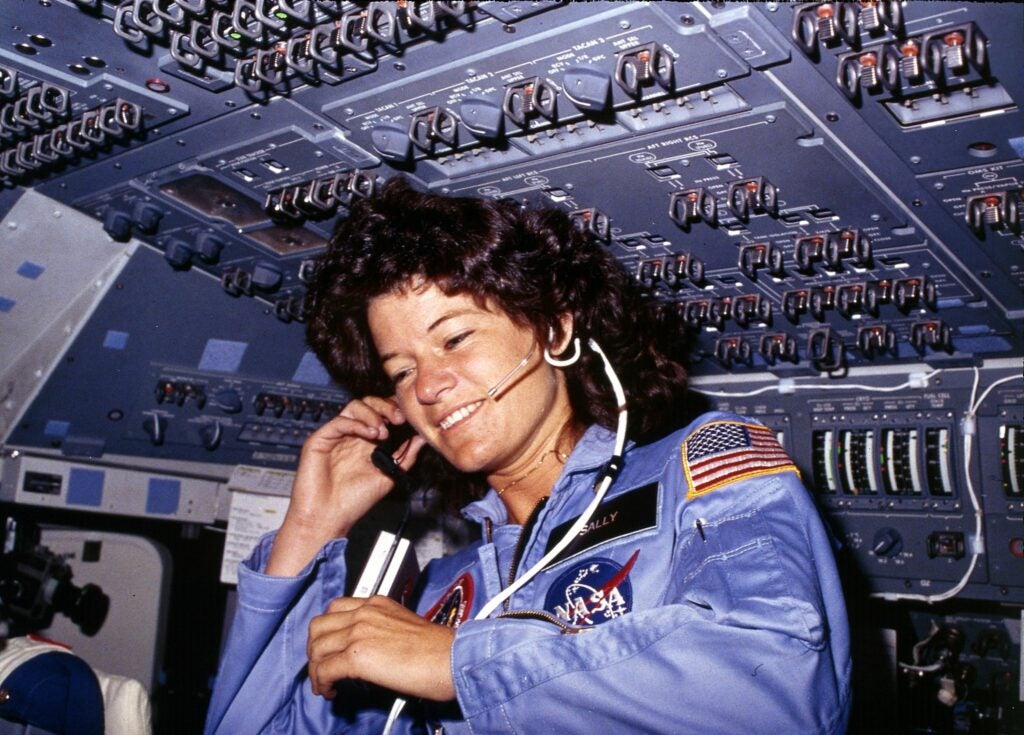 Today is the anniversary of Sally Ride’s first ascent into space. Ride was the first American woman in space, and a tireless advocate for encouraging students to take on STEM careers.
dollars
scientists
women