You Get One Whole Extra Leap Second Today–Here’s Why

Don't spend it all in one place 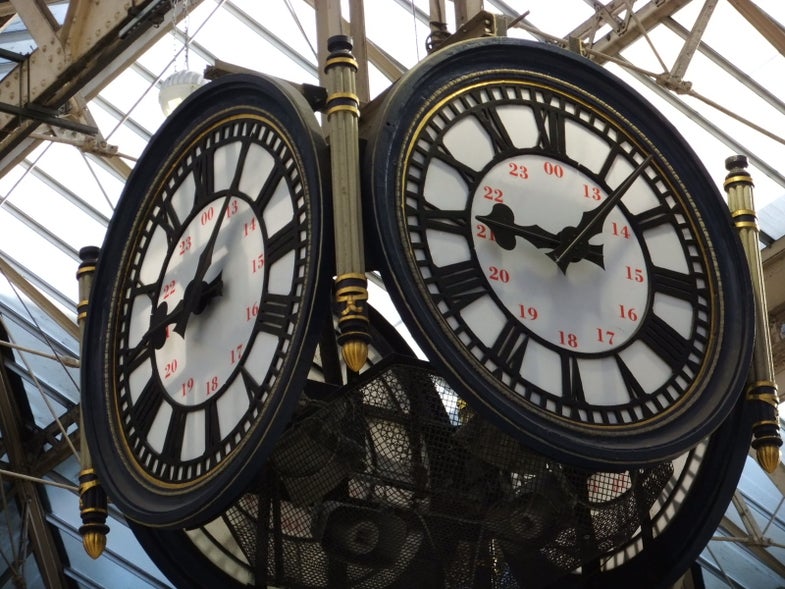 Tonight, there will be an extra second in the day, added in at midnight Coordinated Universal Time (UTC). That’s 8:00 pm Eastern, if you want to stare at a clock and see … not much. It is just a second after all.

A leap second is added on to account for the fact that a day isn’t exactly 24 hours long.

The Earth’s rotation is actually slowing down. On average, a day is 2 milliseconds longer than 24 hours. The gravitational pull of the moon and the sun are acting like a brake, slowing it down just a little bit over time, but other aspects of the Earth also affect the rotation of the planet. Things like the seasons, changes in the Earth’s core, the amount of ice in the ice caps, and even weather events like El Niño can cause changes in the amount of time it takes the Earth to make a full rotation on its axis.

To account for the difference between the planet’s rotation and the time on our atomic clocks (which we use as the basis for our time-keeping), occasionally we throw in a leap second to keep our watches in sync with the Earth.

NASA has a good video on the topic:

Unlike leap years, during which an extra day is added to the end of February every four years like clockwork (sorry…), a leap second is added almost arbitrarily and with relatively little warning.

Since it was introduced in 1972, a leap second has always fallen on one of two days, either June 30 or December 31. But in the past 43 years, the International Earth Rotation and Reference Systems Service (IERS), the organization that decides leap seconds, has only ever issued 25 leap seconds, spaced unevenly over the years. The announcement of this year’s leap second occurred in January, giving people only a few months to prepare.

It might seem like a strange thing to prepare for, but because leap seconds are added manually, they can cause a lot of problems on the internet. Three years ago, when the last leap second was added, websites crashed, and so did software systems, leading to delayed planes and other issues. The systems couldn’t process a day ending at 23 hours 59 minutes and 60 seconds (as opposed to 23:59:59, like it usually does).

Because of the problems (and the general annoyance), there have been repeated calls to abolish the leap second, or at least develop a way to allow people to prepare for it better. The next discussion of the subject will happen later this year, in November.