Pluto, Feathered Dinos, And Other Amazing Images Of The Week 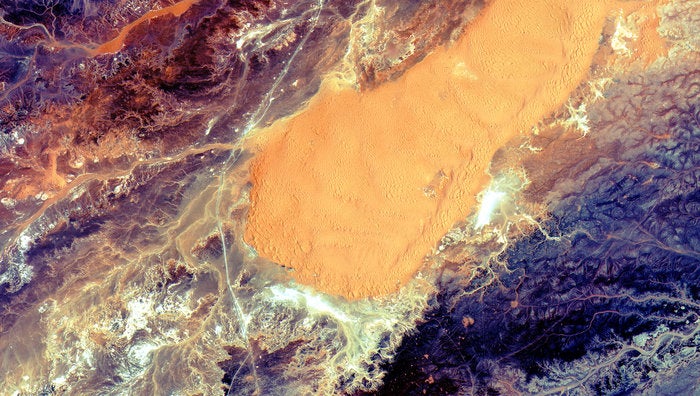 With as punishing as the Sahara Desert is, satellites are probably the best way to study it. The European Space Agency's Sentinel 2A satellite captured this image in the Ghardaïa Province of Algeria, which can help scientists study desert evolution and climate change. You can see a large sand dune in the center of the photo and a line on the left that was once part of the trans-Saharan trade route. ESA
SHARE 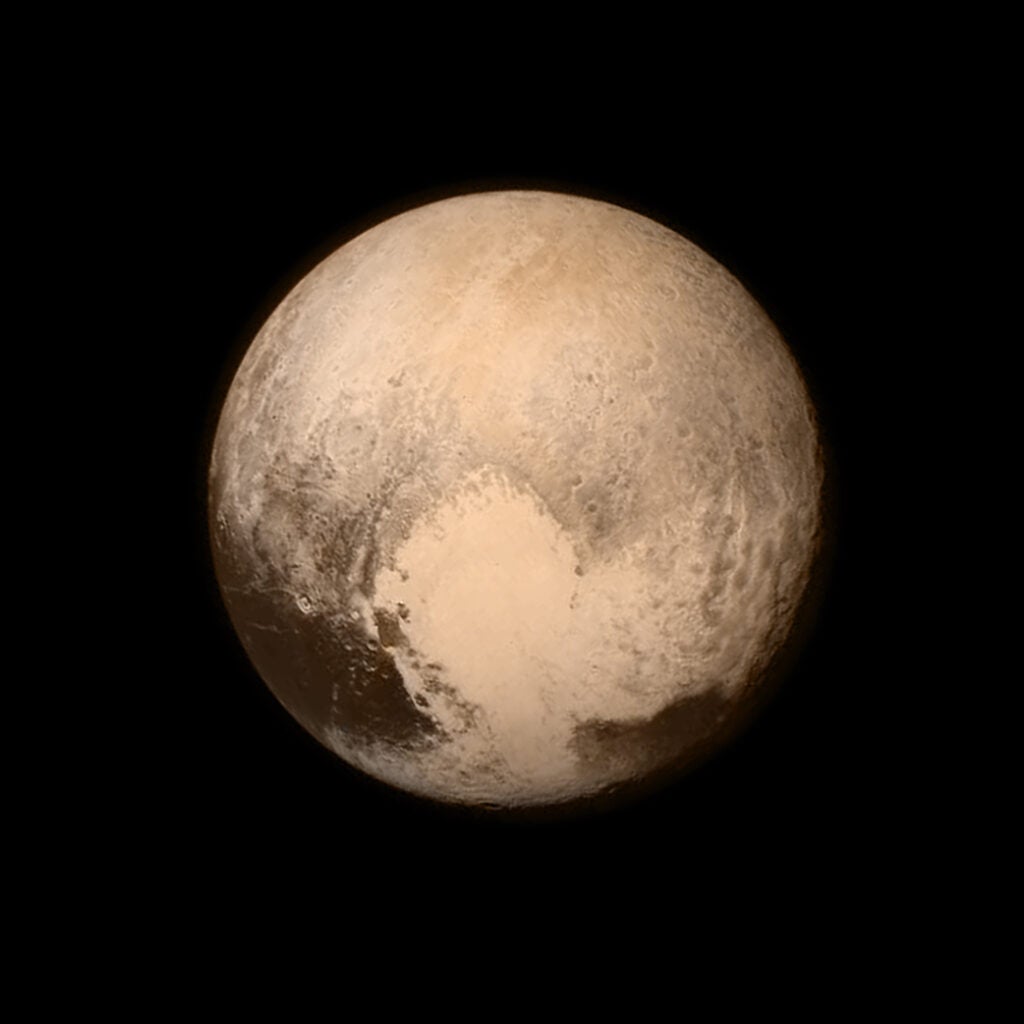 No images were more captivating this week than those released from our reconnaissance of the last great world in our solar system, Pluto. The New Horizons spacecraft completed its nearly decade-long journey to the dwarf planet, cruised past it at 35,000 miles per hour, and will beam its images and data back to earth over the next 16 months. We watched a flickering glimmer transform into a complex, icy world with craterless great plains, mountains the size of our Rockies, and five equally awe-inspiring moons. What will we explore next? 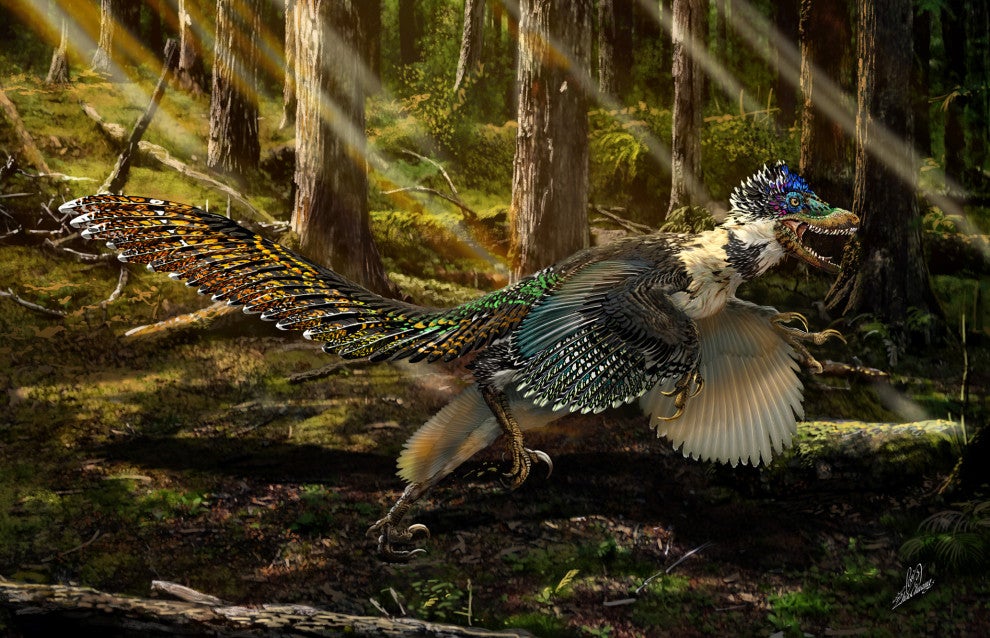 Little Arms Too Tiny to Fly

A farmer in the Liaoning Province of northeastern China discovered a majestic 125-million-year-old feathered dinosaur fossil that is a new species and cousin of the Velociraptor. The dino was about five feet long with extensive plumage, claws, and sharp teeth, but its arms were likely too short to be able to fly. Researchers named the remarkably preserved species Zhenyuanlong suni — “lóng” means “dragon” in Chinese. “Our discovery of Zhenyuanlong indicates that there is an even higher diversity of feathered dinosaurs than we thought,” study Lead Author Junchang Lü, of the Institute of Geology, Chinese Academy of Geological Sciences, said in the press release. “It’s amazing that new feathered dinosaurs are still being found.” 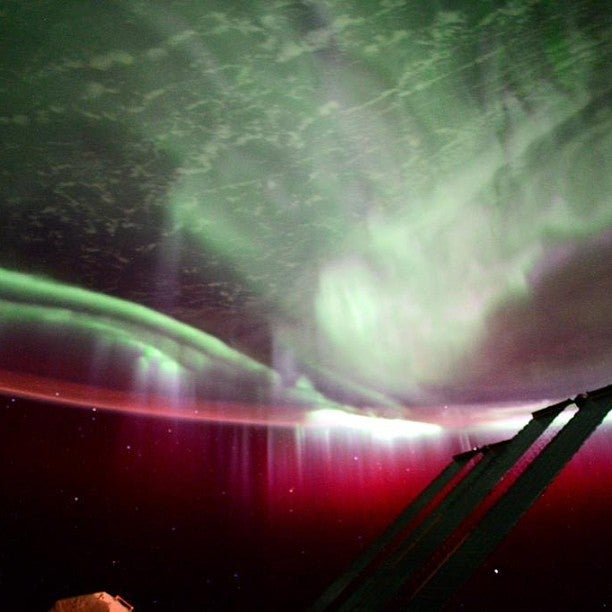 Life on the International Space Station sure has its perks. NASA Astronaut Scott Kelly snapped this photo of an aurora. He’s made it through most of his year in space, and will keep posting beautiful photos for us until next March when he comes back to earth. The red portion of the aurora is due to high-altitude oxygen molecules in the Earth’s atmosphere smashing into charged particles emitted from the sun. 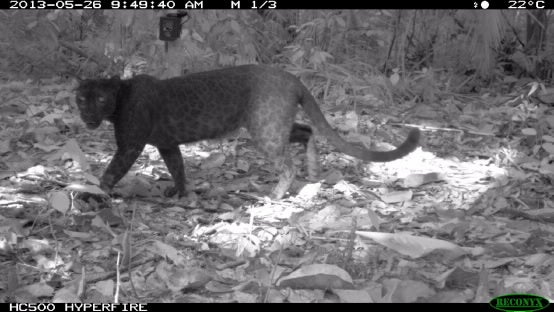 While black leopards appear to be monochromatic to humans, infrared cameras have detected their fur is actually covered with spots. Researchers have used this new identifying tool to tell different cats apart, which they say can help with conservation. The Japan Meteorological Agency’s new satellite, Himawari-8, that began operation this week takes photos of earth every 10 minutes, offering incredibly detailed views from 22,000 miles up. This week, you can see typhoons Chan-hom and Nangka spinning across the Pacific. 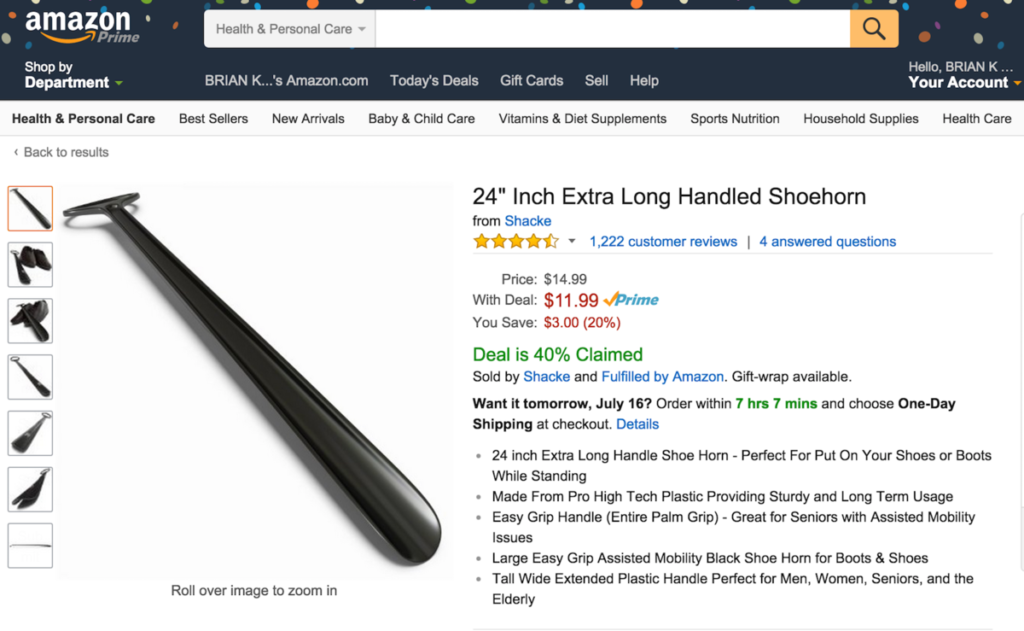 Amazon offered its first Prime Day this week, slashing prices on thousands of items for Prime members. While some of the best deals were on high-end products like 4K TVs and the Amazon Fire HD, most of the products were downright weird, like this unnaturally long shoehorn. Compilations of odd products abounded and the hashtag #weirdprimeday was trending on Twitter. I hope you snagged a discounted Beard Growther. 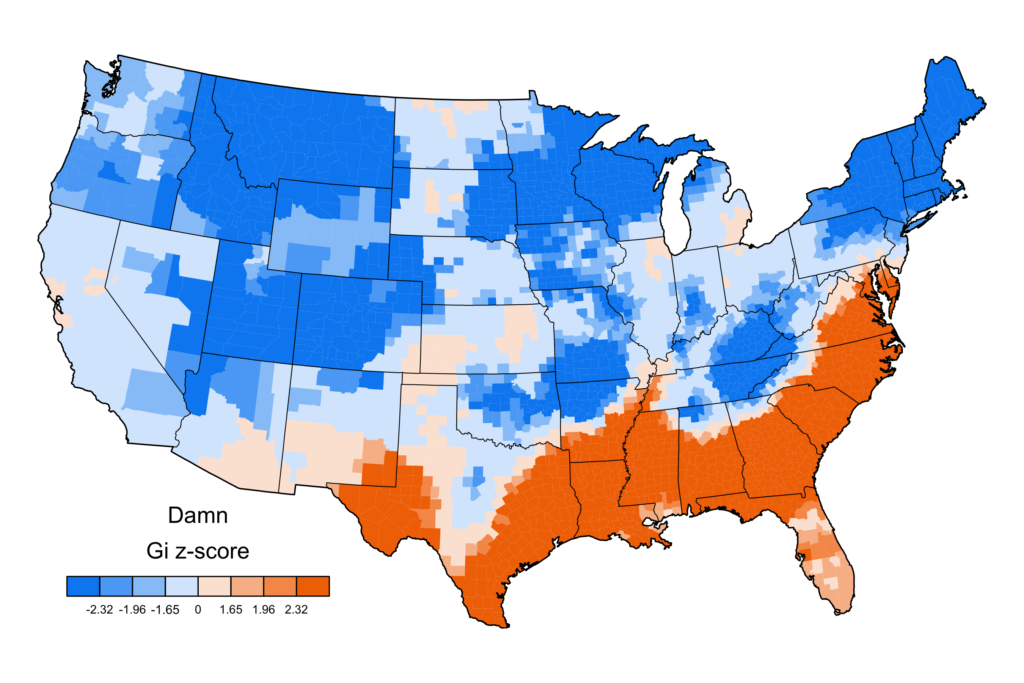 Linguistics expert Jack Grieve, from Aston University in Birmingham, England, made these swear word maps of the U.S. showing where certain phrases are more common. He used geotagged data from Twitter to visualize where people were cursing more or less. The orange means it was very common and the blue means it wasn’t common using a hotspot algorithm. You can see how other words mapped out here. 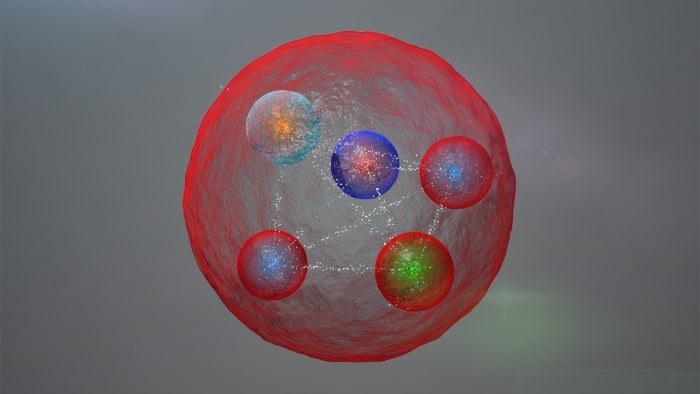 While most of the world was focusing on the Pluto Flyby, other science was happening, too. Scientists at the Large Hadron Collider announced they found a five-quark particle called a pentaquark. This particle was first postulated in the 1960s but wasn’t observed with certainty until now. Quarks, along with gluons, are the tiny constituents of protons and neutrons that make up all matter. The discovery of the pentaquark is the final confirmation of all theorized quarks, and can help physicists find out how quarks combine to bind matter together.

With as punishing as the Sahara Desert is, satellites are probably the best way to study it. The European Space Agency’s Sentinel 2A satellite captured this image in the Ghardaïa Province of Algeria, which can help scientists study desert evolution and climate change. You can see a large sand dune in the center of the photo and a line on the left that was once part of the trans-Saharan trade route.

Disney announced details for its new park, Disneyland Shanghai, this week, which is set to open next spring. The Tomorrowland will have a Tron rollercoaster where you can actually ride a Lightcycle. The park will have six themed lands, most replicating those at other Disney locations — Fantasyland, Adventure Isle, Tomorrowland, Mickey Avenue, Gardens of Imagination, and Treasure Cove, the first pirate-themed one.
amazon
Asia
disney
ESA
flyby