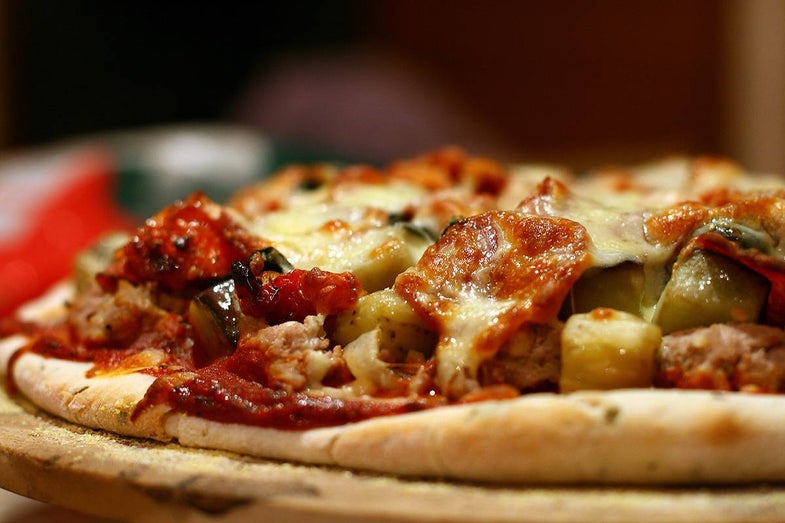 In what has been called an “act of evil,” four people were murdered on May 14 in a mansion in Washington, D.C. At first glance, the crime appeared to be motivated by money and seemed to be random, so investigators didn’t have much information to go on when trying to identify a suspect. But then, a stroke of luck: Police uncovered a box of Domino’s pizza, one of two that was delivered to the house when the victims were being held hostage.

Forensics specialists were probably able to extract some DNA from saliva from the pizza crusts left in the box–likely a difficult task, because the suspect had set the house on fire before leaving. When they ran the DNA through the police database to identify a suspect, they found a match with Daron Dylon Wint, a 34-year-old Maryland resident. Wint has been in trouble with the law before, having been previously charged with theft, assault, and sexual assault, which is why his DNA was in the database in the first place.

With Wint as a suspect, the crime was no longer random. Wint used to work at American Iron Works, where the victim Savvas Savopoulos was CEO and president. (The other three victims were Savopoulos’ wife, son, and housekeeper.) Wint might have been fired from his job, which would have given him a motive.

Sources have told investigators that Wint has left the Washington, D.C. area and is now in Brooklyn, New York. Wint is still at large, and police are looking for any information about him or other possible suspects.