How To Build A Podcast Empire 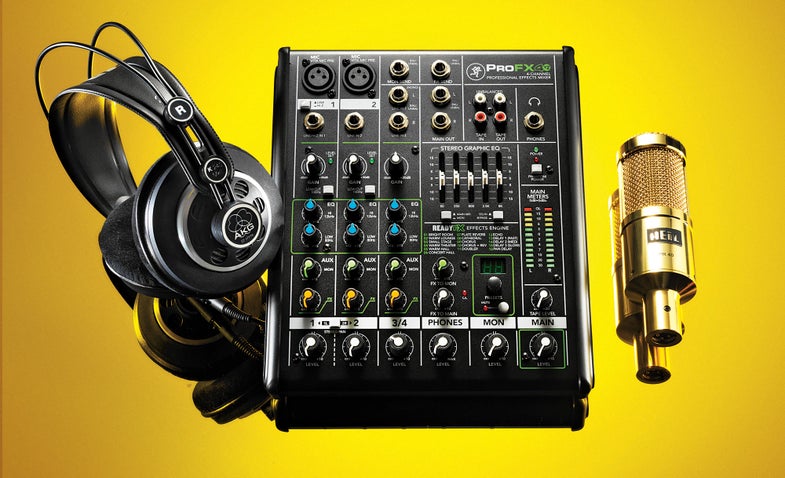 It took him 20 years, but Leo Laporte has built a podcasting empire that rivals the old-school broadcasters. He has more than 20 shows (This Week in Tech being a must-listen), which reach a combined 5 million people each month. His California home doubles as TWiT’s Brick House studio, and is littered with high-end tech to record, mix, and upload talk-show-quality content. Even if you’re a few podcasts short of an empire, this gear will set you on the right track.

If you want to hear quality sounds (and you’d better before you broadcast it to the world), you need clear and precise headphones. The MKII is legendary for its noise insulation—thanks in part to the large ear cups—and perfect sound reproduction. $199.

When you record a podcast with a guest, it’s important to pipe audio through separate channels. This Mackie mixer has two microphone jacks and 16 sound effects per channel. That way you can add things like reverb (to sound like you’re in a large studio) or delay (to give you an endless goofy repeat). You can also listen back on studio speakers or headphones, depending on which you prefer. $129.

Heil’s dynamic microphone is a great match for a portable audio mixer. The dual mesh screens allow for reliable response between 28 Hz and 18 kHz while reducing any popping sounds. Its warm tone makes it a favorite among professionals, and a tough aluminum body means it will survive life on the road—and be worth every penny. $319.

The approachability of podcasting makes it difficult to rise above the noise. This is a question much larger than podcasting; it’s happening across all media. If you can build a community around what you do—whether as a podcaster or even video-maker—that community will buoy you and support you and grow your audience.

Talk About What You Love

I choose panelists based on whom I’d love to hang around and chat with. Because on a slow day, when there’s no Apple news, we’ll just talk about Star Wars or whatever. It’s much less agenda-driven than a television broadcast. A lot of podcasting is hanging out with your buddies, talking about something you’re interested in.

No one doing a podcast should say in calculated fashion, “Let’s do something that’s going to make a lot of money.” It might work short-term, but real successes come from people authentically speaking their truth. In new media, one has to find a voice—but we’re only just beginning. We haven’t found the Ernie Kovacs of podcasting.

This article was originally published in the March/April 2016 issue of Popular Science, under the title, “Your Podcast Empire Awaits.”