Lenovo’s Modular Phone Will Turn Into A Projector And Speaker 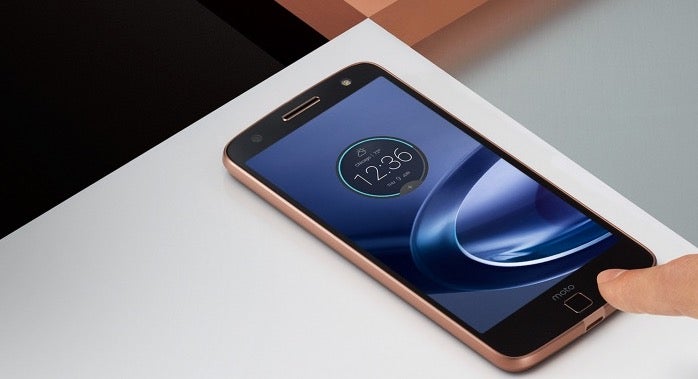 At their Lenovo Tech World event today, the computer company that ate Motorola showed off its idea for the future of smartphones—phones that turn into anything you want.

After announcing its new flagship Moto Z phone, it revealed that the phone will be surrounded by an ecosystem of modular attachments. These attachments are called Moto Mods, and Lenovo has committed to expanding this ecosystem as time goes on. There’s an attachment that adds a thin projector to the phone, which can project a 480p movie at 70 inches wide. Another Mod, made by JBL, adds speakers to the phone that can run for 10 hours without tapping the phone’s battery life. And of course, there will be a charging case, in addition to a yet-unannounced collaboration with Mophie.

The Mods connect to the phone via four internal magnets, and don’t require a restart of the phone when they’re connected.

This modular future represents a big step away from only selling the traditional flat slabs that have dominated the smartphone market for the past few years. It’s also an attempt to express that the modern smartphone can do more than be just a personal mobile device. The project attachment makes video and photos more shareable, but a sneak peek from Lenovo shows that it has plans to make the phone a computing centerpiece. By snapping on a HDMI-connector case, your phone could turn into a mobile desktop. Microsoft has tried to do the same thing with its ill-fated Windows phones, but we haven’t seen that actually come to fruition. Google’s Project Ara is also trying to enter the market this year as a modular phone.

The Moto Z itself has a 5.5-inch AMOLED display, with a Qualcomm Snapdragon 820 processor and 4GB of RAM. You can choose from 32 or 64GB of storage, and there’s an SD card slot for added storage. The Moto Z has a 2,600 mAh battery, which Lenovo says can charge to 50 percent in 15 minutes. There’s also the upgraded Moto Z Force, which adds shatterproof glass, a 21-megapixel camera, and a 3,500 mAh battery. The upgraded Force claims to have 30-hour battery life. Both phones charge over USB-C.

However, neither Moto Z has a headphone jack.