Science Confirms The Obvious: The Pull-Out Method Is Not Great For Avoiding Pregnancy

It's even worse for avoiding herpes. 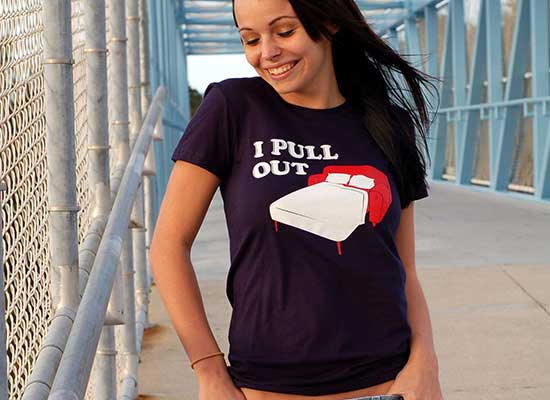 Today in scientific studies that confirm the obvious, we have a paper from the Duke University Medical Center that led to this stellar Reuters headline: “‘Pull-out method’ tied to unintended pregnancies.” Well, um, yeah.

The new study, performed by, swear to god, Dr. Annie Dude, found that 31 percent of women surveyed had used the pull-out method in the past two years. Twenty-one percent of those women reported an unintended pregnancy–significantly more than the unintended pregnancy rate of women who used non-pull-out-method forms of birth control (13 percent). “We found that people tend to use the withdrawal method when they’re not really planning ahead,” said Dr. Dude, confirming what we all pretty much knew anyway.

The biggest issue with the results of the study is that it suggests more women than previously thought are using the pull-out method, which, aside from being a not-very-effective means of contraception also provides precisely zero protection from sexually transmitted diseases. So, final judgment? The pull-out method: not one of the better methods.