What’s In Your Halloween Candy?

The science of chocolatey deliciousness

For the artful new book Ingredients, Dwight Eschliman photographed the mostly powdery ingredients that go into all our favorite foods. Above are the ingredients of a Snickers bar. Below, a close-up on one ingredient in particular: soy lecithin. 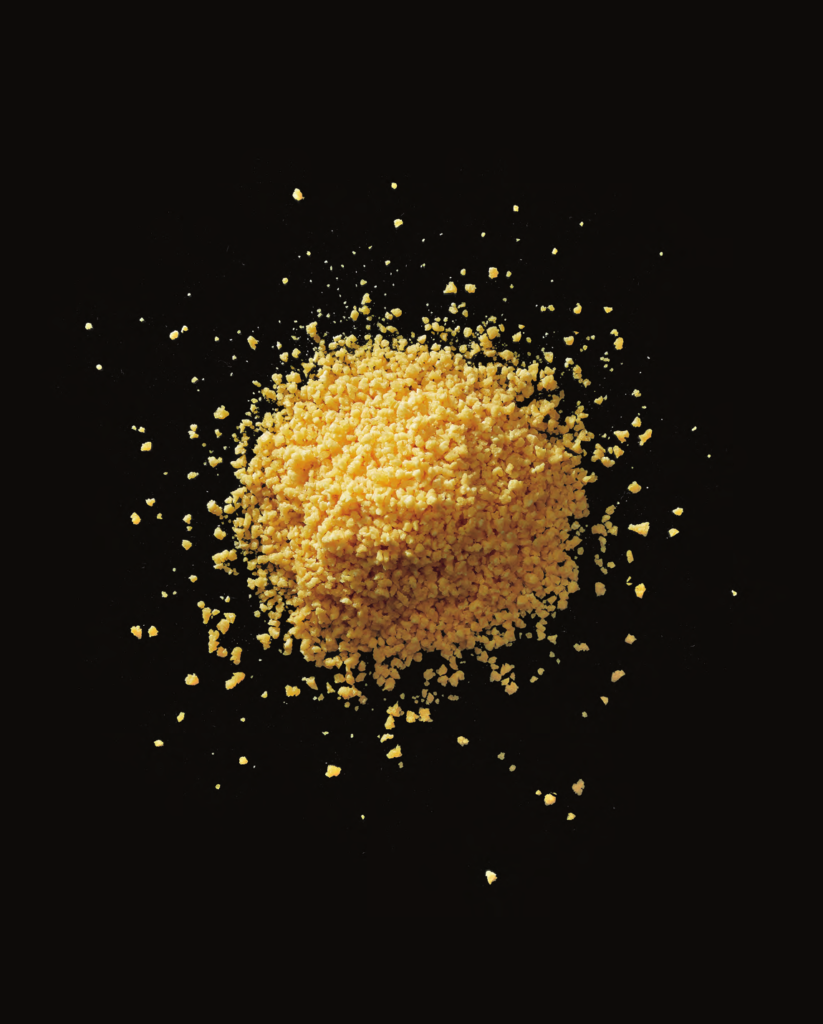 Lecithin is ubiquitous in the natural world. At least trace amounts of it are found in almost all living cells. Once considered a waste product from soybean oil processing, it is now one of the most common emulsifiers in food processing. French scientist Maurice Gobley was the first to identify lecithin, back in 1805. He found that egg yolks are about 30 percent lecithin. Gobley named his discovery after the Greek word for egg yolk, lekithos. European industrial soybean oil processing did not start in earnest until around 1908. In 1920, more than a century after Gobley’s discovery, German food scientists identified the stinky, dark brown waste sludge left over from that processing as lecithin. Lecithin additive is refined from that sludge, which is slightly heated to remove water until it resembles molasses. The processors further refine it into clear liquid or mix it with a little oil to make granules and powders. Since it’s much easier to extract from soy than from eggs, soy lecithin became one of the very first industrially produced emulsifiers used by commercial bakeries. 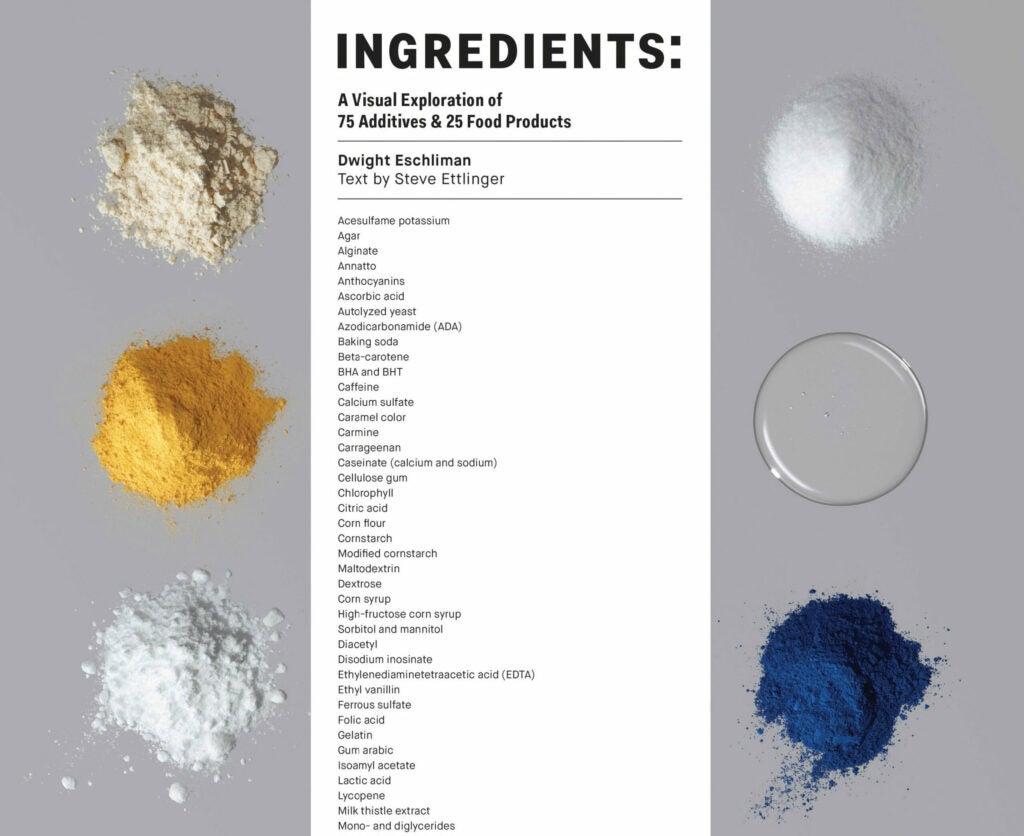 Lecithin often works in concert with its synthetic counterparts, mono- and diglycerides and polysorbate 60. Lecithin seems indispensible to bakers, as it improves dough handling, moisture retention, texture, volume, browning, and shelf life, all while improving the effectiveness of shortening and reducing the need for expensive and perishable egg yolks. It also serves the delectable purpose of keeping chocolate smooth and reducing “bloom,” that white haze of fat that sometimes forms on the surface of chocolate confections. Lecithin is also used to smooth out and bind ingredients in ice cream, chewing gum, and peanut butter as well as whipped topping, processed cheese, and dry beverage mixes. This is merely a short list of its emulsifying abilities: wetting agent, instantizer (helping things dissolve), release agent (in cooking spray), antidusting agent, and more. On top of that versatility, it’s high in polyunsaturates, cholesterol-free, and totally safe to eat.

Not surprisingly, lecithin has many nonfood uses as well. It emulsifies paint pigments, water-based printing inks, plastics, and the coatings on videotapes; it works as a skin softener in cosmetics, helps oil penetrate leather, and plays minor roles in paper coating, waxes, adhesives, lubricants, and explosives. This useful goo has risen to far surpass its former tag as a waste product. 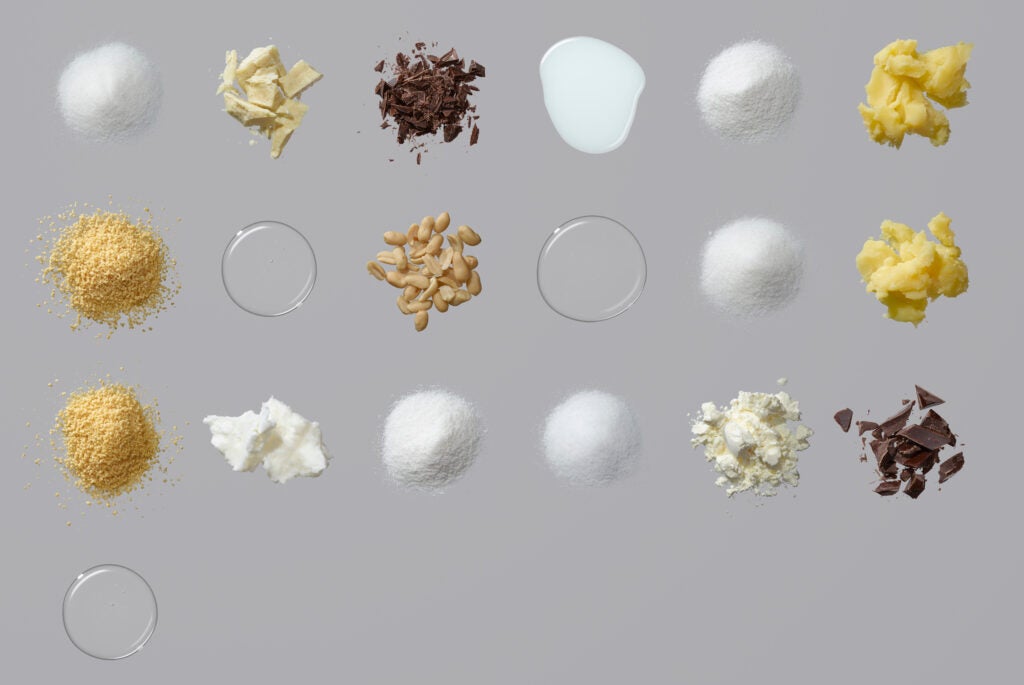 What’s In A Snickers Bar