It’s been brutally hot here in the Midwest, with heat indices hovering in the 110-112 range for the past few... 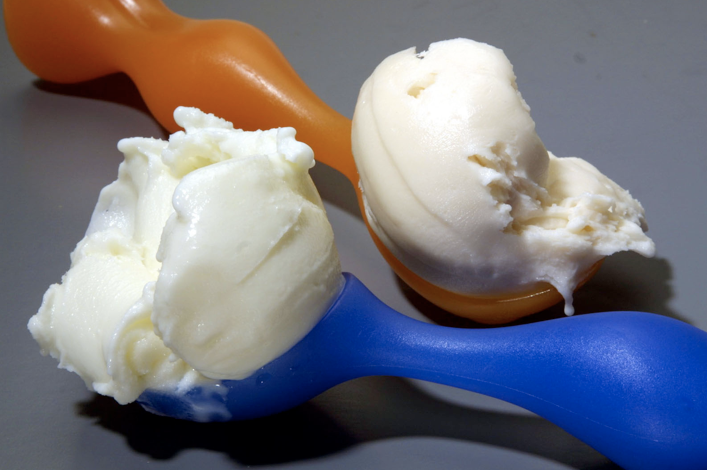 It’s been brutally hot here in the Midwest, with heat indices hovering in the 110-112 range for the past few days and signs pointing to another heat wave this weekend. So this new flower-based ice cream from Fraunhofer Labs sounds mighty appealing.

It has no dairy, gluten, animal fats or protein, and it’s cholesterol-free, says Fraunhofer. The ice cream is now on sale at a German supermarket chain.

“Lupinesse,” as it’s called, is derived from the seeds of the blue sweet lupin, known in this country as lupine. They flower as tall, thin rods — Texas bluebonnet is a lupine, for instance. The blue sweet lupin, which is indigenous to Europe, has a particularly high-protein seed, which is important for developing a creamy consistency, Klaus Mueller of the Fraunhofer Institute for Process Engineering and Packaging IVV in Freising, Germany, said in a press release. The protein also has cholesterol-regulating effects, he said.

Plant-based ice creams are obviously not a new idea — there are several types of soy, coconut and nut-based ice creams on the market, targeted for vegans and people with lactose intolerance. But this one is valuable because the plant protein has additional health benefits, and the plant itself has nitrogen-binding roots, so growing it can improve soil quality. Apparently lupin is considered the “soybean of the north” in Europe.

Scientists tried to produce food products from lupin in the 1990s, but they couldn’t make it work. The protein-rich seed of this particular lupin, plus a new production method developed at Fraunhofer Labs, made this new ice cream possible. It comes in Vanilla-Cherry, Strawberry-Mousse, Walnut Dream and Choco-Flake flavor. Too bad it has just as much fat as regular ice cream.