What the heck is the Green New Deal?

The vast proposal outlines a plan to save the Earth from environmental catastrophe. 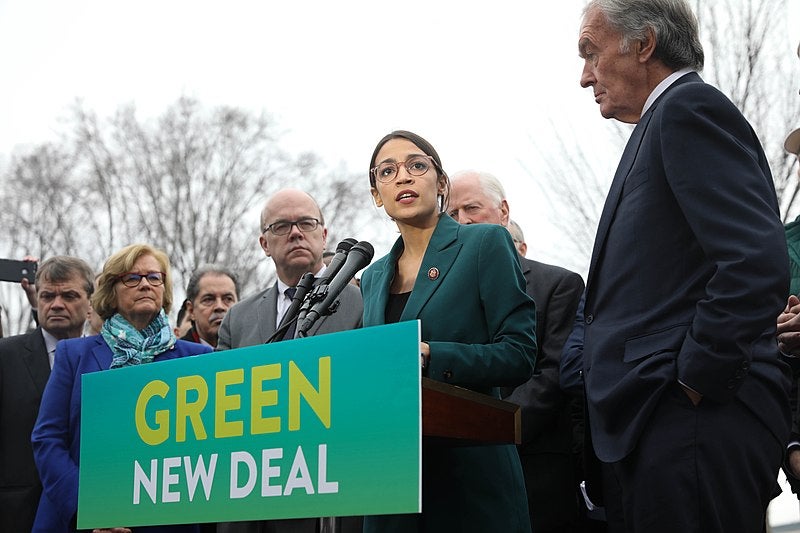 We’re running out of time to cut our greenhouse gas emissions and stave off the most dire impacts of climate change.

That’s the conclusion of two reports published at the end of 2018. Both agree that limiting global warming to 1.5ºC above pre-industrial levels is needed to stop dangerous and damaging heat waves, droughts, sea level rise, and other impacts. That’s pretty dire, given we’ve already warmed the planet by about 1ºC. According to the International Panel on Climate Change’s Special Report: Global Warming of 1.5ºC, if we don’t lower our current rates of burning fossil fuels, we could bring on that extra half-degree as soon as 2030.

The Green New Deal—a broad resolution introduced Feb. 7 by Democrats Alexandria Ocasio-Cortez of New York in the House and Ed Markley of Massachusetts in the Senate—cites these studies as an impetus for a massive stimulus package.

Climate change and environment destruction is disproportionately affecting “frontline and vulnerable communities,” the resolution says, defining these communities as “indigenous peoples, communities of color, migrant communities, de-industrialized communities, depopulated rural communities, the poor, low-income workers, women, the elderly, the unhoused, people with disabilities, and youth.” The resolution moves to counteract injustices and curb climate change by outlining an overhaul of the United States’ existing energy production, manufacturing, and transportation systems—all in the next 10 years.

The climate goals of the Green New Deal

The resolution outlines a number of goals toward meeting its vision of climate action. Here’s a summary:

The Green New Deal is non-binding—its passage wouldn’t itself create new laws or programs. It would be up to lawmakers—and pressure from their constituents—to approve legislation that would put the 10-year plan in action.

Still, with 67 co-sponsors and many democratic presidential candidates showing their support, the groundbreaking measure is poised to reframe how we talk about addressing climate change—and how we might avoid the worst-case scenario that we’re currently hurtling toward.