What Does A Mine in England Have In Common With Mars?

Looking for life in weird places 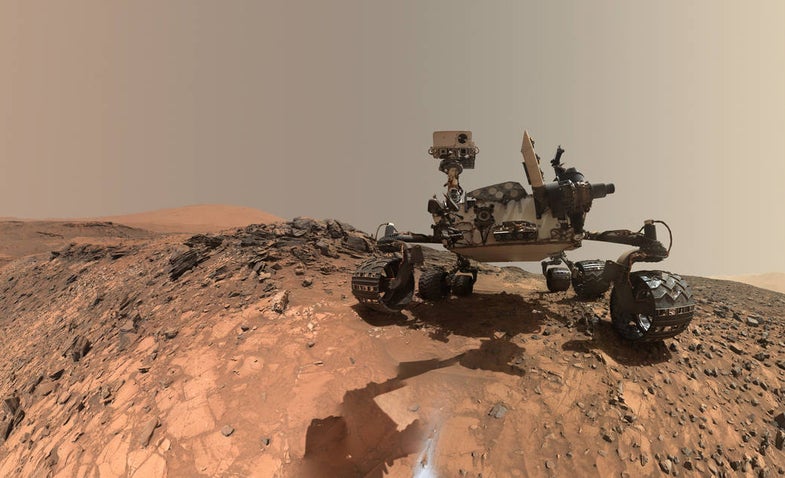 Boulby, in the United Kingdom, is a working mine, where workers remove salt and potash (a fertilizer ingredient) from the ground. It’s also the location of an underground science lab where researchers investigate everything from dark matter to astrobiology.

This week, the mine was host to researchers from the Mars Analogues for Space Exploration (MASE) project, a four-year project to analyze environments on Earth that may be similar to Mars.

Heading two-thirds of a mile deep into the Earth, researchers examined hexagonal features similar to those that rovers like Curiosity have observed on Mars. The researchers hope that by developing techniques to examine features like this for life here on Earth, they could eventually help develop tools for future Mars missions to identify extraterrestrial life on Mars itself.

“In Boulby the rocks were formed around 250 million years ago, in a giant inland sea.” MASE Scientific Coordinator Charles Cockell said. “We think the polygonal shapes are connected to the expansion of salt when the sea periodically dried out, similar to the processes we see in places like Death Valley in California today. These features are similar to some environments we see on Mars. We suspect that the rims contain clay, iron and organics and we want to test the hypothesis that they contain signatures of life.”

The salt polygons Cockell mentions area few feet across in places, etched on the cavern walls. Similar structures have been seen on Mars. If the researchers can identify signs of ancient life in the 250 million year old rock in England, they may someday be able to do the same on Mars. 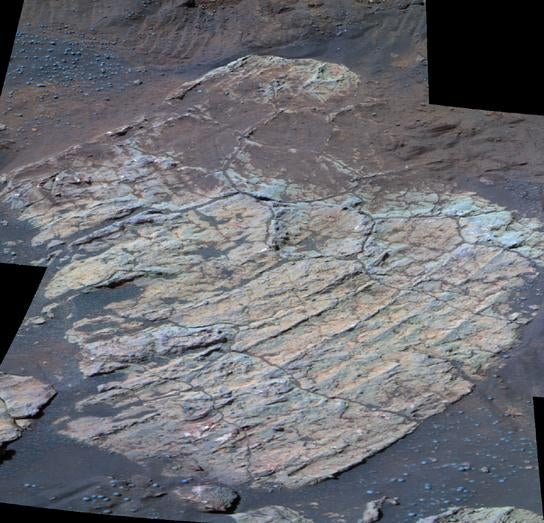 Polygons on the surface are similar to those seen in mud or salt formations after a body of water evaporates. 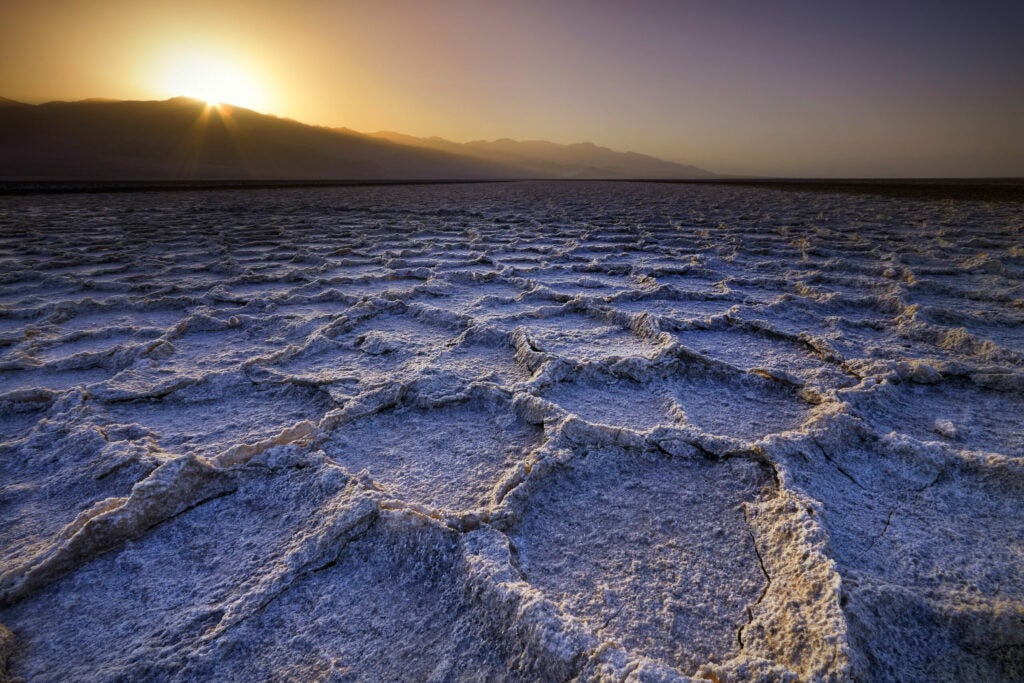 Polygon shapes form in the salt in Death Valley as water evaporates. 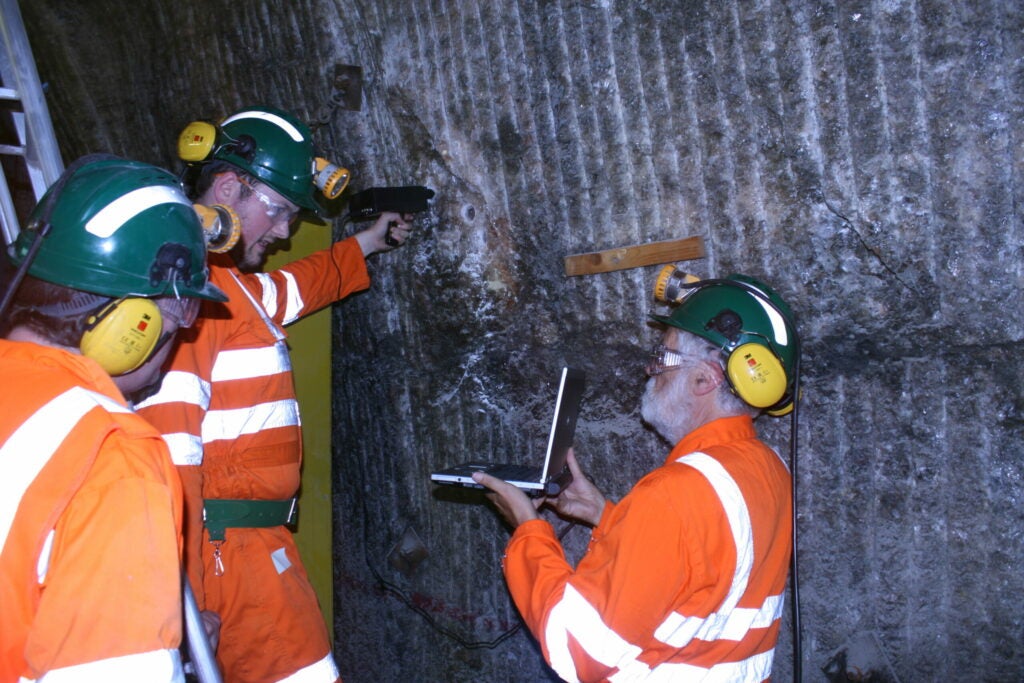 Researchers take samples of rock similar to those observed on Mars. The rocks in the mine formed 250 million years ago, and could be a good analogue to present rocks on Mars.