Is This Weird 3-Story Solar Powered Jet The Airliner Of The Future?

Probably not, but check back in 30 years 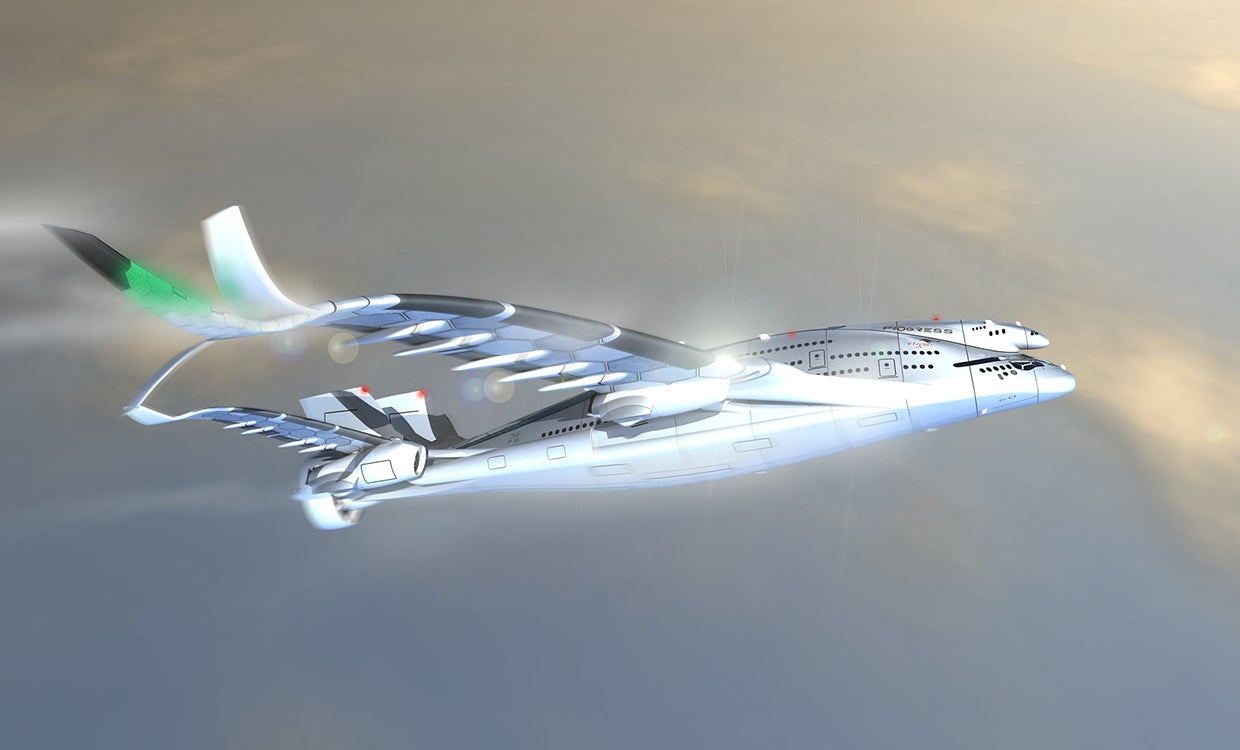 The Progress Eagle is a gigantic concept airliner by designer Oscar Viñals. It’s an amazing air transit behemoth, with solar panels and a giant wind turbine, all for a glorious future that may never come to pass.

By design the Progress Eagle is a plane that couldn’t work today. The body relies on stronger, better, and cheaper graphene than currently exists, as well as fuel cells and energy technologies that aren’t advanced enough to make the giant plane work yet. But Viñals hopes that materials science will advance enough by the 2030s to realize the vehicle. He also wants the Eagle to have some kind of futuristic tool for “clearing” the atmosphere–by capturing harmful atmospheric particles like C02. No word on how that device would work, however.

The Progress Eagle is meant to be large enough to carry 800 passengers, and its planned 314-foot wingspan would make the plane only smaller than the 320-foot wingspan of the Spruce Goose. But as envisioned Viñals says it will have zero carbon footprint. At the back of the plane, a wind turbine will draw energy from the flight and turn it back into power for the plane, while solar cells on the wings will draw in extra power and reduce the plane’s impact. The engine will be completely electric, and the plane will run on hydrogen fuel cells, as well.

It’s a beautiful, magnificent, improbable vision for future aircraft, but unlike a similarly unrealistic Russian concept, at least the Progress Eagle isn’t designed for war.

Watch a concept video for three-decker plane below: