Pitstop on the way to fighting ISIS 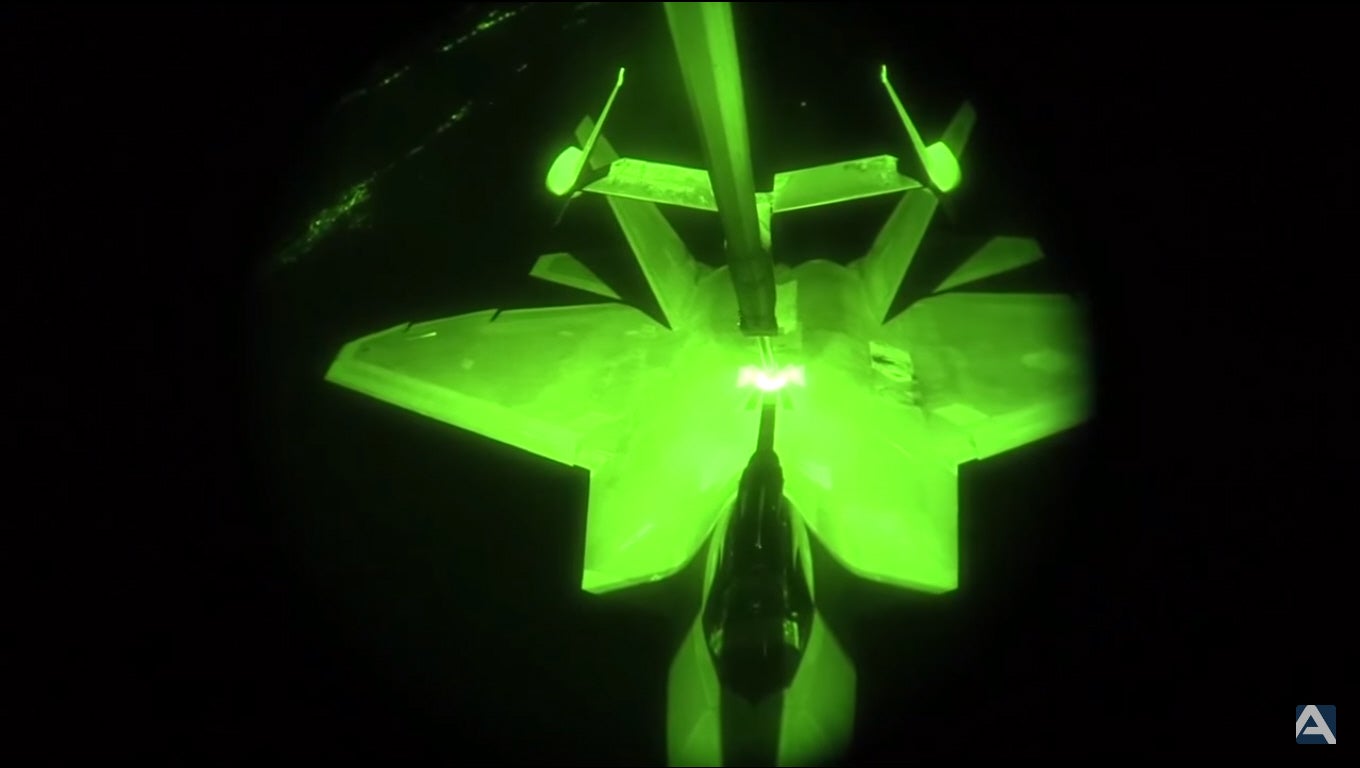 Like an outstretched ovipositor, the refueling rod lowered itself to the glistening opening above. Like a suckling calf, the state-of-the-at stealth fighter approached the essential fuel supply in the sky, and attached itself, refilling its tanks. There is no point to sending a plane to war if it isn’t coming back, and as mundane as it is, aerial refueling is an essential part of that process.

The F-22 is an odd plane for this job, Built to replace the F-15, the F-22 is an air superiority fighter, with almost everything about it designed to best other aircraft in the sky. The United States military has barely faced any opposition in the sky during a war since the end of the Gulf War in 1991. (The Serbian Air Force in 1999 is the only significant exception.) So most of the time, what the F-22 does is escort other planes to protect them from a fight that isn’t going to happen.

That doesn’t mean fights couldn’t happen; both Assad’s government in Syria and its Russian allies fly planes over the country. But it hasn’t happened yet, and while the F-22 is mainly made to fight other aircraft, it can still do a little bit of bombing while flying over ISIS-held territory.

And in order to do that, it needs the range provided by taking on more fuel in the middle of a mission.

Watch more of the refueling below: