This Futuristic Concrete Heals Itself With Built-In Bacteria 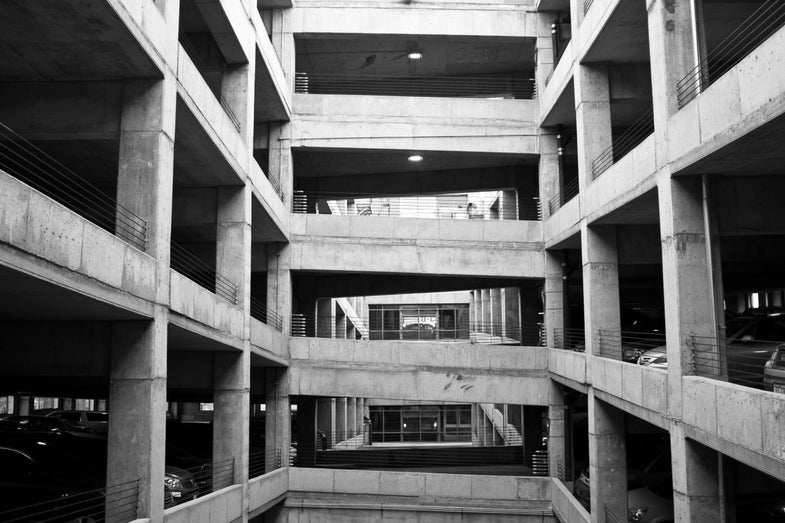 Concrete has been a go-to building material since Roman times. It’s durable, easy to make, and relatively inexpensive. There’s just one problem: It has a tendency to crack.

There are a lot of different reasons that concrete cracks, but in general, it gets stressed either from the load its carrying, the weather, or other natural forces, and it fractures under the pressure. Regardless, cracked concrete is never something you want to see in a building, bridge, or street. At best, it’s something you want to avoid stepping on (for your mother’s sake), and at worst, it’s a sign of a structural defect that could lead to big problems–and huge repair bills–down the road.

But concrete that heals itself is inching closer and closer toward reality. Henk Jonkers, a microbiologist at Delft University of Technology, is working on a concrete with built-in bacteria that can fill in cracks as they form.

The bacteria are packaged in minuscule pellets, which together look like a fine, white powder. These pellets contain dormant Bacillus and/or Sporosarcina bacteria, as well as their food source, calcium lactate. The powdery substances are then mixed into wet concrete before it gets poured into place. When a crack forms and water seeps in, the bacteria “wake up,” and start eating the food. As a result, the bacteria excrete a hard limestone filler, which fills in the crack and prevents the water from doing more damage (such as rusting the steel bars that are present in a lot of concrete structures).

While many forms of concrete start breaking down after 20 to 30 years, these bacteria can stay dormant for 200 years without food, potentially extending the life of a concrete structure for decades past its expiration date.

Other researchers in the U.K. are working on a very similar concrete project, and the idea of using bacteria as a glue or plaster (not built into the concrete) has been around for a few years. But Jonkers and his team have actually brought the concrete out of the lab and into the real world, using the concrete to build a self-healing lifeguard station. The building has already proved its resilience, cracking and quickly sealing its wounds. Jonkers hopes that eventually more buildings will be built with the biological concrete, creating structures that will fix themselves instead of degrading into fixer-uppers.