The real reason that familiar Apple Mac chime is off key

Don't blame the composer who wrote it. 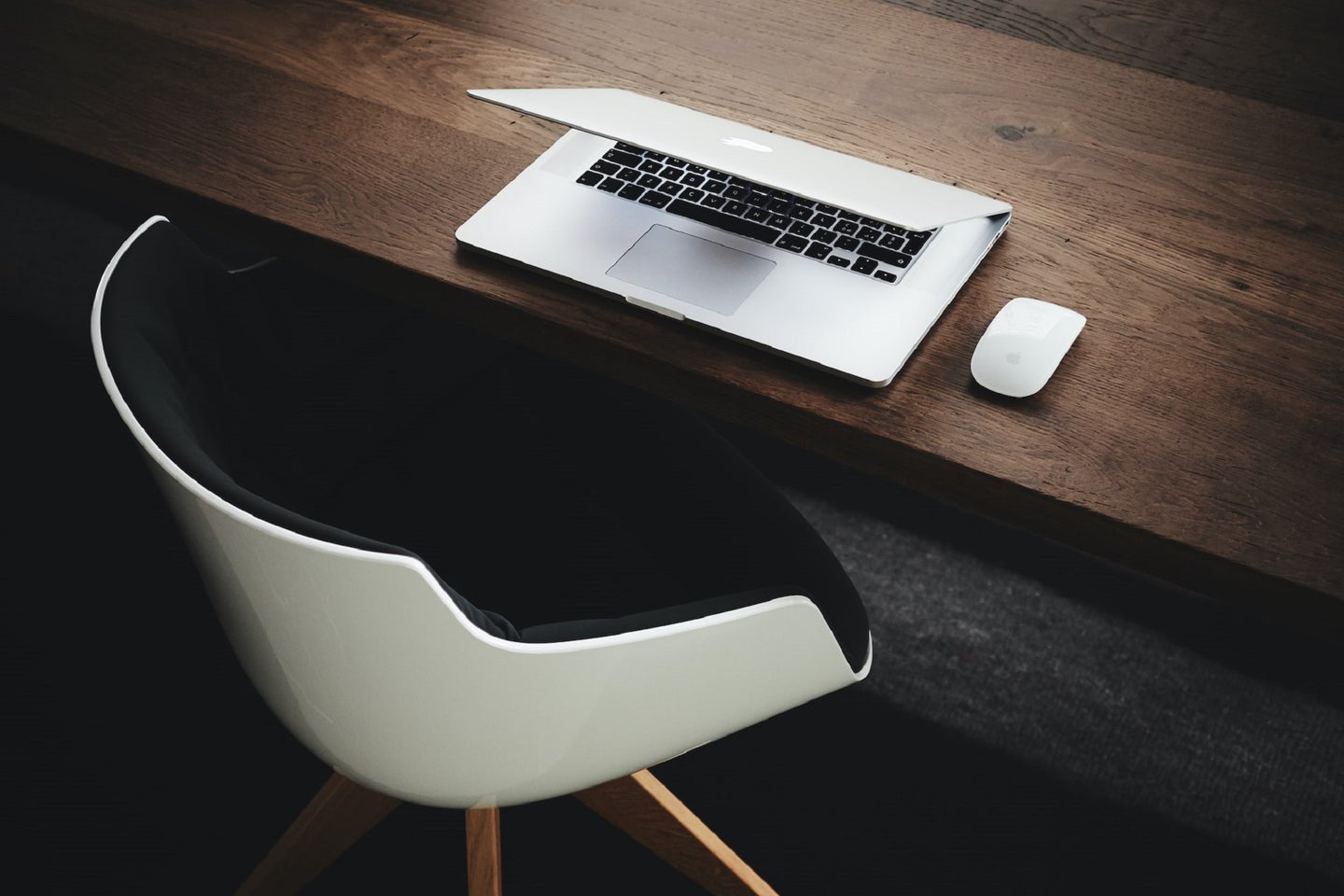 Because of an internationally standardized allocation of named pitches to set frequencies, we have jettisoned the vast majority of other frequencies into musical oblivion (in Western music at least). With this in mind, I’ve held on to an unproved theory: that one global tech giant has exploited our unfamiliarity with such long-forgotten frequencies in order to create an instantly recognizable aural logo for its brand. If the world standardized fabric colors, would you not dye your T-shirts shades in between these set colors, giving your brand unique recognition?

The company is Apple, and the genius aural logo is the start-up chime of an Apple Mac computer. It has a strikingly unique sound that most of us instantly recognize, though few can explain why; it is, after all, just one simple synthesizer chord. One clue to its singularity is that it’s out of tune. It’s not a C chord, an A chord, or a D chord. Its most recent variant is neither an F major chord (F4 is 349.2 Hz) nor an F♯ major chord (369.99 Hz); the F of the Apple chime is somewhere in between the two. If all the music we listen to is bound by a series of set frequencies, then surely the way to make an aural impact is to place one’s sounds outside these numbers? And Apple’s start-up chimes are incredibly successful at expressing the company’s identity in a single musical chord—thinking outside the box is definitely part of their core identity.

I was therefore excited to have the chance to interview the composer of the chimes, Jim Reekes. He is a remarkable and fascinating character, a composer, sound designer, software engineer, photographer, and polterzeitgeist (as he calls himself). Reekes told me that his idea for a start-up chime came from his need to be calmed whenever his Mac crashed. Before the famous chimes, Apple had installed cheap and nasty beeps that amplified his annoyance when his computer rebooted following a crash. These beeps were very much a product of the restrictions of the limited bit rate of computers and the inferior quality of their speakers. As the Macs improved, Apple employee Reekes saw an opportunity to compose a chime that utilized the full frequency range of their larger speakers. He wanted the sound to have a Zen-like “cleansing” effect, so he chose a C major chord, the simplest of harmonies, played on his Korg Wavestation synthesizer. But the chime was far more complex than it sounded. It consisted of notes that were organized (“voiced” is the musical term) in the same order as the harmonic series, ending with an E at the top.

“I added a third at the top and it just rung nicely with all the other partials. It made it a bright tone. Psychologically, we are hearing that and it doesn’t sound resolved. It felt like you were lifting up, which I was intentionally trying to do.” Reekes also spent a considerable amount of time experimenting with the sound of the chord, adding all kinds of effects, including chorus (making the sound richer and “fatter”) and reverb (placing the sound in an ambient “space,” as if in a hall).

I then asked the question that would prove my theory about the genius of Apple: the novel idea of placing the start-up chime in between established musical frequencies, giving it singularity in a noisy aural ident market.

“So how did you detune the whole chord by a quarter tone in order to make the chime so distinctive?” I asked. “Did Apple say, ‘It’s a great marketing thing; we’re gonna stick it in the cracks of the piano where nobody else occupies that frequency space’?”

Reekes shook his head and grinned.

“You’re overthinking it,” he responded. “As far as I’ve been able to piece this together, it’s a f ***up. I wasn’t there, so they probably got confused … When they played it back, they weren’t musicians, they didn’t know, they’re f ***ing engineers! They’re like, ‘Hey, sounds good enough to me.’”

Was it possible that this was a design fault on the part of Apple? Could a company that prides itself on such attention to detail have created a unique sound by accident? Reekes offered a number of different thoughts about the change in pitch, but a deliberate act on the part of Apple in order to give itself a unique musical signature was not one of them.

It was time to don my frequency sleuthing hat. In my studio work, I have occasionally encountered a problem where clients’ audio waves (called stems) play out of tune (and a little faster) when loaded into my computer. The problem is caused by a sample rate discrepancy. To understand this, imagine a film made up of twenty-four frames per second playing through editing software set to play at twenty-five frames per second—the computer would have to stretch the film file, spacing out the frames slightly, meaning they would be slowed down in order to fit. This is the problem I sometimes encounter when clients send stems recorded at 44.1 kHz; played on my machine, which defaults to 48 kHz, they sound slightly lower pitched and play fractionally slower. The solution is to convert the clients’ stems to the same sample rate as the audio software.

In February 1993, Macintosh released the Centris computer with its distinctive G major chime (which corresponds to the standardized G of 195.9 Hz). I recorded this start-up into my software set at 48 kHz. I then changed the project to 44.1 kHz— predictably, the chime sounded lower. But amazingly, its pitch dropped to exactly the same frequencies as the most up-to-date chime (which was introduced on the Power Mac 9500 in 1995). It appears Reekes was on to something—the random detuned chord found on all modern Macs can be achieved through a straightforward sample rate change. Does such an action seem deliberate or merely the slip of a mouse?

We went on to compare notes on our lives as composers. I commented on some recent rather banal generic music I had written for a TV documentary.

“Hey, at least you got paid!” Reekes said.

“More than I did,” said Reekes. “Wanna see a grown man cry?”

He never received a cent for his start-up chime.

Buy What the Ear Hears (And Doesn’t) by Richard Mainwaring here.