Will supply chain issues affect the books you want? Depends on what you’re reading.

We have some tips if you're looking for a page-turner this holiday season. 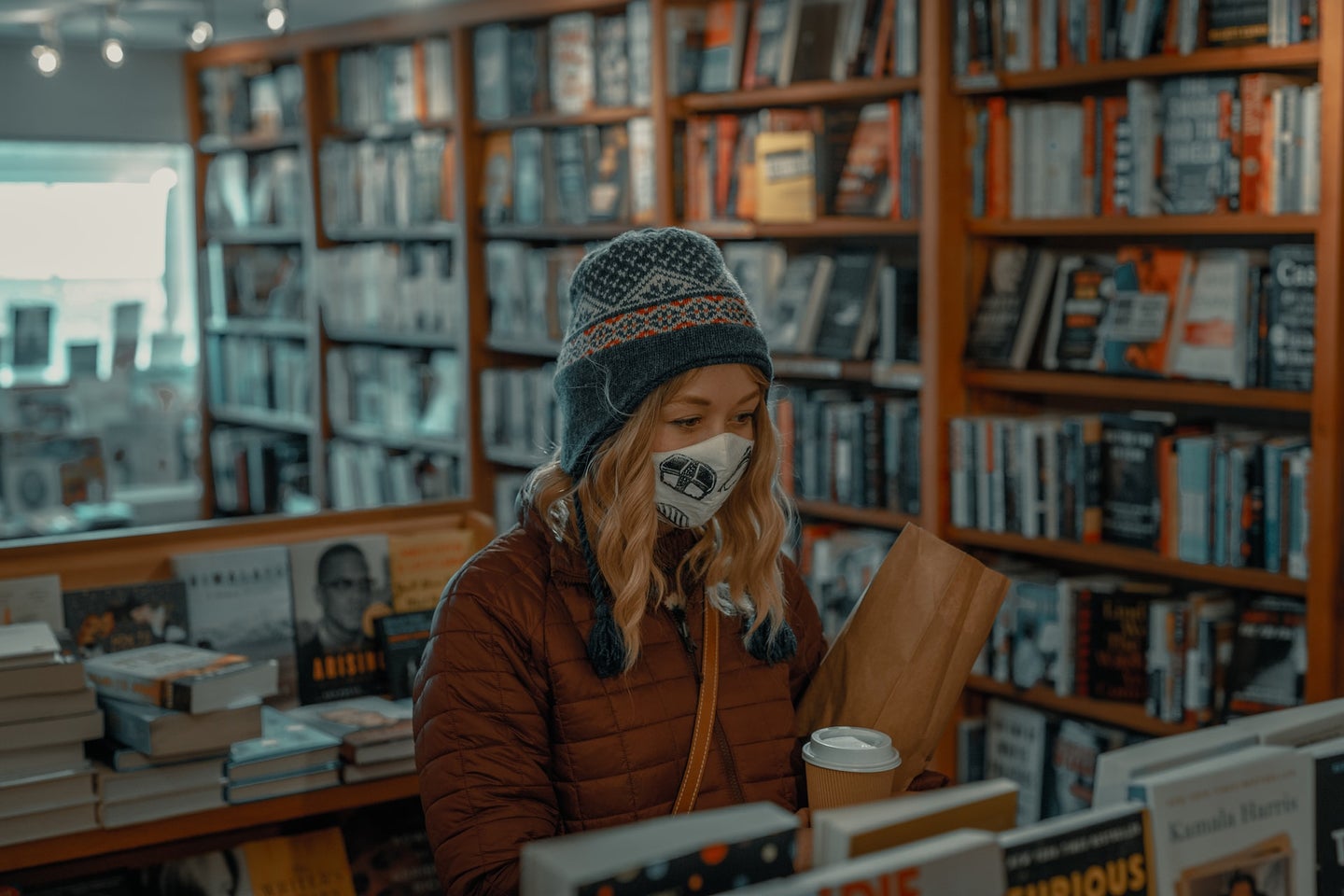 Some books could be hard to find, but others won't be—if you follow some simple advice. Photo by Clay Banks on Unsplash
SHARE

The supply chain issues that came for toilet paper early on in the Covid-19 pandemic are slamming another beloved paper product: printed books—and just in time for the holiday shopping season. The culprits: paper shortages, hiring challenges, and transportation issues.

As more titles sink into the supply chain tar, the problems could get stickier. What do you do with a Halloween book that won’t be ready for store shelves until, as The Washington Post reports, November 2? A haunting problem. And when the cargo ships floating offshore finally get to dock, how will they move the books out? The trucking industry remains an understaffed mess.

Though readers on #bookTwitter are focused on tales of reading joy, authors are sending up flares. Author Roxane Gay posted about the anxiety-producing state of the book Why Design Matters: Conversations With the World’s Most Creative People, which is by her wife, author Debbie Millman. Originally set to debut on October 26, the book’s pub date was pushed to Nov. 9 and now won’t hit shelves until early 2022, shelving any plans for holiday gift sales. The reason? “It’s stuck on a boat in the ocean,” Gay tweeted earlier this month.

As long as readers and gift givers are ok with buying a backlist title (that term refers to older books), they won’t get stung by the supply chain muddle. And the backlist has been getting quite a bit of love from consumers over the past couple years. In 2020, backlist titles made up a stunning 67 percent of the 751 million print units sold, according to NPD BookScan. That was up 4 percent from 2019 and 13 percent from 2010.

“I don’t think it’s going to be horrible [for consumers],” says Brian O’Leary, executive director of the Book Industry Study Group. “One thing to keep in mind is that there are something in the range of 20 million books in print. A small bookstore might be stocking 40,000 different titles. A larger [chain] bookstore might be up to 150,000 or 200,000.”

Kristen McLean, primary industry analyst at NPD BookScan, seconds the idea that this isn’t something readers need to worry about. “Publishers are going to be hurt by this. Authors are going to be hurt by this. Distributors are struggling. But consumers, not so much,” she says. “Consumers by and large will go and pick a different book if the book they want is not there in person.”

New titles that are expected to hit bestseller lists will, most likely, be fine this holiday season, says O’Leary. “The planning around bestsellers and anticipated bestsellers is pretty good because [publishers] go in…hoping for demand, and [they’re] going to try and get those books into as many different stores as possible.”

So what books will elude consumers grasp? Maybe a niche title set to be released in December that you really want to buy for a relative for Christmas—but random rave reviews turned it into an unexpected bestseller. Or a widely-anticipated cookbook that you refuse to cook from unless you can spill sauce on real paper pages.

But as much as consumers can breathe easy and just pick a different book, publishers, authors, and distributors are under pressure. Forty percent of book sales occur around the Christmas-buying season and if a new title doesn’t make it to store shelves in time? Oof.

Meanwhile, it makes sense to wonder: What can’t people just buy e-books? Of course, that’s a solution in some cases, but while reports of e-books taking over the industry swamped publications some years back, paper books remain all the rage and are dominant. In fact, e-books hit their high-water mark in 2013 but print has been taking market share back ever since, says McLean.

Another problem: North American paper markets aren’t exactly a happy industry right now. Mills that remain open have switched up to 40 percent of some machines’ capacity from paper to packaging grades (such as the material for boxes), according to Quad, one of the few major American printing companies left.

Speaking of printing, there’s a reason that so many books are taking a longer-than-planned cargo ship cruise: the full-color glossy cookbooks and gift books that are popular for holiday gift giving can only be printed overseas. There aren’t any printing plants that can churn the beauties out in the United States.

[Related: Why a record number of container ships are backed up off the coast of California]

Though there are exceptions, the timeline for new titles generally has publishers sending final files to the printers three months before the pub date, with printing and binding taking place two months out, and “then you want to try and get the inventory into the supply chain somewhere between four and six weeks before on sale,” says O’Leary. And the schedule is even tighter for mass market paperbacks, which have their own distribution programs.

One way the industry could expand printing capacity to move more books through faster would be to add a third shift. But those staffing issues happening at local restaurants and pretty much every other job in America? Printers are short-staffed too.

Competition for workers is also hitting printing. Many printing plants are located near warehouses owned by Amazon or other publishing services. With wages going up, workers know they have options, “and they’ve been taking them,” says O’Leary.

“It’s been hard during the pandemic to maintain third shift partly because people have been getting sick and in other cases, they may not be sick but they may have family members who are sick,” says O’Leary.

Nowadays, most books travel from the printing companies to a distribution center. That’s a time-zonking change from the printer-to-store process that took place years ago. Moving that many books requires dedicated trucks, which is currently the biggest crapshoot component of the whole supply chain.

O’Leary says the country is tens of thousands of drivers short: “That’s a long-term problem and they’re increasingly being used [to handle online] individual deliveries. It’s a more complicated and demanding set of tracking requirements that we’re just not able to keep up with.”

But both McLean and O’Leary think the book publishing problems will start to ease up in the middle of 2022.

“Yeah, there could be [continued] disruptions,” says O’Leary, “but I’d be much more concerned about toilet paper.”