Texas Bill Would Bring Email Privacy Into The 21st Century

With any luck, the federal government will follow suit. 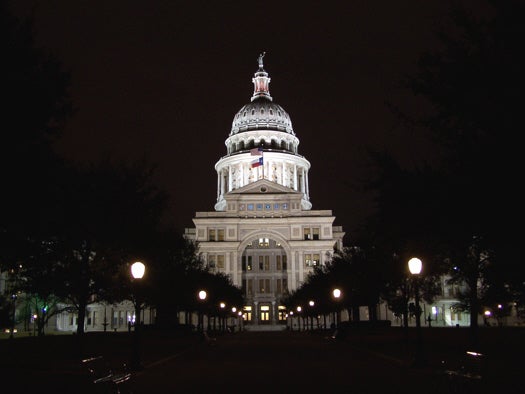 Electronic communications laws are stuck in the last century. The Texas state legislature yesterday sent a bill to the governor’s desk that aims to fix this, updating email privacy protections to reflect modern usage.

The bill, HB 2268, addresses how state search warrants apply to electronic communication and storage. It sets new rules about how and when to issue warrants, including a 10-day window in which the warrant must be executed. It states that police must have a warrant to access data stored in the cloud and clarifies what information can be requested from an electronic communications service provider without notifying the person in question. The text of the bill is deceptive; it spends a lot of time clarifying how warrants work, and on its surface it look like an expansion of power.

But the bill actually limits warrants in Texas for electronic communications, to a much greater extent than federal precedent requires. The relevant law in this case is the 1986 Electronic Communications Privacy Act, which was written long before electronic communication became the national default. It is a broadly interpreted law that removes protections from opened emails or unopened emails older than 180 days. This sounds strange to anyone who regularly uses email today, but back in 1986 it must have made sense to a Senate that still had members born before 1910.

This new bill would change that, in Texas at least. Hopefully, this could be the model for a new national law.

Laws are notoriously slow to keep up with electronic communications. Earlier this month, a Department of Justice investigation into AP phone records revealed that metadata, such as the time a call was made and its duration, is not protected by the 4th Amendment. That’s a problem stemming from phone law, which protects from warrantless wiretap actual conversation, but not the information generated by the phones and recorded by the telephone companies.