Should Police Scanners Be Public?

Several innocent people have been accused of being responsible for the Boston Marathon bombing thanks to misinformation originating from police scanners. Why are these even broadcast? 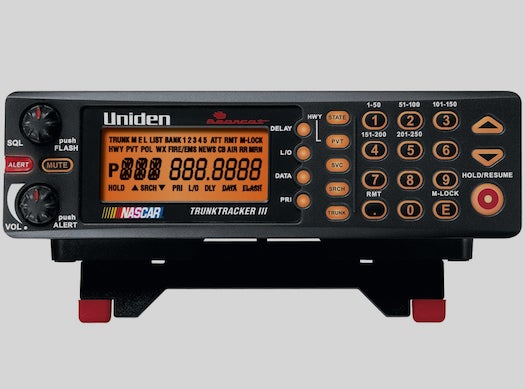 The past week has seen a torrent of information, the majority inaccurate, gushing from the faucets of Twitter and Facebook and Reddit and cable news and tabloids and blog posts. The story has become not so much what happened as what didn’t happen; as BuzzFeed notes, the most valuable service a respectable publication can perform right now is not to be the first but to act as Virgil, guiding the public through the morass of information they already have.

In the midst of all this, one of the most difficult sources of information to parse has been one of the oldest: the police scanner. Until this morning, feeds from the Boston Police Department, broadcast over the web and through apps, were publicly available to anyone. Broadcastify, which calls itself “the radio communications industry’s largest platform for streaming live audio for public safety, aircraft, rail, and marine related communications,” had tens of thousands of listeners. Many of those listeners relayed the chatter they heard to Twitter or Reddit, if members of the public, or through news outlets, if members of the media.

Police scanners seem like reliable sources of information, a direct line to those who know more than anyone else about what’s going on on the ground. News reporters and organizations are posting direct quotes from scanners without any equivocation. You could almost see them thinking, “this stuff originates from the police themselves! It must be real!” Some of these channels, which are essentially just like any AM/FM station, are available to the public, or at least any member of the public with a computer (or, in the past, a $100 scanner). Those are mostly calls from dispatch, according to a detective from the Radnor, Pennsylvania police department who chatted with me about how scanners work. “You can hear police calls, fire calls, EMS calls, public works calls,” he said. (Radnor is the hometown of Sunil Tripathi, a Brown student who became a prime suspect in the minds of the public for a few hours last night.) Lindsay Blanton, CEO of the company that owns Broadcastify, confirmed that, saying “Our feed provider terms of service restrict the broadcast of any law enforcement communications that are not routine dispatch frequencies and talkgroups.”

The police doesn’t much care that these are available to the public. They’re not provided as a service to the public or out of any kind of desire to transparency; many police forces just don’t bother encrypting these radio feeds because they’re not seen as sensitive. This isn’t the only way they communicate; on-duty officers have secure, encrypted lines as well, the detective from Radnor tells me. It’s important to note that there’s no law requiring police dispatch lines to be public; in fact, many departments, like the Pasadena Police Department, have decided to encrypt all of their frequencies. Pasadena cites concern for victims, whose names and locations are often broadcast over the channel, as the reason for the change.

What you hear on the scanner is what the dispatcher or communications center hears: a call that something is happening that requires investigation, and conversation that comes from addressing that call. That doesn’t make it true, of course, nor does the dispatcher or any police officer make any claim to that effect. When somebody calls the police station and says they see a suspicious person lurking in an alley, what the public hears through the scanner is “possible suspicious person lurking in an alley.” If it turns out to be a chair with a coat on it, that’s no big deal for the police; they investigated and resolved the call. But if a member of the media hears that, and the call happens to take place in a city in which a recent bombing has killed three and injured hundreds, that chair with a coat can turn into a terrorist with one tweet.

Early this morning, the Boston Police Department tweeted this:

In response, Broadcastify shut down its scanner feeds, saying “MA State PD and Boston Police have requested via social media to not post search locations for the Boston bombing suspects – the Boston PD feed is temporarily offline due to this request.” This is an indirect request, and a respectful response from Broadcastify; the scanner feed isn’t “offline,” it’s merely harder to find, to try to tamp down the flow of misinformation. Lindsay Blanton, from Broadcastify, told me via email that “we did not receive any formal request – we’re just making the temporary decision for now in light of the extraordinary events.”

An academic paper from a doctoral student at the Indiana University School of Journalism examines the legality and ethics of tweeting information from police scanners more closely. Here’s the conclusion, with the important part emphasized by me:

Tweeting public safety radio traffic – while probably legal and often beneficial – should be done sparingly and under pre-set guidelines designed to minimize the spread of flawed information and avoid compromising the safety of emergency personnel, the public, and media. If followed, such precautions should lessen the need – if not the likelihood – for an aggrieved party to seek legal recourse for alleged defamation.

Broadcastify is a perfect example of why the most important element of the debate is the need for specific rules. Though Broadcastify did eventually cut off the flow of scanner information to Twitterers, it was only done after several innocents had already suffered the consequences of false accusation.

It generally doesn’t hurt that scanners are public. The law states that any criminal in possession of a scanner during the commission of a crime has an increased punishment, to stop them from using dispatch information to make their illegal activities easier, and the most sensitive information isn’t exchanged via these channels. But scanners are assumed to be at best a vital part of law enforcement transparency, and at worst harmless, or even funny. They’re for people like these guys to get their “personal safety, neighborhood crime awareness, emergency preparedness, and excitement!” It’s only now, with the unholy combination of a massive crime story and a relentless need for new information, that police scan dispatches are elevated to the status of unimpeachable, insider fact.

So now we’re reduced to the Boston Police Department having to issue a tweet with the hashtag #MediaAlert to tell us what a police scanner is and when to shut up about it. There’s no law that says Broadcastify had to stop broadcasting the feed that led to an innocent kid from Pennsylvania, among many others, becoming national terrorist suspects. We need some sort of guidance to respond to the increased desire and outlets for information.

Making these rules won’t be easy; this is a battle between transparency and oversaturation that will decide how much we are allowed to know and how much we should know. An absolute decision in either direction leads to chaos; people won’t stand for having a direct line to law enforcement totally shut down, but we’ve proved over the past week that we are in no way responsible enough to handle an unfettered flow of information. It’s delicate, and there are no easy answers, but something is going to need to change.