At the South by Southwest tech/music/film extravaganza in Austin, Texas, Google showed off a few concrete examples of how apps... 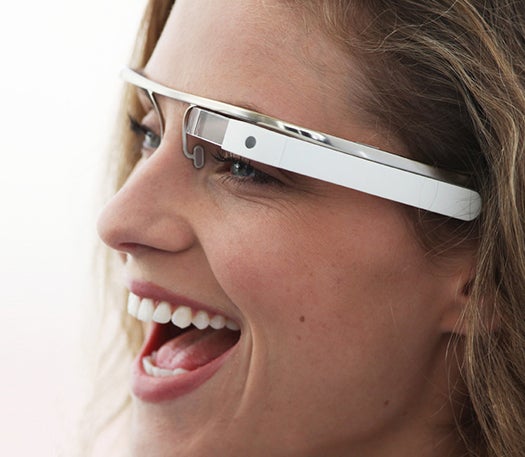 We just saw a concept video of Google's crazy augmented-reality glasses in action this week. Here's what they look like on a human! For more examples of what they'd look like on Joe Biden, Kreayshawn, or a very fat cat, check out Buzzfeed FWD. Google
SHARE

At the South by Southwest tech/music/film extravaganza in Austin, Texas, Google showed off a few concrete examples of how apps work work on the crazy-futuristic Google Glass project. The New York Times, for example, is building an app that’ll show you a story when you ask for “news,” and will read the story to you if you’d like. Gmail, expectedly, will show you subject line and sender of new emails, and let you dictate replies. Evernote, one of the best note-taking services out there, will allow you to save and send photos through its Skitch service.

These are early examples of what Glass can do–according to Engadget, Google said these were the result of sharing the API with “a few friends”–but it’s good to know that even this far before release, Google is getting Glass out there. If Glass is going to live up to its potential, it’s going to need these developers to take advantage of it. We’re excited to see how these apps integrate with the interface we’ve already seen.