Google announced just a month or two ago that they were in the advanced stages of work on a pair... 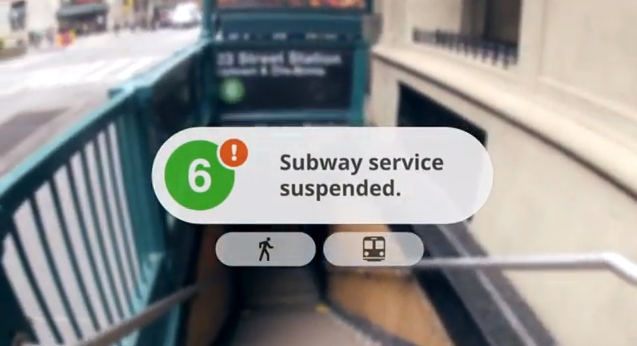 Google announced just a month or two ago that they were in the advanced stages of work on a pair of augmented reality glasses–a concept we’ve been waiting for since some sci-fi writer thought of it in decades ago. The company was short on details or, importantly for our fantasies, imagery, until today, when it posted a concept video showing how these glasses might be used. And it’s pretty amazing. Video after the jump.

It’s definitely a concept video–and to my knowledge Google does not have a map of The Strand bookstore, though I’d certainly like to be wrong about that–but if Google manages to get anything like this into a product people can actually buy (and which doesn’t look like a snorkel mask), it’ll be a jolt from the future.