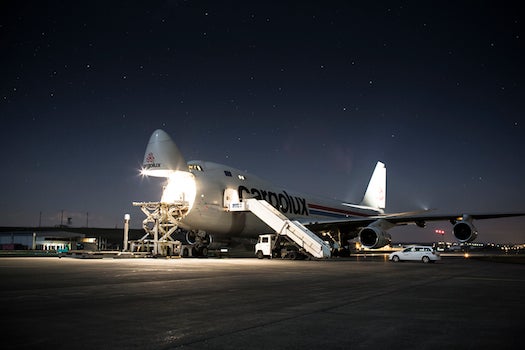 Planes usually eat up a lot of fuel, but one team is trying to make a long flight without any fuel at all. Solar Impulse–a solar-powered plane with a 747-sized wingspan–runs entirely on solar power, and its inventors want to show its chops by sending it on a flight across the United States this year.

But first they had to pack it up and send it to its destination. Despite a big wingspan, the aircraft, called Solar Impulse, only weighs about as much as a family-sized car, which probably helped when the team disassembled it in Switzerland, loaded it onto an actual 747, and shipped it off to San Francisco for its flight from Moffett airfield. In total, the process took six people about 380 man hours. Check out the video of the process above.