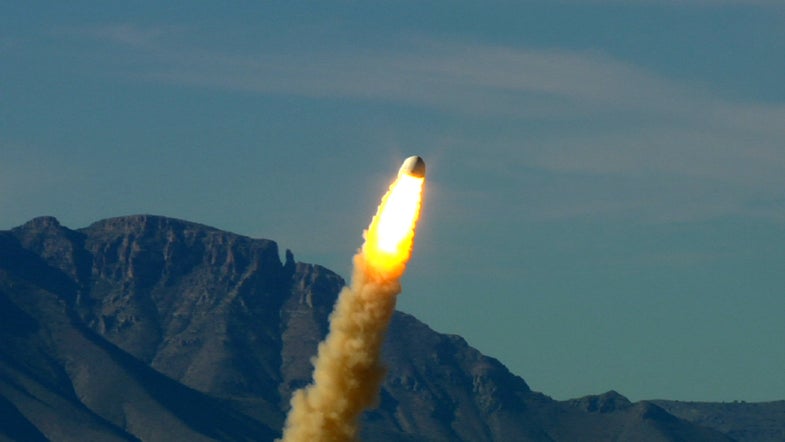 On Friday, private spaceflight venture Blue Origin conducted a successful test of its Pad Escape system, demonstrating that its pusher escape motor system can effectively put daylight between its crew capsule and an imperiled launch vehicle (read: out-of-control rocket booster) should anything go awry during a potential future crewed space launch aboard Blue Origin’s technology. Today, we got our hands on the video.

In it you can see the crew capsule arcing upward some 2,307 feet from a simulated launch vehicle as it travels another 1,630 feet laterally downrange, ensuring that in the case of an actual ascent emergency it not only separates from a malfunctioning rocket but also gets out of its way as well. It then safely parachutes back to down to the West Texas desert floor.

The Pad Escape system is a key part of Blue Origin’s spaceflight scheme, which aims to field a completely reusable manned spacecraft as part of NASA’S Commercial Crew Development (CCDev) program. See it bail out below.