SpaceX’s dream of fielding a spacelaunch system that is completely reusable is inching forward with the successful test-firing of its... 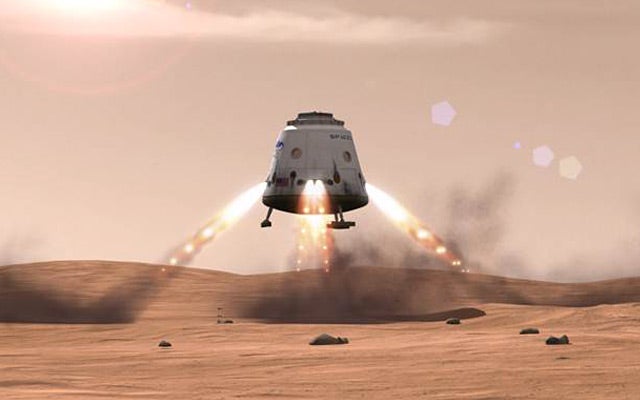 SpaceX’s dream of fielding a spacelaunch system that is completely reusable is inching forward with the successful test-firing of its new SuperDraco engine. The powerful new SuperDraco will be installed in the side walls of the next-gen Dragon spacecraft and provide up to 120,000 pounds of axial thrust, enabling not only on orbit maneuvering, but emergency escape from the rocket tower should something go awry during launch.

The Draco engines currently used on the Dragon spacecraft allow the robotic resupply capsule to maneuver on orbit and orient itself during reentry, but SpaceX has bigger plans for a system that will one day be able to return all elements–including rocket stages–to Earth intact for reuse in later missions. That’s a tall order and a long way off. But the SuperDraco is a step in that direction.

More powerful than the Draco, the eight SuperDracos that will reside in the side walls of the Dragon can essentially propel the Dragon capsule on their own, making it possible for astronauts on board to abort at any time during a launch and separate from the rocket–that is, the controlled explosion–hurling them skyward. That’s a huge advantage over previous launch abort systems, which could only be triggered successfully during the first few minutes of a launch.

They can also be restarted multiple times and can be used repeatedly, meaning they wouldn’t have to be completely re-serviced each time a capsule went into space. During the recent tests at SpaceX’s Rocket Development Facility in Texas, the SuperDraco underwent full thrust firings, full duration firings, and a series of deep throttling demos, passing each test, we’re told, with flying colors. We’re still a ways away from that space capsule that can navigate itself back to the launchpad under its own propulsive force but as the video below shows, we’re getting there.