Mars Rover Curiosity, on its Way to the Red Planet, Finds Out What a Solar Storm Feels Like 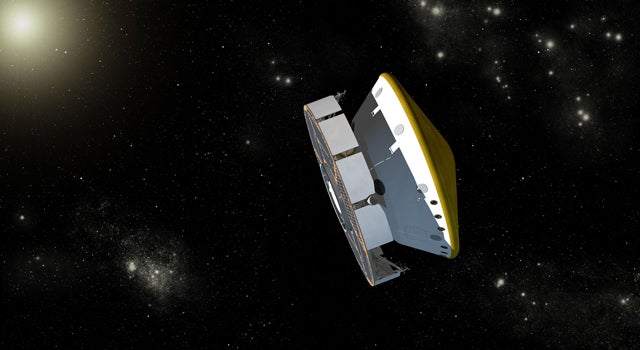 Last week’s solar eruption and resulting radiation bombardment–the biggest recorded in seven years–made its presence felt here on Earth via altered flight paths for some planes in the Northern Hemisphere and a certain degree of hand-wringing over the health of satellites in the solar storm’s path. But it also made an impression far from Earth aboard the Mars Science Laboratory spacecraft, currently cruising the interplanetary space between Earth and Mars.

Tucked inside the MSL spacecraft, the Curiosity rover’s Radiation Assessment Detector (RAD) registered the effect of the solar radiation burst. The radiation storm doesn’t appear to have damaged the spacecraft or the rover inside. But the incident does present researchers with an unprecedented opportunity to study the effects of solar radiation on the inhabitants of a spacecraft, lending them insight into the challenges inherent in any future manned interplanetary space mission.

RAD was designed to measure the impact of radiation on the surface of the Red Planet, but for the duration of MSL’s nearly year-long journey to get there it is downlinking data gathered along the way once every 24 hours. According to mission handlers, the data recorded during the solar surge hasn’t been completely parsed yet, but the event itself is very apparent in the numbers streaming back from MSL.

That data could give scientists a far greater understanding of the severity of radiation exposure to subjects inside a spacecraft and what kind of radiation shielding would be necessary for sustained human space travel (like that necessary to reach another planet like Mars). That in turn will inform future spacecraft designs and–hopefully–pave the way for manned missions into interplanetary space.

Call it a stroke of cosmic good luck (assuming that the radiation burst really didn’t damage any systems aboard Curiosity) that the solar radiation burst and MSL crossed paths. Here we thought Curiosity wouldn’t start yielding meaningful science data until it touches down on Mars in August. It looks like the rover is already hard at work.