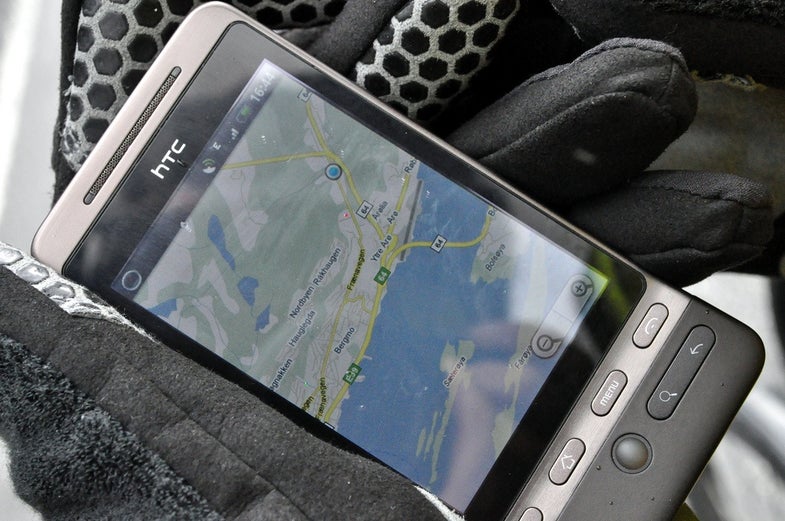 Plenty of hay has been made over which apps and cell phones track our movements, but so far it has been difficult to accurately determine where we’re going next — people can be unpredictable, after all, and make dinner plans at random new places on a whim. In that case, what’s a prediction algorithm to do? Track all your friends, too, it turns out.

A team of British researchers developed a new algorithm that can predict where you’ll be within 24 hours, with 20-meter (about 65-foot) accuracy. This is a major improvement over other attempts to predict future movements, which have been based in cell phones and even in some cars. These systems track your location over time to determine patterns and habits throughout the days and weeks, figuring out likely destinations at certain periods. But what about when the pattern is disrupted?

Mirco Musolesi, Manlio Domenico, and Antonio Lima of the University of Birmingham combined individual tracking data with data from everyone in a subject’s phone book. Their algorithm finds correlations between a user’s phone and the movements of contacts in that phone’s contact list, and can make an educated guess about where a user is going — even if it’s a major deviation from that person’s normal routine. Even if you change your typical path by huge margins, the algorithm’s error rate is only about 65 feet, less than an average city block.

The algorithm won Nokia’s Mobile Data Challenge, but it could have some real-world implications, too. Location-based services could use it to predict where you might eat lunch tomorrow, for instance, and send you coupons for restaurants in the likely vicinity. This could be attractive for businesses that would love to take advantage of your spontaneous activity, along with your humdrum daily routines.

Or in a more ominous scenario, authorities could use location-prediction to predict future crimes and where they might occur, something that’s already being done on city-wide scales in places like Santa Cruz, Calif. The main obstacle would be privacy — but as Slate points out, plenty of location-service users have no problem giving away where they are, at all times. Just look at services like Foursquare, Yelp or even Facebook. People like sharing where they are and where they plan to go — so it’s not a far leap for advertisers, or others, to start following along with those plans.