Use Your Body’s Electrical Field To Uniquely Identify Yourself

You are unique. This is one of the more obscure ways you’re unique: An alternating current of different frequencies running... 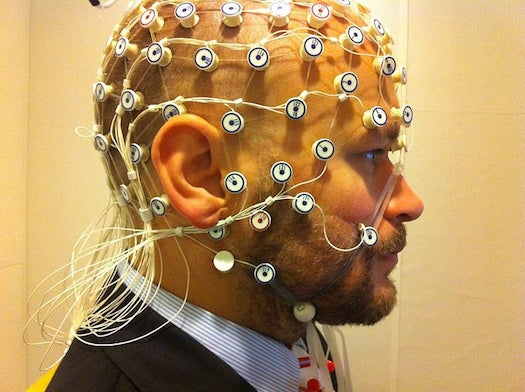 You are unique. This is one of the more obscure ways you’re unique: An alternating current of different frequencies running through you causes a reaction that’s noticeably different from anyone else’s. Researchers from Dartmouth University are trying to put this difference to use by creating wearable electronics that respond to–and only to–their intended user.

The design they’re discussing is called “Amulet,” a device “not unlike a watch” that could take a measurement like this, confirming the identity of a person. The device would use small electrodes to measure how the body’s tissue react to the alternating current, which changes from person to person. It’s a lock that’s keyed into your biology; when it’s set up with the device, it only unlocks it for you.

After that, it gets even better: once that connection has been established, researchers say, that device can coordinate with others. Those devices would join the party through physical contact–maybe as easily as being slipped into a pocket, and staying securely rooted in your unique biology.

A system like that could be used to better monitor a person’s health; a single device attached directly to the body could monitor that person from anywhere, without causing wireless security concerns. But researchers are conceding that a better way of reliably interpreting the data coming from the sensor will still take time, and reliability is more than a little important for something like this.