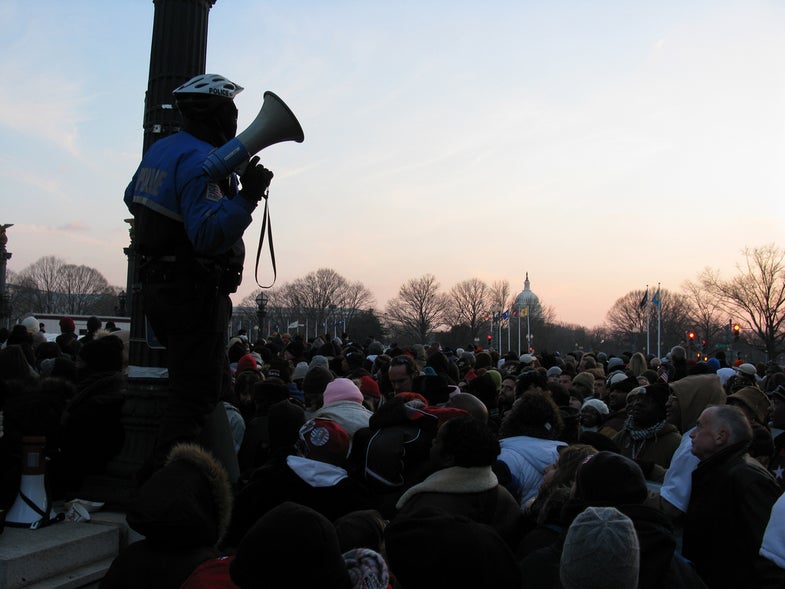 How quickly can an organically grown network of manhunters find five fugitives in five different countries? Later this month, the U.S. State Department aims to find out. The Tag Challenge will pay $5,000 to the people who find all of them first.

With nothing but a mug shot and a short bio for background, players will have to use social media to locate and take photographs of five “suspects” in Washington, D.C., New York, London, Stockholm and Bratislava. The point is to find out how well social media can be used to accomplish a real, time-sensitive law enforcement goal.

It’s inspired in part by DARPA’s Network Challenge, a bizarre national balloon hunt that experts initially said was impossible but was accomplished in nine hours. In that challenge, MIT researchers devised a payment system that rewarded accurate balloon-finding tips as well as the people who invited the finders. That contest was worth a more handsome $40,000, however.

The Tag Challenge premise: Five jewel thieves have lifted the world’s 3rd most valuable diamond from a showroom in Washington, D.C., and split to the five different cities. The person or team who finds them and uploads all of their photographs will win $5,000, courtesy of the State Depatment. The contest was devised in part by J.R. Lara, a grad student at George Washington University, who attended a conference on trans-Atlantic security and social media, according to Danger Room. He wanted to test whether social media could actually result in actionable intelligence, he tells DR.

The suspects’ mug shots will be unveiled March 31, which is go time for the contest. Find out more about it here.